According to the movie news website Discussing Film, the live-action Masters of the Universe reboot may forgo a theatrical release and be released exclusively on Netflix instead. Sony Pictures has been developing Masters of the Universe movie since 2007. The website is reporting that it is currently unknown if Sony will stay involved in the project, or if the studio will officially back out. No official word yet from Sony Pictures regarding this, but Sony Pictures has removed the reboot film from its release schedule, as reported by Deadline. At a reported budget of over $130 million, and after the box-office failure of Men in Black: International, Masters of the Universe might be too expensive of a movie for Sony to risk making at this time.

Netflix could be a very good move for the movie, both financially and commercially. In 2019, Netflix announced two new animated He-Man productions: the return of He-Man and the Masters of the Universe in an all-new animated CGI animated series, and a separate anime series from called Masters of the Universe: Revelation being developed by Kevin Smith. Release dates for both He-Man animated shows have yet to be announced. The shows will be produced by Mattel and Netflix. Netflix also has produced the award-winning animated series She-Ra and The Princesses of Power. 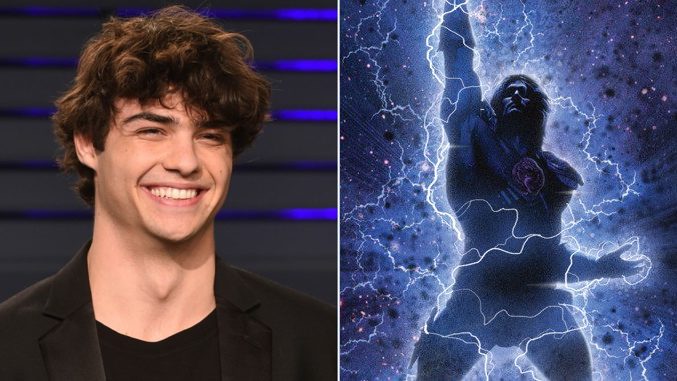 Noah Centineo has been cast to play He-Man in the new Masters of the Universe movie from Sony Pictures. Noah Centineo is known for his role in the television film How to Build a Better Boy (2014), and the 2018 Netflix romantic comedy films To All the Boys I’ve Loved Before and Sierra Burgess Is a Loser. Noah will be seen in the new “Charlie’s Angels” later this year. Centineo is repped by Definition Entertainment, CAA and Myman Greenspan.
The Nee Brothers (Aaron and Adam Nee) will be at the helm of the Masters of the Universe movie. They will replace previously-attached David S. Goyer (Krypton, Blade: Trinity, The Dark Knight). Goyer is still credited as a screenwriter and executive producer on the movie, which is based on the popular 80s toyline from Mattel.
Masters of the Universe is based on the popular Mattel toy line, and spawned several animated series (including the spin-off cartoon series, She-Ra: Princess of Power), along with a 1987 live-action film starring Dolph Lundgren as He-Man and Frank Langella as Skeletor. The main premise of the series revolves around the conflict between the heroic warrior He-Man and the evil Skeletor on the planet Eternia, with a vast line-up of supporting characters. Masters of the Universe takes place in a hybrid setting of medieval sword and sorcery and sci-fi technology.
Escape Artists’ Todd Black, Jason Blumenthal and Steve Tisch are producing the film. Mattel’s Julia Pistor will executive produce on behalf of the toy company.

Check out this cool “Cosmic Key Skeletor” by Mantisaur82 Customs! I was inspired with different showings of hoodless Skeletor in the minicomics and especially The New Adventures Battle Blade Skeletor figure, with long black hair on […]

The Power of Grayskull team returns with this expanded episode that takes viewers onto the 2015 London Comic Con show floor, into FauxPop Station for the shooting of the Kickstarter teaser trailer, and out on […]