Director Kevin Smith (Clerks) announced Sunday at Power-Con that a new “He-Man” anime series, “Masters of the Universe: Revelation,” is coming to Netflix. Smith will serve as both showrunner and executive producer on the animated series.

Here is what Smith had to say to the fans:

I’m Eternia-ly grateful to Mattel TV and Netflix for entrusting me with not only the secrets of Grayskull, but also their entire Universe. In Revelation, we pick up right where the classic era left off to tell an epic tale of what may be the final battle between He-Man and Skeletor! Brought to life with the most metal character designs Powerhouse Animation can contain in the frame, this is the Masters of the Universe story you always wanted to see as a kid! 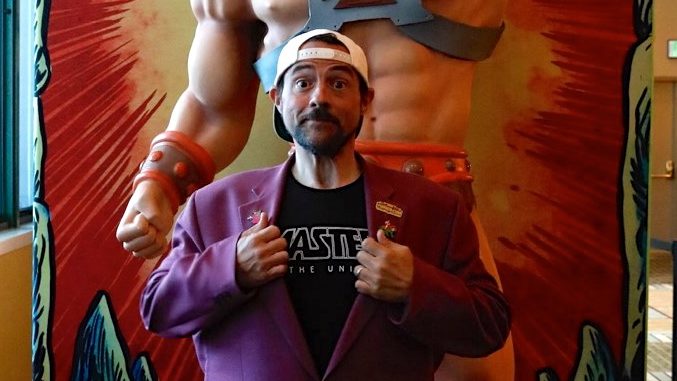 Smith teased that the new series will be a continuation of the original series, and resolve the older storylines. Here is the synopsis for the Netflix series:

The announcement at Power-Con did not include an expected release date for the series.

Review: Masters of the Musical Universe

Masters of the Musical Universe A review by Simon Springer I recently had a once in a lifetime opportunity. Never in my life did I think I would have the chance to meet He-Man and Skeletor […]

“He-Man of Grayskull” by Reyad Yousri

Reyad Yousri has shared with us his amazing new painting of He-Man! I keep asking myself what it is that I like best about like about He-Man. Absolutely, it wasn’t the best animated series in terms of art […]

Check out this amazing picture of Fisto by Nathan Rosario. I have been a Masters of the universe fan since childhood. As an adult I still find myself sketching these characters that have been inspiration to […]