After less than three months, DreamWorks and Netflix’s She-Ra and the Princesses of Power returns with another full 13-episode season. A sea-change occurred back in August at the conclusion of season three, which resulted in new directions and designs for familiar characters. That wasn’t too long ago, so I’ll try to keep this as spoiler-free as I can.

In the new status quo, the war between the Princess Alliance’s Great Rebellion and the Evil Horde has heated up. The stakes are raised after She-Ra and the others lose some critical battles. For once, Hordak’s forces seem one step ahead. It finally feels like the bad guys might win. 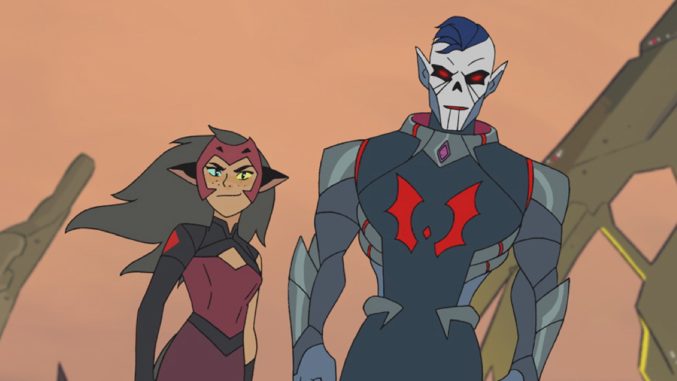 After the climactic events at the end of last season, there’s a large and very understandable rift opening between Glimmer and Adora. Meanwhile, Catra must confront the emptiness at her center – if the Horde’s victory can’t make her happy, can anything? Season four features some great development for characters such as Scorpia and Shadow Weaver, as well. 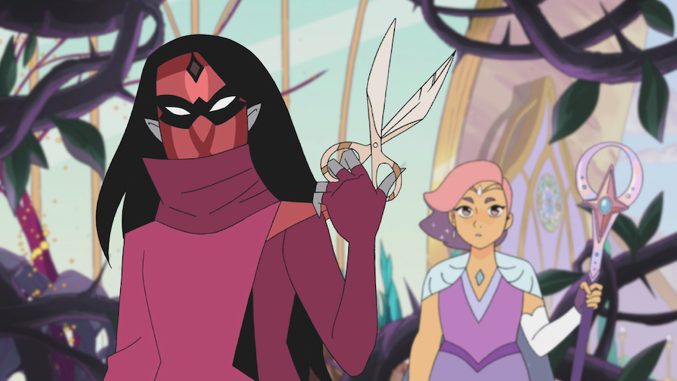 Showrunner Noelle Stevenson also mixes up the format. Two of the season’s highlights include such off-kilter episodes – a locked-door “mer-mystery” at the midpoint, and another told entirely from the fractured mind and point-of-view of Madame Razz.

Familiar locales, like the Crimson Wastes, are revisited while the map expands to finally reveal the oft-mentioned Beast Island. While series regulars like Adora and Bow have plenty of time to shine, the spotlight also falls on some lesser explored Princesses, such as Spinnerella and Netossa. New characters such as Flutterina are brought in and used to great effect. But the biggest game-changer is the introduction of the Horde’s double agent, Double Trouble. 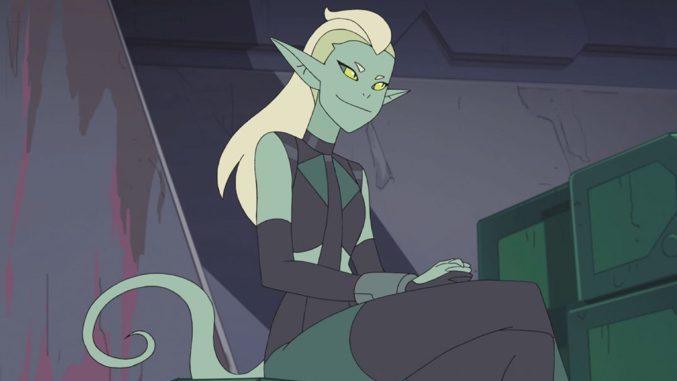 There were quite a few headlines generated by their inclusion, and for good reason. Double Trouble is a non-binary character and is voiced by Jacob Tobia, a gender nonconfirming celebrity and LGBTQ+ spokesperson. This sort of representation, including the use of Double Trouble’s “they/them” pronouns, is a large step forward. Even for a show that prides itself on inclusion, it feels like a big deal. 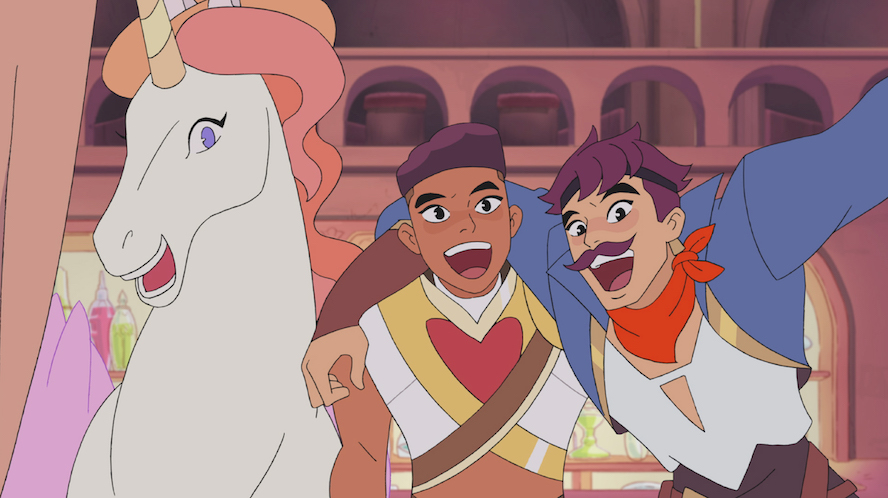 She-Ra and the Princesses of Power season four benefits from its full season status. Seasons two and three felt like jarringly dissected halves of a whole, while four is allowed to tell its whole story from beginning to end. It offers some surprises and fan-service for viewers, while also continuing to tell incredibly personal stories with interplanetary stakes.

She-Ra is a good show, and season four is as good as it gets.

All 13 episodes of She-Ra and the Princesses of Power Season 3 are available for streaming on November 5th on Netflix!

The Meteorbs: Should they be part of Masters of the Universe Classics?

He-Man fan Joe Amato has started a “Bring Back The Meteorbs!” petition at Change.org. Ever since the debut of Masters of the Universe Classics back in 2008 we have seen every faction represented except one, […]

A message from MattyCollector regarding the Earl Norem-inspired King Hssss snake torso. I know you guys have been wondering about King Hssss and now that I have some concrete answers I can share what’s going […]

Super7 presents “Skeletor’s Lair – The Curse of the Three Terrors”. More details and announcements about Super7 + MOTU events and exclusives will be made in the coming days as we get closer to San Diego […]