Simon Eckert (AKA Scebiqu) has shared with us his beautiful Masters of the Universe paintings of Teela, The Sorceress, Shokoti, and Catra.

Filmation undisputedly had a special talent when it came to creating female cartoon characters. These are my tributes to some of the most gorgeous characters. 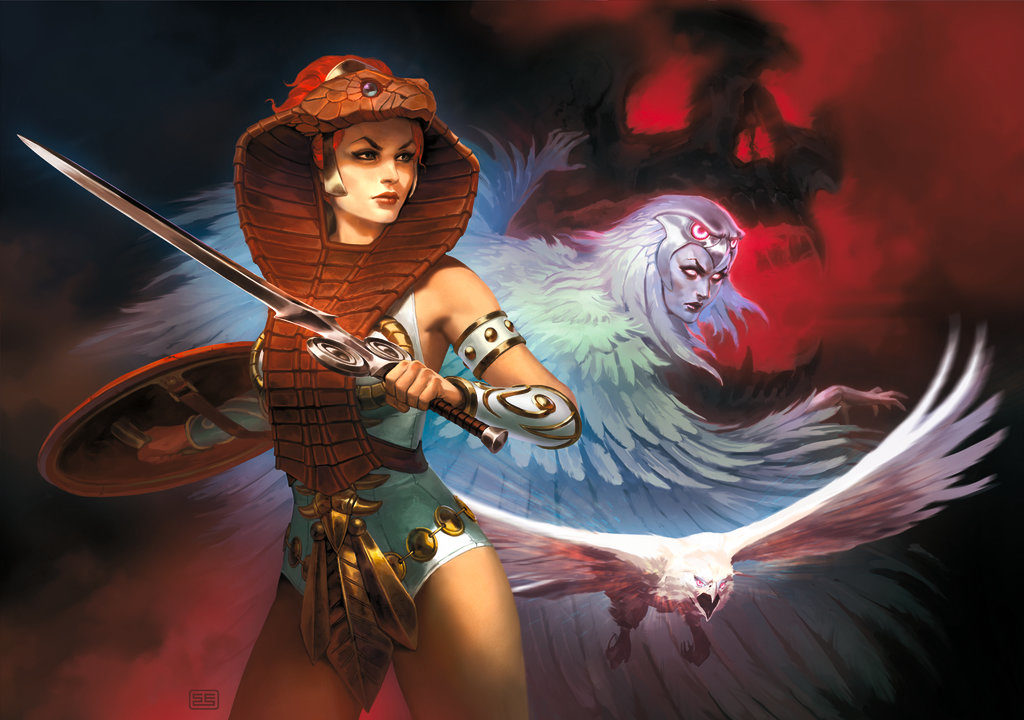 Teela: Warrior Goddess from Masters of the Universe. She is the daughter of the Sorceress of Grayskull and according to MOTU lore will one day take her place. I included the sorceress along her eagle self Zoar and the spirit of castle grayskull, which is kind of a proto sorceress and thus completing the trinity. 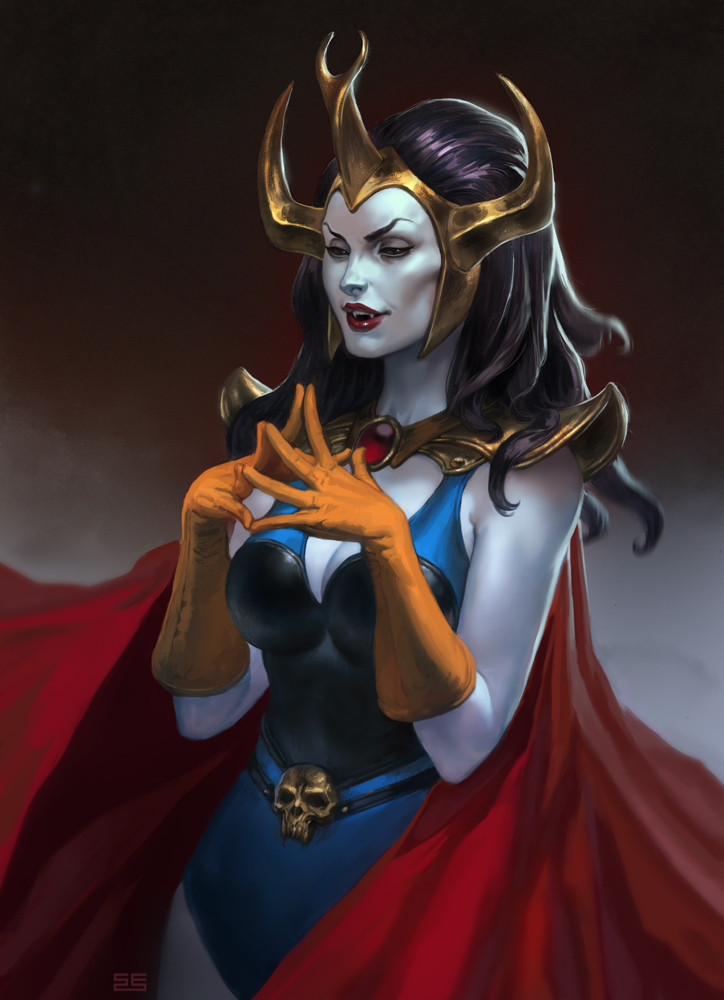 Shokoti, a villainess from the old Filmation He-man cartoon. Appearing in the episode House of Shokoti pt. 2 which was agreeably of one of the best Episodes. I just wanted to add a little color to a sketch and keep it sketchy, but somehow got carried away with rendering again. Don´t really know whats going on with the pose, probably she´s like “excellent Lord Masque, everythings proceeding as I have forseen!” 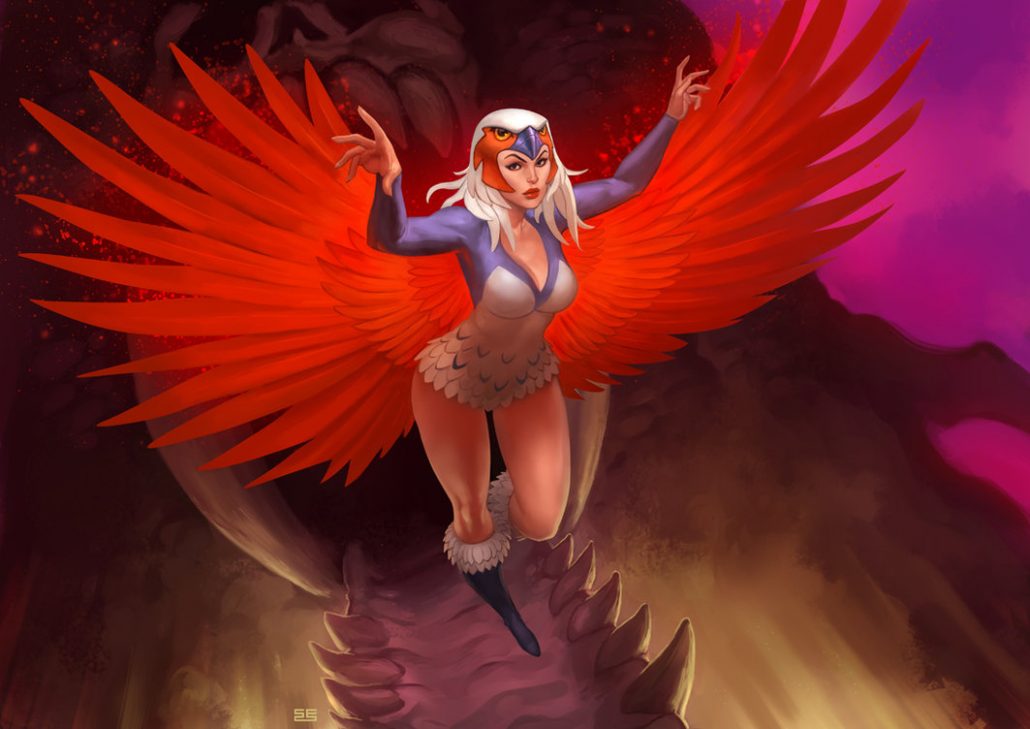 The Sorceress. A little fanart to celebrate 30 years of Masters of the Universe. I just watched a few episodes of the old Filmation cartoon again and though it has a lot of weaknesses I still like it and simply love the striking and elegant design of the Sorceress. 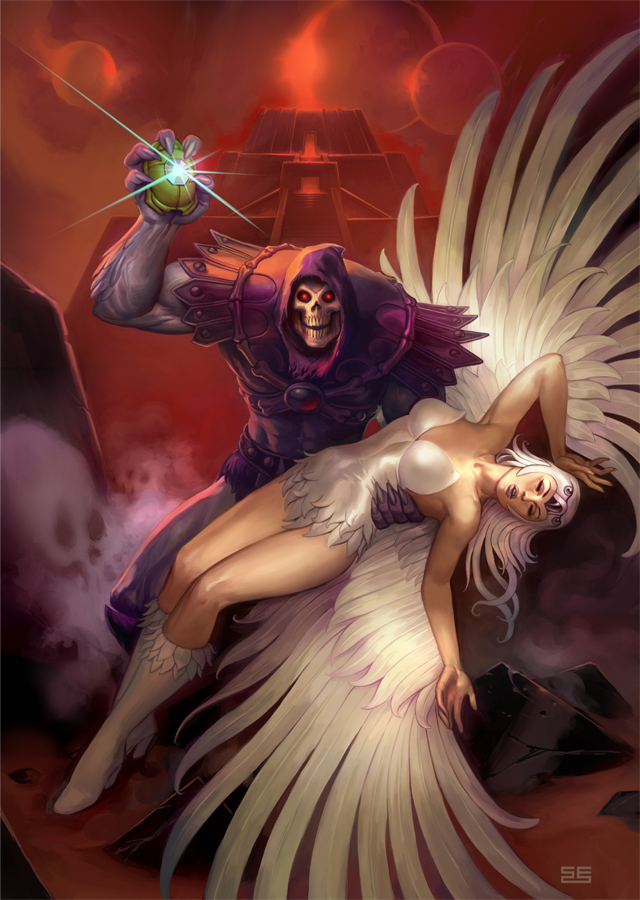 I remember the Temple of Darkness mini comic as a pretty common one, at least I owned it several times as a kid. The torchlit temple and pitch black sky had a dark and mysterious atmosphere. It definitely was one of my favorites. Doing a homage also gave me the chance to draw the Sorceress once again. 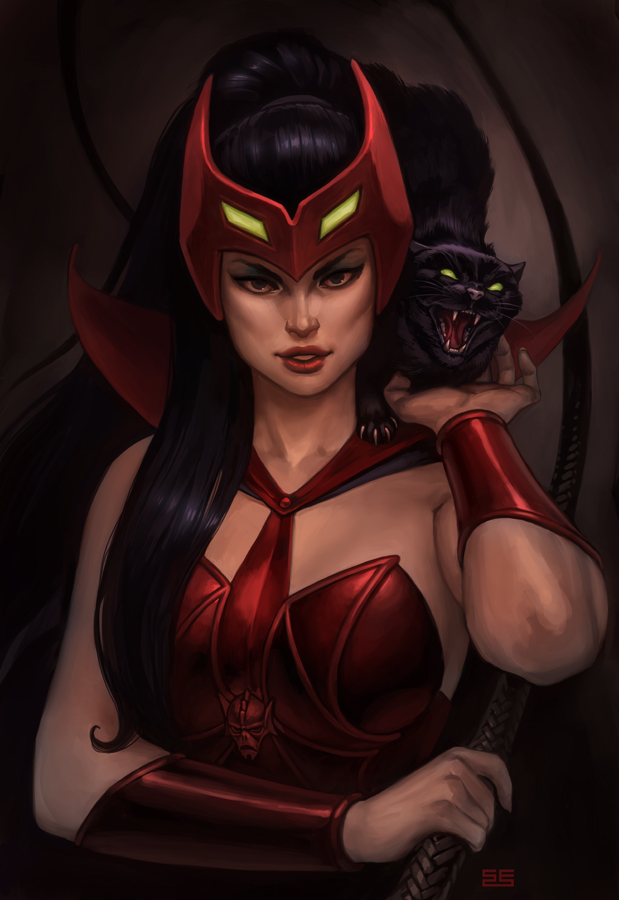 Catra: The villainess from the She-Ra Filmation Cartoon.

You can see more great artwork by Simon Eckert by clicking HERE!

See what the fans are saying at the He-Man World FORUM!

Brandon Moore’s promotional album with selections from the TOY MASTERS orchestral score is available from the composer. The music on the promo highlights some of the key moments from the documentary like the early day […]

USA Today has posted some exciting pictures of the upcoming Mattel toys to be featured at SDCC 2016. Among the toys was this fantastic looking She-Ra Barbie action figure. She has the power! An 11-inch […]