Check out this awesome custom of Rattlor, based on the early concept design by Roger Sweet from the vintage Masters of the Universe toyline.

Early concept Rattlor: This concept figure is based on the original Rattlor design by Roger Sweet. The animation model for the character was designed by Bruce Timm, back when he worked on the MOTU mini-comics in the 1980’s. The green and yellow colour scheme used on the character was added years later by James Eatock to flesh out the character. 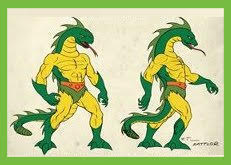 This was one of the first takes on Rattlor, and I view him as a more savage version of the character. Axel Giménez, the artist who recently created many of the new mini-comic characters by Mattel, recently revealed that this concept of Rattlor from the 80s was his inspiration for the new character “Strettch Nek”. This is what inspired me to make this figure.

Recipe: Most of it comes from the original Rattlor including neck, buck and tail, and upper arms. I used a furry loin with orange belt, Sy-Clone legs, and Clawful feet. The snake head comes from the Serpentine King Hiss figure. The scales on his back come from a dollar store dinosaur that I cut off and glued on his back in sections. The “Snake Scythe” accessory is made from a modified snake men staff, which I gave an extra blade to from a fodder bin, and took the bottom the snake staff and added the spear point form King Randor’s spear. I wanted to take things that looked vintage from the toyline and make them into something modern. 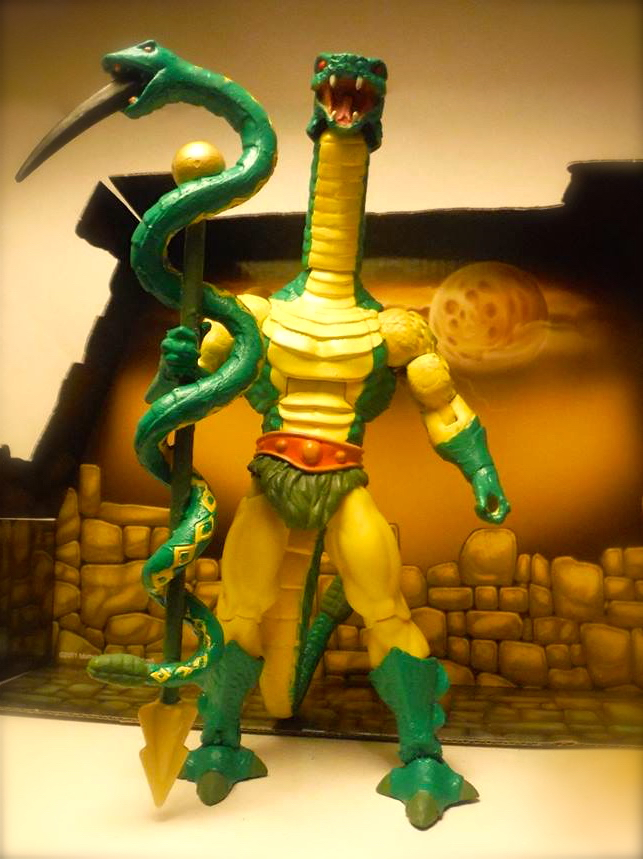 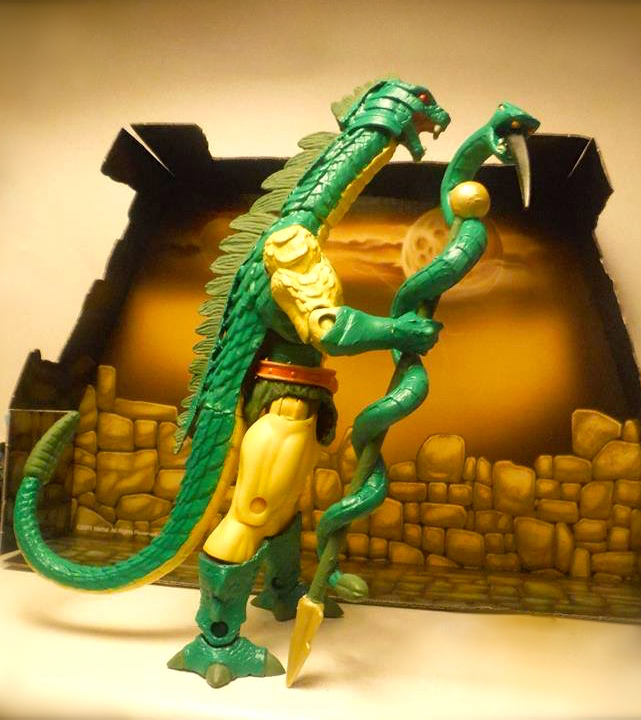 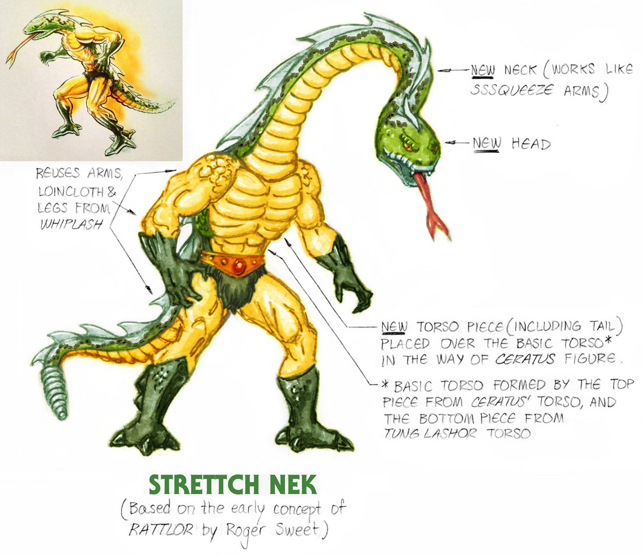 You don’t have to Travel to Eternia to gain the Power of Castle Grayskull! The Black Friday SALE is on now at HAN CHOLO! Save 30% OFF on amazing MOTU jewelry, as well as other pop culture […]