She-Ra and the Princesses of Power, the acclaimed series from DreamWorks Animation and Netflix, returns for its second season on April 26th. While retaining the same stellar voice cast and slick visual style, the series now digs deeper into both the characters and lore established in the first thirteen episodes.

Picking up several weeks after the Battle of Bright Moon, the plot concerns Adora’s continued growth in her She-Ra persona. She pressures herself to become more powerful, not only to save Etheria, but also to prove that she can succeed where the previous holders of the She-Ra mantle failed. 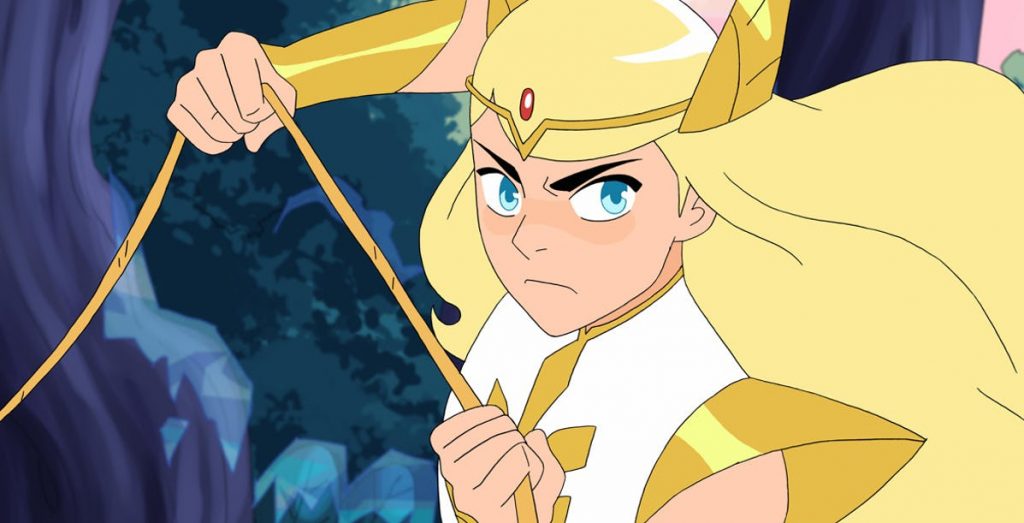 Meanwhile, the newly reassembled Princess Alliance remains on the defensive against the Evil Horde. The varied characters and their big personalities don’t always mesh well, and a pall is cast over their union by the loss of Entraptra, the Princess they left behind. While Glimmer and the other Princesses are more powerful than ever, the truth of what happened to Entraptra threatens to destroy everything they’ve built.

As great as the stakes and interpersonal dynamics are, She-Ra is also incredibly fun. Each bright, colorful episode is full of character-driven humor and enough goofiness to offset the drama. The joy radiated by characters like Bow and Scorpia are downright infectious. 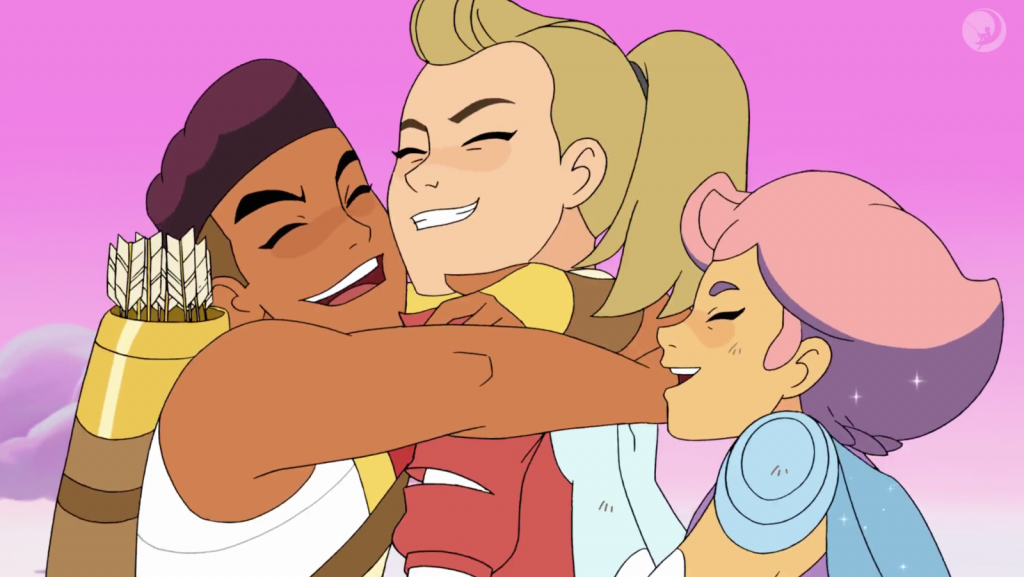 Force Captain Catra remains one of the most complex and well-rendered villains in modern pop culture. Her falling out with Adora last season continues to propel her forwards, as she tries to both destroy Adora and prove she’s better than the motley group of Princesses that Adora chose over her. Catra’s pathos is palpable, and she’s occasionally more compelling than her counterparts in the Resistance.

Enough cannot be said about the positive representation in She-Ra and the Princesses of Power. The characters all vary in their shapes, sizes, ethnicities, and sexual orientations, but everyone is treated as equal and special in their own way. It’s wonderful to see same-sex couples presented as no big deal in a show aimed for a younger audience. Its nomination for a GLAAD Media Award is well deserved. 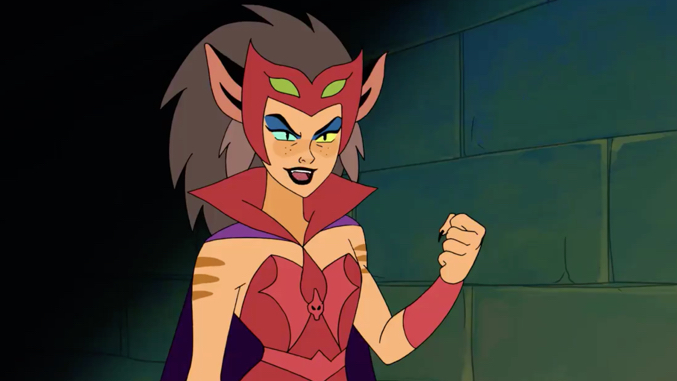 The first season was all about discovering the characters and the rich history of Etheria, so the second season, where so much has already been established, may lack a little of that brand new sparkle. Still, this allows series show-runner Noelle Stevenson to explore the characters and concepts in greater depth. It is well worth a watch for fans of season one, and its high level of quality should convince anyone who still hasn’t tried it to jump on at the beginning.

All 7 episodes of She-Ra and the Princesses of Power Season 2 are available for streaming now on Netflix!

After Queen Angella’s heroic sacrifice, it’s Glimmer’s time to take the throne. But her reign as Queen begins during the most chaotic time in Etheria. With Horde Prime’s arrival looming, the princesses begin to lose […]

Han Cholo is giving the fans of He-Man World the opportunity to get their hands on the last remaining exclusive pins from Power Con 2019. What treasures you ask… well, they have the Gold 3D […]

A trailer for the new He-Man and the Masters of the Universe series has been released today by Netflix. In this new series, mighty teen Adam and his heroic squad of misfits discover the legendary […]