Mad Duck Posters have just released two new licensed Masters of the Universe posters by Emiliano Santalucia! Emiliano’s posters are titled “Age of Preternia”.  The artist has created both a regular and variant version of the artwork and had the following to say:

As a long time He-Man fan, I was always intrigued by the mysteries of the cancelled The Powers of Grayskull line. When the possibility of producing the never released figures of Eldor and He-Ro came up in my talk with Super7, I wanted to create some new art to celebrate the concept. But I couldn’t stop at just illustrating He-Ro and Eldor, so I designed two of the characters that would have probably played a major role in the series: Sharella and Keldor!

While Sharella take cues from the fan’s theory that she is portrayed in the  Megator’s box I wanted to give her something more, so I created a tribal mask that she wears in the variant version of the poster. Also in the variant, I illustrated a cloaked Keldor. I didn’t want him to resemble too much his 2002 version, so I tried to reimagine him as a figure straight from the 1987!” 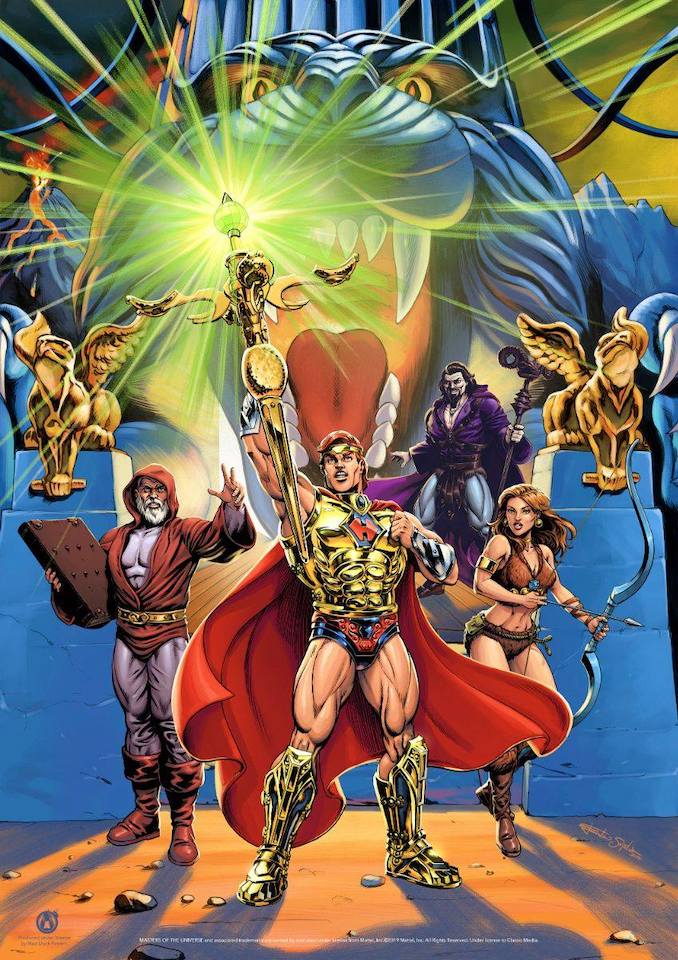 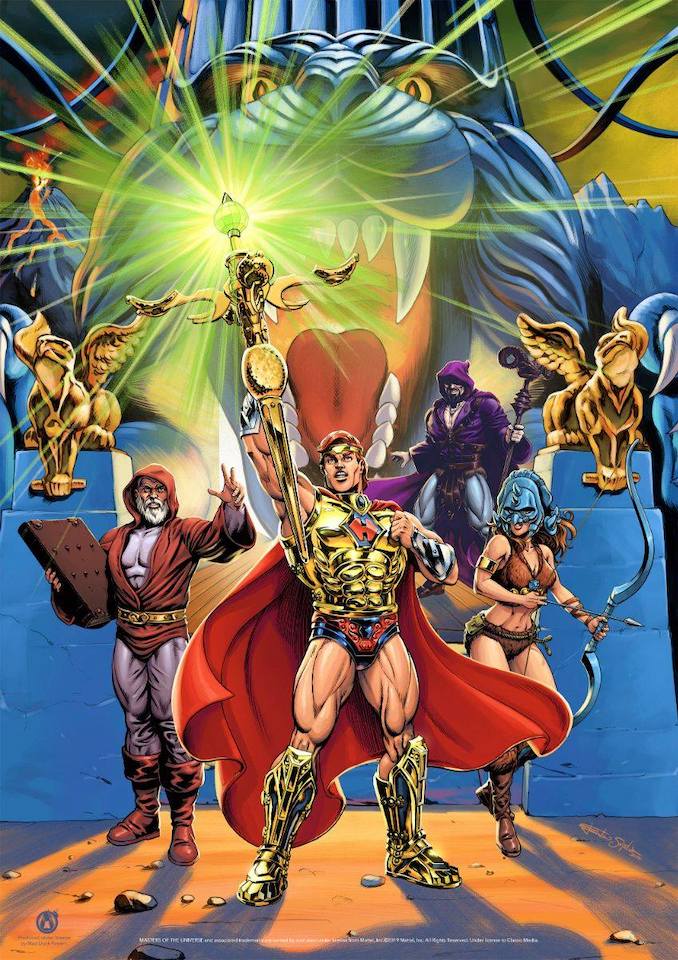 These awesome new posters by Emiliano Santalucia go on sale this Friday, May 17th at 12pm ET.

You get your posters by clicking HERE!

Final Cover for the Minicomic Collection from Dark Horse!

Take a look at the finalized cover for the He-Man and the Masters of the Universe Minicomic Collection from Dark Horse Books! You can pre-order your copy of the book by clicking HERE! See what […]

A message from Super7: Hi Masters of the Universe Fans- The timeless and epic Eternian clash between the forces of good and evil has been immortalized by the great Jason Edmiston in this new and […]