A message from Mad Duck Posters:

This week we are releasing new licensed Masters of the Universe posters for the “Dragon’s Gift” by Gabriel Luque!

In Masters of the Universe lore, there are two different versions of the “Dragon’s Gift” story. Both version are similar, but also have some distinct differences. We are releasing posters for both!

The regular version is based on the 1983 Filmation cartoon episode “The Dragon’s Gift” and features the cartoon colors, including the “Great Magic Wielding” red dragon Granamyr!

The variant is based on the 1984 mini-comic “Dragon’s Gift”, and features the mini-comic colors, including a green version of Granamyr!

If you would like to read more about the different poster versions, including more cartoon and mini-comic information and pictures, head over to the Blog!

The posters will be available for purchase tomorrow, Tuesday, June 26th at 12PM Eastern HERE! 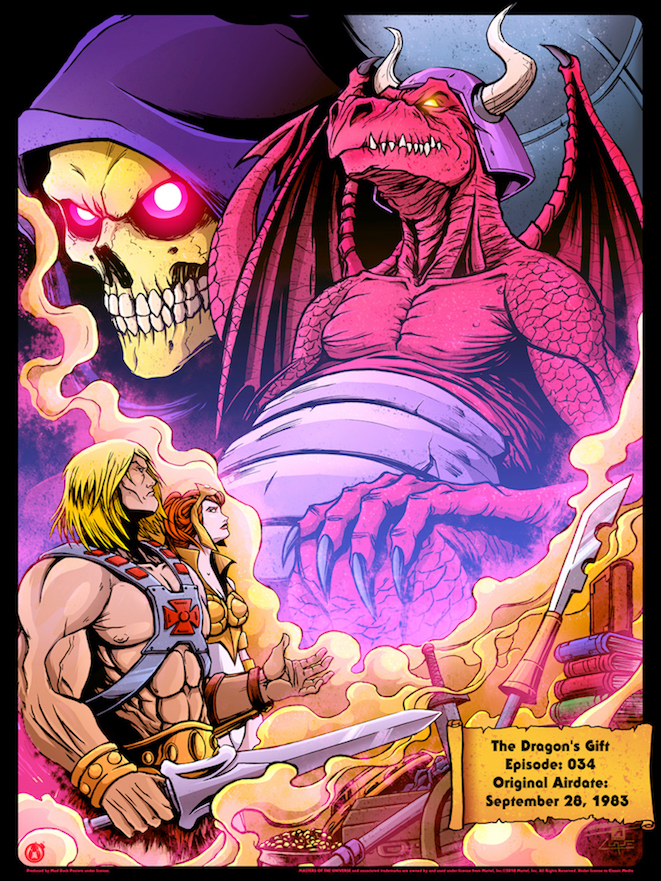 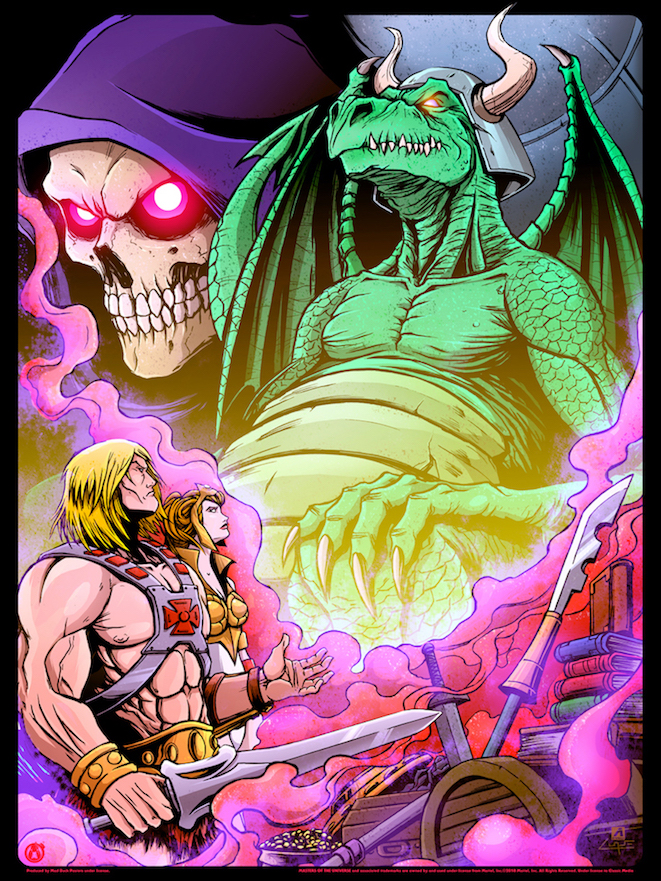 You don’t have to Travel to Eternia to gain the Power of Castle Grayskull! The Black Friday SALE is on now at HAN CHOLO! Save 30% OFF on amazing MOTU jewelry, as well as other pop culture […]

Check out this amazing cardback mock-up of Skeletor by Carlos Valenzuela. The artwork is done in the vintage style featured on the original toy packaging from the 1980s, featuring the modern version of Skeletor from the […]

A Look Inside the Errol McCarthy MOTU Art Collection