New Millennium Theatre kicks off their 20th Anniversary season with The Tragedy of He-Manlet, Prince of Eternia. Written by Adam “Roz” Rosowicz and Directed by Ali Keirn, this original parody is full of adventure and 80’s nostalgia! This hilarious comedy runs from August 24th through September 10th.

Something’s rotten in the state of Eternia. The king is dead, and it’s up to Prince Adam to seek justice or lose the figure of action! It’s Shakespeare meets Saturday morning in a brand new iambic pentameter adventure that begs the question; “To He, or not to He?” In the end, “He-Manlet” is a very personal story about being true to one’s self and the secrets we keep. It’s about the roles we find ourselves in, and the difficulty of breaking those molds. It’s about good versus evil and standing up against a world gone mad. It’s about tragedy and loss and Shakespeare’s finest play. But mostly it’s about a sweet ass Saturday morning cartoon from the 80’s that ended every episode with a lesson about being a better person. 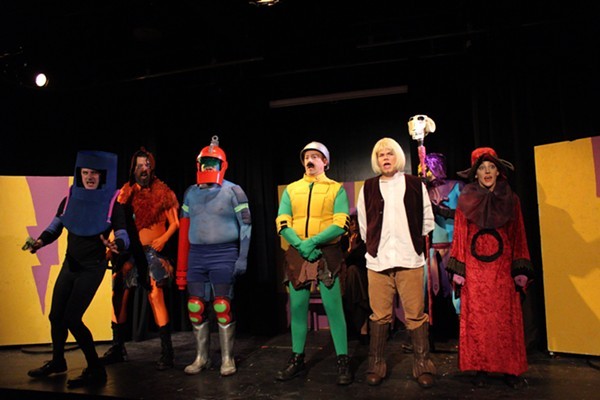 August 24th through September 10th, Thursdays through Saturdays at 8:00pm with Sunday matinees at 3:00pm. Matinee only on Saturday, September 2nd, no show on Sunday, September 3rd

Sideshow Collectibles is having a FREE Evil-Lyn statue giveaway contest! Evil-Lyn goes up for pre-order on Thursday, March 17th. ONE (1) randomly chosen person that enters this giveaway will win the Exclusive Evil-Lyn Statue once […]

New Photos of the Skeletor Statue from Sideshow

Coming this Fall: Masters of the Universe Eternia Minis

Great things come in small packages! The Masters of the Universe Eternia Minis are back in action this Fall 2020! The Mini Figures will be sold as blind boxes, and each will come in a […]