Simon Soltau (aka SiMo Sol) has finished work on an amazing oil painting that pays homage to the original mini-comic “King Of Castle Grayskull”.

“He-Man: The Prophecy Of The Legend” is the recreation of the last page of the very classic mini-comic “King Of Castle Grayskull” as a huge oil painting 80/120 cm (about 31,5 x 47,2 inches). The original artwork was made by Alfredo Alcala over 35 years ago. The painting’s title is directly taken from the original page text itself.

The painting process took about 120 hours in 2.5 months. As a reference for Teela I choose Grace Kelly. In my opinion, she is the incarnation of beauty. I did not want to make any compromises, I wanted a gorgeous and sexy Teela, but also an adult woman. My take is not the teenage Teela a lot of people have in mind. She is a gentle warrior queen. Grace Kelly was a perfect choice. The beautiful princess proved to be a great reference. He-Man was another challenge. No matter how long I was researching for a good reference model – and I spent 10 hours in that for sure – it wasn’t possible to find a suitable actor or model. So I took the best I could find and combined the relevant elements. If you asked me about the original eyes, for example, I wouldn’t even know. But to give you some names: He-Man is influenced by Lex Barker, Steve Reeves, Jessie Pavelka and David Kimmerle. And – don’t laugh out too loud – Owen Wilson for the hair. ;)

As always I put in some Easter eggs and homages.

You can find a tiny Talon Fighter and Point Dread, the little reptile from the Laser Bolt box art, He-Man’s boot dagger, the weapons from Obrero’s “Grayskull Standard” artwork, MOTU Symbols on Teela’s medal belt and – last but not least – Tri-Klops, directly taken from a famous promo poster by William George. I thought carefully about including an enemy in the background, like Obrero and Williams always did in their vintage box arts. But Skeletor or Beastman didn’t match that great in a peaceful after-fight-scenery. Grayskull is defeated, Skeletor and his monsters are gone. Then I had the idea of Tri-Klops. In the mini-comics he’s not an enemy at this time, because he is hired by Skeletor later on (Mini-comic No. 6). As the first bad guy of the second wave, I felt he was the perfect character to appear as a hint of what future may bring. As fans know, Tri-Klops is Skeletor’s evil scout. Observing our heroes is a natural thing for him.

An interesting question was how to paint the Spirit of Grayskull. In the original artwork it is more like smoke that has the shape of a skull. But I didn’t want it to look like the dark mark from Harry Potter. I listened to a german audio play, when the narrator exactly told me how to solve it. “He appeared as a skull that seemed to waft amidst a reddish smoke cloud.” Sometimes things can be so easy. SiMo, I said to myself, that guy is right. That’s it!

The original artwork will be part of the exhibition at Grayskull Con. Prints will be available there, too. In the next days I begin with the preparations for my next painting, I try to complete that artwork at my Grayskull Con live painting panel in Germany in September. I don’t want to unveil too much, but only so much be said: it will be a very famous fighting scene!

Thank you all for your support!
SiMo Sol 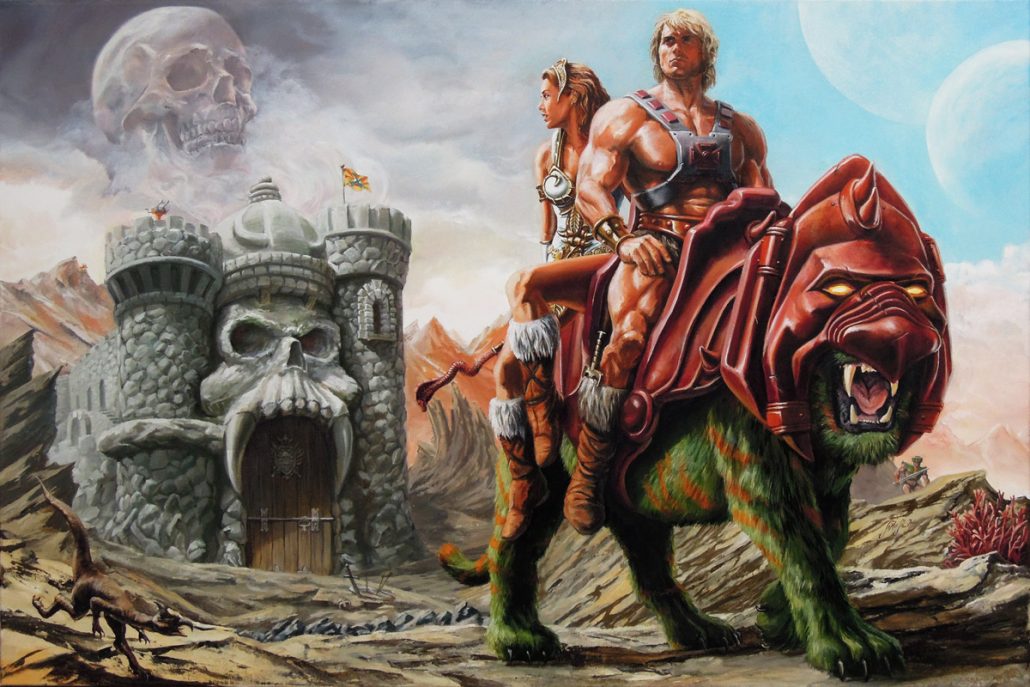 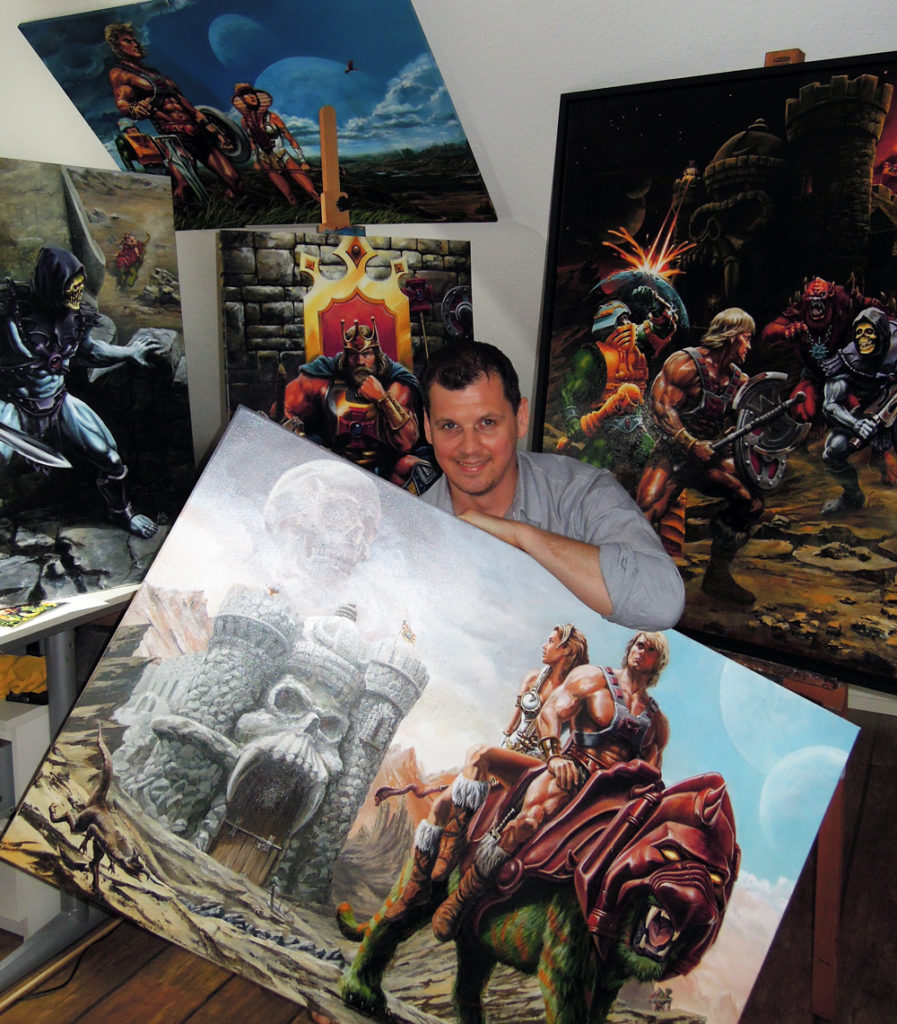 A message from Pop Culture Shock’s Official Facebook Page: PCS Collectibles is giving away a Masters of the Universe HE-MAN 1:1 Scale Life-Sized Bust! And this time we want you to get creative! To bring […]

Our friends at The Power and The Honor Foundation have shared with us these awesome pictures of the Exclusive Masters of the Universe figures that will be available at the 2018 Unboxing Toy Convention in Mexico. The […]