Variety is now reporting that the directing duo The Nee Brothers (Aaron and Adam Nee) will be at the helm of the Masters of the Universe movie. They will replace previously-attached David S. Goyer (Krypton, Blade: Trinity, The Dark Knight). Goyer is still credited as a screenwriter and executive producer on the movie, which is based on the popular 80s toyline from Mattel. The write-up states that Goyer is “extremely involved” with the film’s development and passed on the project due to prior engagements. The movie currently has a December 18, 2019 release date, so the filmmakers will need to get the cast in place soon. 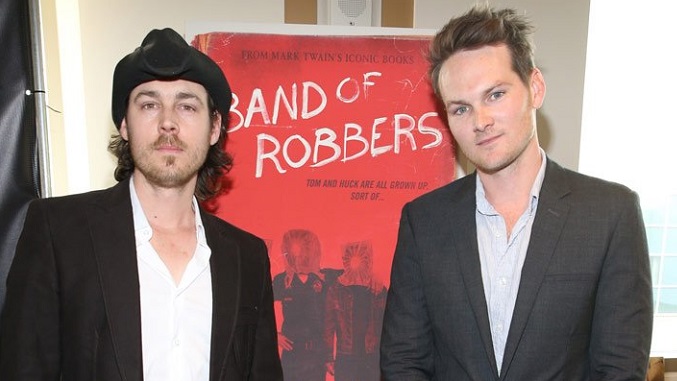 Masters of the Universe is scheduled for a December 18, 2019 release date, and the studio will need to find a new director quickly if they want to keep that date. The upcoming movie is based on the popular Mattel toy line, and spawned several animated series (including the spin-off cartoon series She-Ra: Princess of Power), along with a 1987 live-action film starring Dolph Lundgren as He-Man and Frank Langella as Skeletor.

The main premise of the series revolves around the conflict between the heroic warrior He-Man and the evil Skeletor on the planet Eternia, with a vast line-up of supporting characters. Masters of the Universe takes place in a hybrid setting of medieval sword and sorcery and sci-fi technology.

Escape Artists’ Todd Black, Jason Blumenthal and Steve Tisch are producing the film. Mattel’s Julia Pistor and David Voss will executive produce on behalf of the toy company. Matthew Milam (The Hitman’s Bodyguard) will oversee the project for the studio.

We have an exciting new update from Animoca Brands for He-Man™ Tappers of Grayskull™    New Features include: – Winter/snowy backgrounds in the game – Winterfest will begin on Dec.1, 2017! From December 1st, a “calendar” […]

Let’s get this out of the way: Animoca Brands’ HE-MAN: TAPPERS OF GRAYSKULL is not an action game like He-Man: The Most Powerful Game in the Universe. In He-Man Tappers of Grayskull, the evil Skeletor (voiced by […]