The limited edition variant MOTU poster by Mad Duck Posters is on sale now! Entitled “The Battle for Grayskull”, this poster captures an epic battle between the forces of good and evil on Eternia, as He-Man and the Heroic Warriors defend Castle Grayskull against Skeletor and his Evil Warriors! The special variant poster features He-Man and Skeletor wearing their vintage Battle Armor!

Hey everyone. My name is Brad Crites, and I own Mad Duck Posters.  I am also a HUGE MOTU fan, subscribing to the Classics line for the entire run. I am excited to share our very first licensed Masters of the Universe print release details!

“The Battle for Grayskull” is beautifully illustrated by the talented Carlos Valenzuela and captures the vintage feel of the original MOTU boxed toy art from the 80s.  Carlos was very much inspired by the classic worsk by the legendary William George and Earl Norem!

There will be two versions of the print offered. Both are 36×24 Fine Art Giclee prints, hand numbered limited editions.

The regular will be our first timed print release. We added a few extra purchase days because of the holiday weekend. The variant is limited to 100 copies.

Regular – features He-Man and Skeletor in their classic attire. 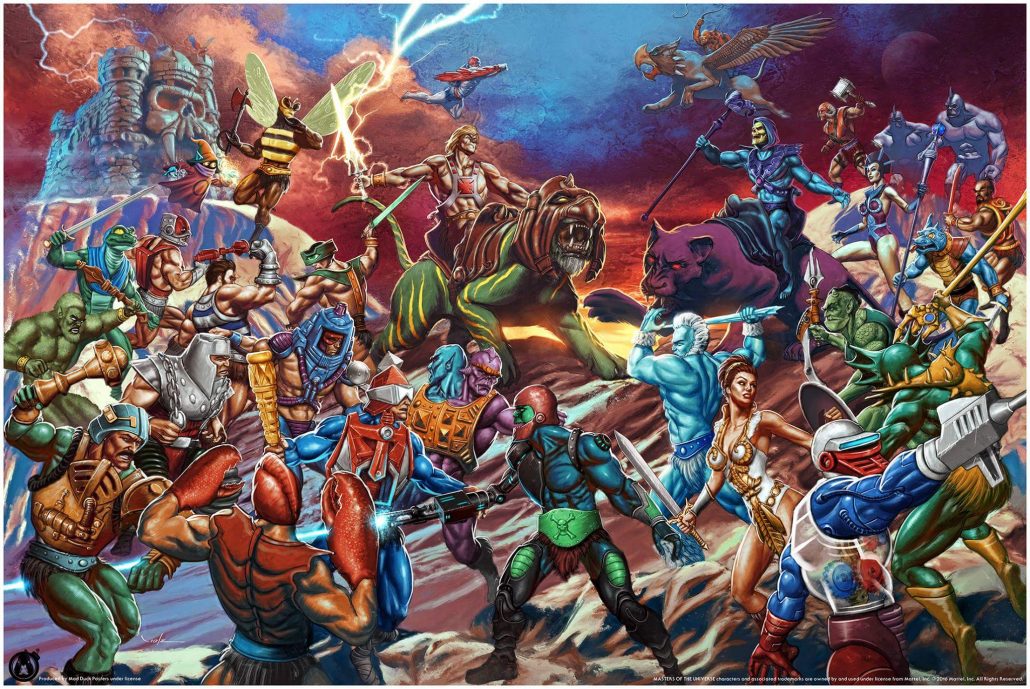 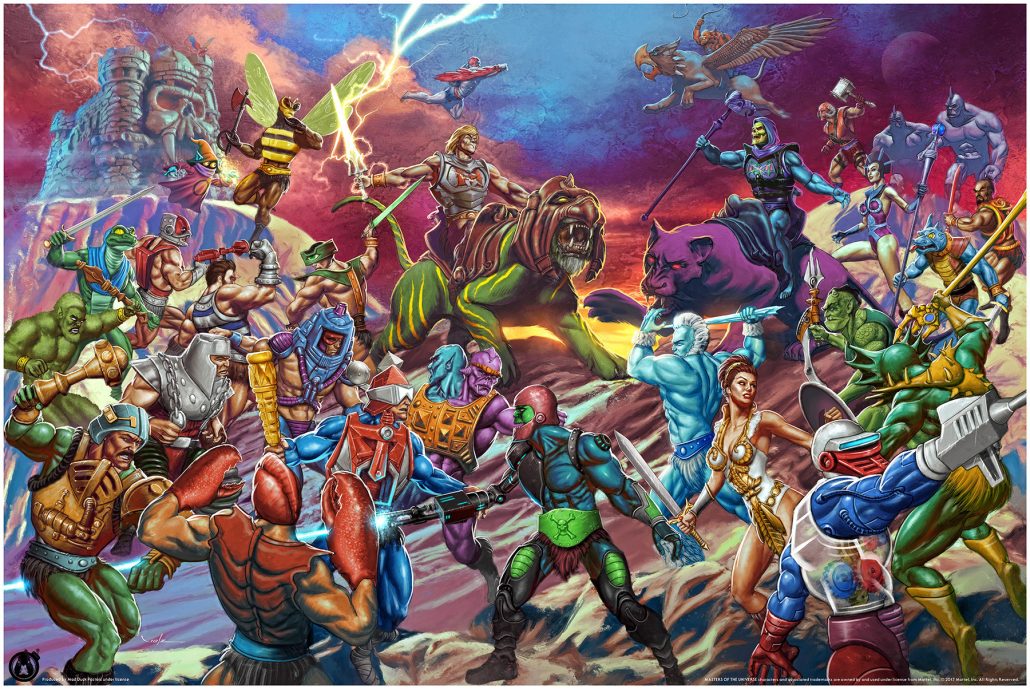 Both of these fantastic poster are on sale now! For more information go to https://www.madduckposters.com/collections/posters

Check out this amazing custom “God” Skeletor, based on the character played by Frank Langella in the 1987 Masters of the Universe film! This figure was made by Matthew Hackley, and was commissioned by He-Man […]

Check out this amazing vintage Sea Hawk custom by Gary Anderson! I made this Sea Hawk custom figure to fit in with the vintage She-Ra: Princess of Power figures from the 1980’s, as there was […]

A message from MattyCollector.com: A cool new Filmation-style figure arrives in the heat of August! Beast Man® brings his famous fangs and trusty whip to Club Grayskull™ to serve with dedication under boss man Skeletor®. […]