The Loyal Subjects is one of the market leaders in art-driven Vinyl Toy collectibles. We recently spoke with Eamon Ronayne, Account Manager at The Loyal Subjects, about their Masters of the Universe Action Vinyls.

1. When can fans expect to see Wave 2 of the Masters of the Universe Action Vinyls?

The MOTU collection of iconic characters is vast and wide. We want to dive into the line, and turn out the gamut. I personally want to see a Battle Cat, Cringer, Orko and many more characters developed through the Action Vinyls filter. As for who’s to be included, guess we’ll just have to wait and see. Wave 2 is expected to be hitting shelves towards the end of 2017.

2. Many fans have had a hard time getting Faker. Would it be possible to release a repainted version of Faker in the India Leo colors?

Faker is certainly an elusive character in the blind box assortment. India Leo would make for an awesome color variant, and certainly something we’re open to exploring.

3. Are there plans to make Battle Cat and Panthor?

Planned consideration, but I think we all can agree how rad it would be. 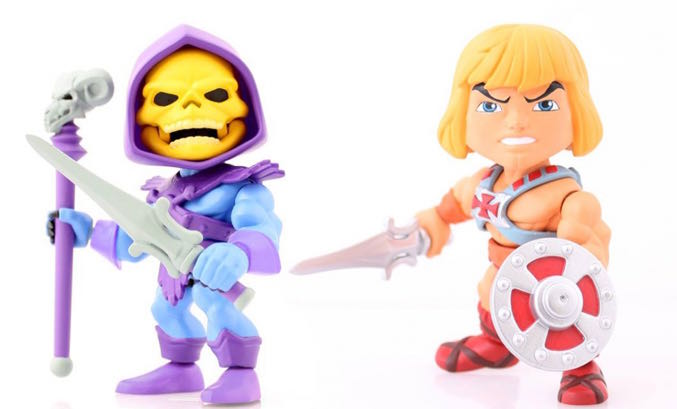 4. Can fans expect to see playsets like Castle Grayskull and Snake Mountain?

Character environments and playsets are an idea we’ve been flirting with for some time now. It allows for collectors, and supporters of the line to further immerse themselves into the IP offering a more fulfilled collecting experience. I can’t say if it can be expected for MOTU, but it’s certainly a project on our radar.

5. Are there any any plans to make any of the classic vehicles?

This would tie into the same answer as above. Would definitely be cool to get into, and certainly something we’re interested in exploring.

6. Are Weapons and Armor Packs possible? 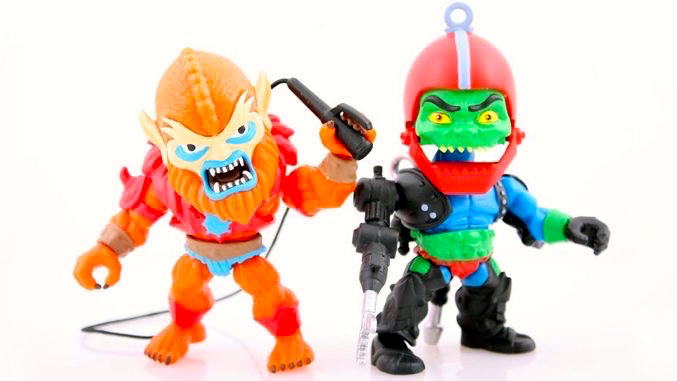 7. Many fans have found it a challenge to get all of the figures that they want in Wave 1. Would you consider selling wave 2 as a complete box set?

We’ll typically have single-carded exclusives available to cut the chase work. That said, the blind box series will still be a program we definitely proceed with. We love the communities that are created around collecting, and excitement that’s built from chasing rare figures. What makes collecting fun is the exhilaration from hunting rare’s.

8. Is there a chance of making more ‘Glow in the Dark’ versions of the other characters released in Wave 1?

Of course! We had some available for pre-sale Black Friday 2015. They just shipped a few weeks ago too. Truly awesome pieces that I highly recommend securing.

9. Will we see obscure characters from the He-Man mythos further down the line (i.e.: Draego-Man, Fearless Photog, Wun-Dar, etc.)?

It’s all very possible, but I’d say the scales lean most in favor of Wun-Dar being that he’s essentially a color variant of He-Man. As I’ve said, we want to continue to build upon Action Vinyls MOTU line. The collectors just need to have our back in supporting the line, and anything is possible.

10. Would you ever consider making a Mini-comic as an “exclusive” with one of the figures?

That would be awesome. If we team up with the publisher, we’re in. 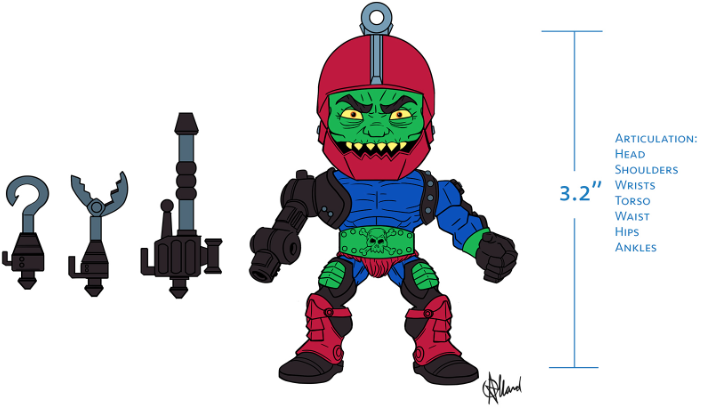 Masters of the Universe Test Shot Figures by The Loyal Subjects

Check out these awesome Masters of the Universe Test Shot figures from The Loyal Subjects. From the personal collection of Brad Goodman. I collect prototypes & test shots from every line of toys that I […]

A message from Super7: Super7’s first offering of new Eternian products begins this Wednesday, November 16th with a variety of new made-to-order pre-sale products that will ship in early 2017. We have been revealing details […]

Check out this amazing picture of Fisto by Nathan Rosario. I have been a Masters of the universe fan since childhood. As an adult I still find myself sketching these characters that have been inspiration to […]