Brock Otterbacher is the Creative Director of Toys & Collectibles at Mondo. We recently had the chance to talk to Brock about Mondo’s upcoming 1/6 scale Masters of the Universe figures.

1. What are your influences on designing this new line, and what do you think Mondo can bring to the line to differentiate it from previous He-Man toy lines?

We started by looking back at some of the old mini comics, as well as some of the classic packaging and promo art. From there, the edict was really “let’s take what’s great about the characters, all the characteristics that made them memorable, but with an eye on modern design.”

As for how we can differentiate them – I hope it’s obvious from what we’ve shown that we’re really putting a lot of thought into making sure they’re different, while still pleasing the fans’ eyes.

2. David Rapoza has collaborated on the design of He-Man and Skeletor. Is he designing other characters in the line, or are there any other artists involved?

Dave was amazing to design with, and he really worked with us to help set the tone for the line going forward. Unfortunately, we don’t have any current plans to do more characters with him, just because he’s such a busy dude! Did you guys get his Steve Lichman book? If not, do it! It’s awesome. But I’d love to work with him again, schedule permitting.

Moving forward, we’re always open to new artists, but the next two figures will be designed with the help and talents of Joe Allard and Emiliano Santalucia.

3. What is the expected price point?

We have not announced this yet, and won’t until the figures are ready for pre-order. 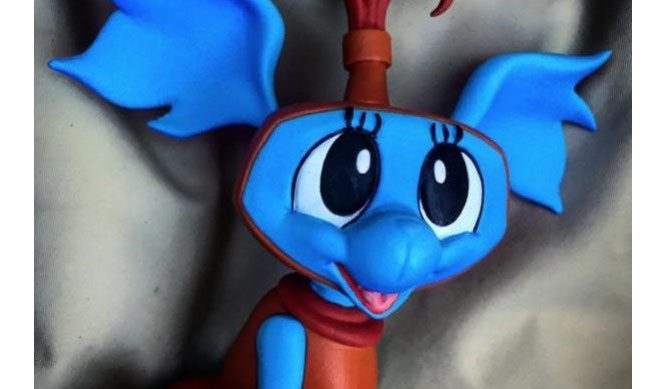 4. Why did Mondo decide to include Filmation characters with this line? It seems very random given the contrast with the realism of the figures.

The contrast is exactly why I wanted them to be including. They’ve very goofy looking, and I love it.

5. Many fans were excited to see the laser pistol from the 1987 movie featured with He-Man at Mondo-Con 2016. Do you plan on including more weapons from the movie with these characters?

6. Is there any chance that you might be able to make characters using the designs from the 1987 movie someday?

This is doubtful, as our rights don’t cover the movie. I’m very happy with focusing on what we have now, and throwing in the occasional easter egg for the fans. 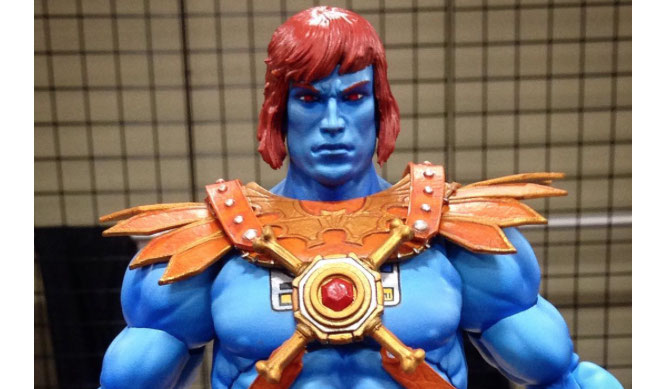 7. What are the odds of Faker coming with a damaged robotic head?

Faker is a robot??? I thought he was just a blue He-Man! (Note: I will almost always give fake answers for a character named Faker.)

8. Many Faker fans have said that they would love to see a figure released with an orange version of He-Man’s harness. Any chance something like that could come with the figure?

Not likely. I love his look from the original line, and love how he looks for ours.

9. I see that He-Man and Skeletor will both be coming with “vintage” style heads. Is there any chance that these figures will come with vintage versions of their chest armors as well?

No. The heads are for fun, but beyond that we’d start racking up massive tooling charges (on top of what they’re already going to be!). My feeling on this is you either like what we’ve done with the armor, and the overall looks of the figures, or not. 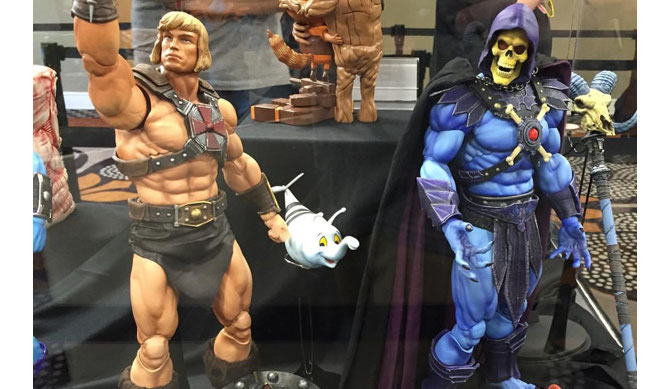 10. Did you collect Masters of the Universe toys as a kid?

Yes! I still remember seeing He-Man and Skeletor on the pegs at a local toy store (before we’d seen the cartoon or commercials), and going home to tell my brothers about them. They said I was lying.

11. Do you have a favorite character?

12. If you could make any MOTU character, obscure or otherwise, who would it be?

Well, the whole point of us doing this line is so I can get my own Mer-Man haha. But beyond him- I LOVE Batros (I’m a big fan of bats). Doubt we’d ever do him, but know that if we ever did, it’s because I’m a weirdo for bats. 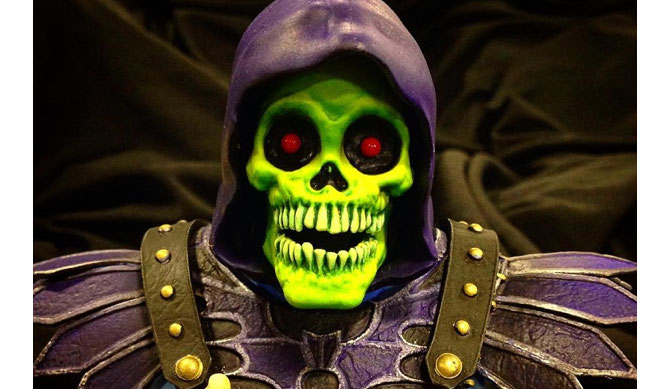 13. What is your favorite interpretation of Masters of the Universe?

This is a tough one to answer. I like aspects of all of them (except New Adventures. Sorry dudes), but I find myself always going back to those classic paintings and mini comics. As a kid, I used to always wish that my figures looked like what I saw in those. I mean, obviously they did somewhat, but I’m talking details, proportions, and the ability to pose them that way.

14. How many figures would you ideally like to release every year?

This is really up to to you guys. How many of these can you buy in a year? My gut tells me 2-4 a year, but if there’s a bigger demand, we’d accommodate. 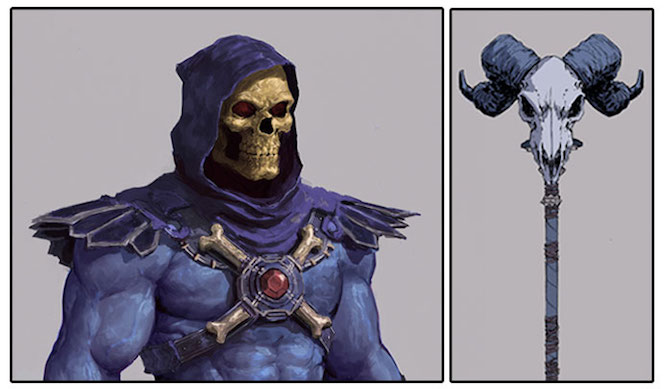 MondoCon Update: Masters of the Universe

Masters of the Universe (1987) – Retrospective / Review by Oliver Harper

The Loyal Subjects has teamed up with Mattel to introduce a new line of collectible Masters of the Universe figurines. Today they have posted a cool picture of the prototypes for their upcoming Trap Jaw, Man-E-Faces and Man-at-Arms figures!