It’s the battle you’ve waited to see! With the Ancient Spirits of Evil ravaging Eternia, Lion-O rushes to aid the Masters of the Universe in defending their world. The only thing standing in his way is…He-Man?! The epic battle between the super-heroic 1980s icons breaks loose as the Sword of Power clashes with the Sword of Omens! This one you do not want to miss! 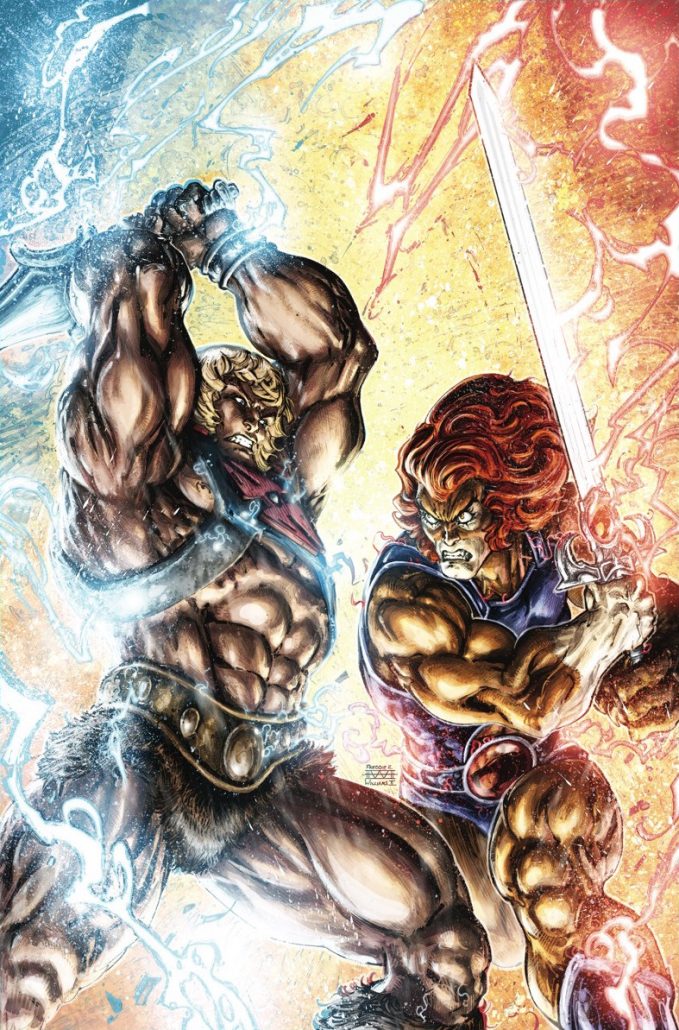 Pop Culture Shock: Designing the Masters of the Universe Statues – An Interview with Eamon O’Donoghue

Over the past week, we have been running a series of special interviews with the designers of the Masters of the Universe statues by Pop Culture Shock Collectibles. In part one of our exclusive interview series […]

Episode 3: “Epic Battle” – The forces of good and evil assemble for battle at Castle Grayskull®! He-Man® and Skeletor® in a vicious showdown! Trap Jaw® takes a nap! Mer-Man® reconsiders his life choices! As […]

A trailer for the new He-Man and the Masters of the Universe series has been released today by Netflix. In this new series, mighty teen Adam and his heroic squad of misfits discover the legendary […]