This MOTU jewelry lets you wear your love for Eternia! You can pre-order this awesome jewelry from Han Cholo at Entertainment Earth!

The Masters of the Universe battled for power over a post-apocalyptic world regaining its feet, which presented an odd mix of ancient science and modern magic. This world needed an aesthetic balance unlike any used before to make it tangible in the minds of kids. The groundbreaking art of Masters of the Universe continues to inspire products and collectibles as groundbreaking as the artwork itself. The intersection of creativity and imagination that made the world of Eternia come to life was solidified by innovative artists and designers whose work is still finding new life, over three decades later.

You can now sport the Power of Grayskull in more ways than ever. A variety of MOTU jewelry is bringing that cutting-edge artistic aesthetic to you in newly inspired ways.

The Masters of the Universe Power Sword Stainless Steel Earrings represent the balance of power between He-Man and Skeletor. In the first ever MOTU mini-comic, The Sorceress split the sword of power in two, hoping to disseminate the power that any one hero could wield. Later, He-Man would recover one half, while Skeletor would take up the other.

Or, you alone can claim the Power of Grayskull by wearing the Masters of the Universe Power Sword Stainless Steel Pendant Necklace. The unmistakable weapon dangles on a 24-inch chain. The nostalgic flair is tasteful and striking, all at once.

The mighty Battlecat can be taken anywhere in the form of this Masters of the Universe Battlecat 2-Piece Stainless Steel Ring. The head and armor are separate pieces with different tones that can be worn together or separately.

Perhaps the very coolest piece of MOTU jewelry coming to market is the Masters of the Universe Skeletor Ram Staff Stainless Steel Cuff. Skeletor’s weapon of choice hinted at his ancient demonic roots and was never fully explained in the comics or the cartoon. But it remains one of the most striking works of narrative art in Eternia.

These MOTU inspired jewelry pieces aren’t just about nostalgia — they are about an enduring world, kept alive by the timeless art and design that continues to inspire. You can pre-order all of these fine pieces at Entertainment Earth. 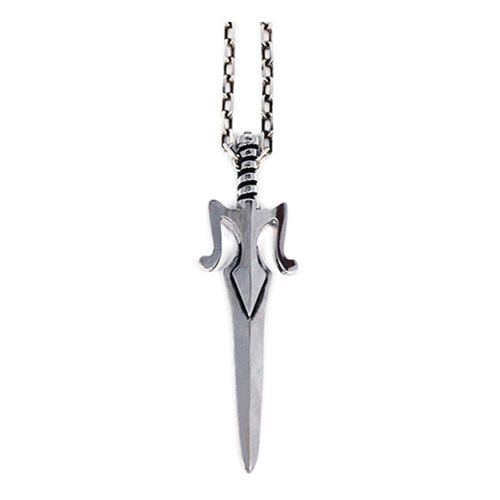 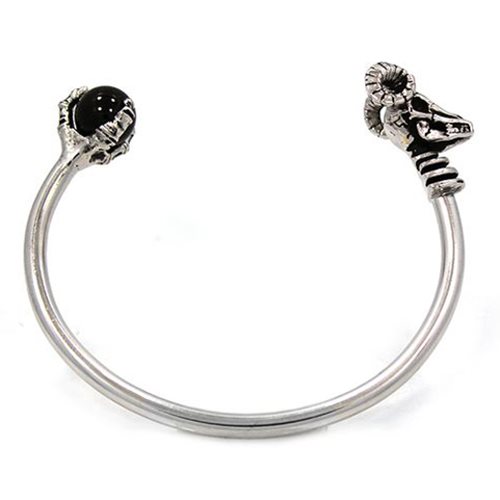 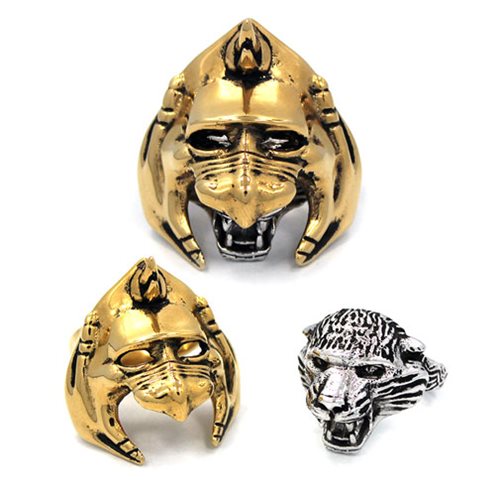 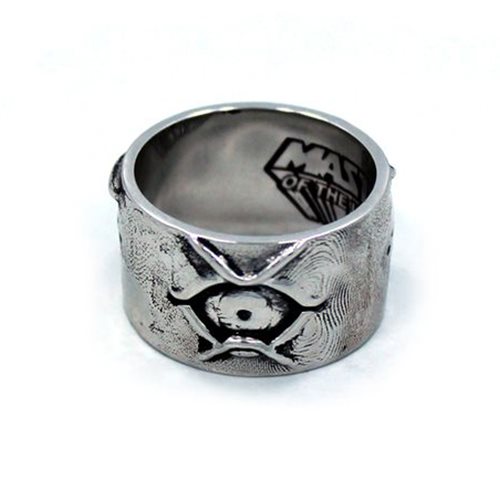 Hashtag Hotspots: Masters of the Universe at the Egyptian Theatre

Daniel and Dave from THAT HASHTAG SHOW attended the recent screening of 1987’s Masters of the Universe movie, presented by the American Cinematheque, Dammaged Goods and Hemanworld.com. The film stars Dolph Lundgren as He-Man and […]

The Most Evil Being in all of Eternia has arrived! The Skeletor Ring from Han Cholo is one of their most epic creations yet! The Ring comes is made in a two-tone Gold and Sterling Silver. + […]