Animoca Brands launches He-Man™ Tappers of Grayskull™ based on the Masters of the Universe® franchise. The new game features voice-over acting by the legendary Alan Oppenheimer and Cam Clarke, the official voices of Skeletor and He-Man/Prince Adam, respectively. The Masters of the Universe brand is estimated to have over 30 million fans worldwide.

Hong Kong, 31 August 2016 – Animoca Brands (ASX: AB1, ‘the Company’) today announced the launch of its latest mobile game, He-Man™ Tappers of Grayskull™. The game is based on the iconic Masters of the Universe® franchise, launched in 1982.

He-Man Tappers of Grayskull is available globally on iPhone®, iPad® and iPod touch® on the App Store℠, and for Android™ devices on Google Play™.

In He-Man Tappers of Grayskull, He-Man and the Masters of the Universe battle Skeletor and his magically enlarged minions across multiple locations on the planet Eternia®. He-Man and his allies must secure powerful ancient artifacts and defeat wave after wave of gigantic foes to stop Skeletor’s evil plans, thus ensuring safety for Castle Grayskull® and all Eternia.

The Masters of the Universe brand quickly became a significant global media franchise. The first animated series was followed by another animated series targeted at a female audience (She-Ra®: Princess of Power®, 1983-1984), as well as various comics (including the eponymous series by DC Comics, 2012-present), a live action motion picture Masters of the Universe (1987), several books, additional animated series (1990-1991, 2002-2004), video games (1983-present), board games, records, and multiple successful lines of toys and collectors’ items that are still evolving today.

The Masters of the Universe brand is estimated to have over 30 million fans worldwide, and the new game taps into the popularity of the franchise and the nostalgia of adults everywhere who grew up with the toy and media franchise.

He-Man Tappers of Grayskull is the sixth game released as part of the partnership between Animoca Brands and Mattel. Additional mobile apps are in production, with the first e-book based on Thomas the Tank Engine™ and other characters from Thomas & Friends™ expected to launch in the September quarter.

Robby Yung, CEO of Animoca Brands, commented: “Masters of the Universe is the fifth Mattel brand we have incorporated into our games portfolio. We will continue to leverage Mattel’s highly successful and globally recognised brands as we launch further apps in the coming months, including our highly anticipated first e-book.”

MASTERS OF THE UNIVERSE ©2016 Mattel. All rights reserved.

About Animoca Brands
Animoca Brands (ASX:AB1) publishes globally a broad portfolio of mobile games, including several games based on popular intellectual properties such as Garfield, Thomas & Friends™, and Ultraman. The company’s games have been downloaded over 230 million times. Animoca Brands is based in Hong Kong. For more information visit www.animocabrands.com or get updates by following Animoca Brands on Facebook, Twitter or Google +.

About Mattel
Mattel is a creations company that inspires the wonder of childhood. Our mission is to be the recognized leader in play, learning and development worldwide. Mattel’s portfolio of global consumer brands includes American Girl®, Barbie®, Fisher-Price®, Hot Wheels®, Monster High® and Thomas & Friends®, among many others. Mattel also creates a wealth of lines and products made in collaboration with leading entertainment and technology companies. With a global workforce of approximately 31,000 people, Mattel operates in 40 countries and territories and sells products in more than 150 nations. Visit us online at www.mattel.com. 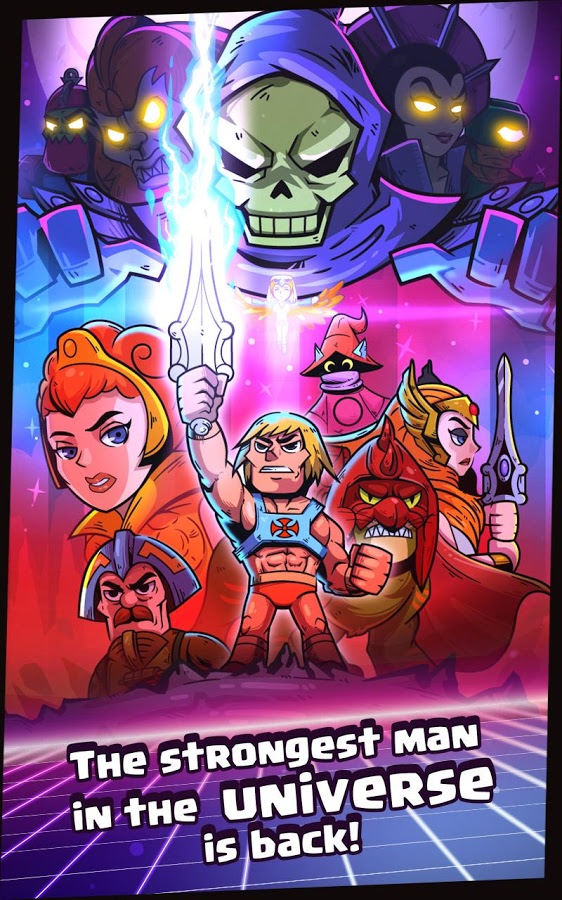 McG in Talks to Direct “Masters of the Universe”

It now appears that the upcoming He-Man and the Masters of the Universe film may have found its director! Deadline reports that director McG (Terminator Salvation) is currently in negotiations to helm the movie for Sony. The animated “He […]

Check out this awesome Masters of the Universe fan art series by Zatransis. I loved He-Man when I was a kid. I had so many He-Man toys and I was glued to the set whenever it […]