HeManWorld.com reached out to John Carroll, the producer of the upcoming documentary “Playtime Masters” for a brief interview:

HMW: So tell us a little about Playtime Masters and how you came up with the project.

JC: I’ve been fortunate enough to make friends with other Masters fans all over the world and we all casually share our childhood memories. These are often some incredible stories that not only demonstrate why Masters of the Universe was so popular during our childhood, but also it is the thread that links us to some incredible historical events in the ‘80s. No one (to my knowledge) has devoted this much attention to the fans and their stories and experiences, so I felt it was time.

HMW: You’ve started an Indiegogo Campaign for funding. Have you begun production yet or do you need to wait until the campaign is over?

JC: I’ve actually been working on the documentary for over a year now. I have quite a few interviews already shot and will be doing more in the coming months at Power-Con and individually. The Indiegogo Campaign is specifically to help us finish the film. There is a lot of archival research and post-production that has to be done and all of that costs money! Hopefully, people will see what I am trying to do and support me in getting things finished. The campaign goes through June 5th and you can find it by going to our homepage at PlaytimeMasters.com or at Indiegogo.

HMW: You mention research, are you looking into Mattel’s archives at the original materials?

JC: No, not specifically Mattel’s archives. This documentary is not a history of the Masters of the Universe brand. It is about the fans and their specific connection and memories of growing up with He-Man. There are stories that often connect with historical events both big and small in the Eighties, research would be going back to media coverage of those events as well as the plethora of other materials from the period.

HMW: When you are finished, how will the documentary be distributed?

JC: Playtime Masters will be distributed online through VHX, which is owned by VIMEO. Sometime in late 2017 or early 2018 when the film is finished, you’ll be able to purchase the film from there.

HMW: So no plans to do DVD or Blu-Ray?

JC: The only way to get the documentary on DVD or Blu-Ray is by contributing to the Indiegogo Campaign and selecting the Blu-Ray or DVD as a perk. If we meet our funding goal, we’ll produce those for the campaign backers. I know many people want a DVD or Blu-Ray, so I want to give it to those that support me.

HMW: You say you’ve interviewed quite a few people. Can you tell some of their stories?

JC: Well, I don’t want to give anything away, but I can say we’ve interviewed many people all over the world—both in the US, UK, Germany, Asia, and more. You can see a brief sampling of these stories if you visit the Gallery on our Indiegogo page and watch the video update from last February. 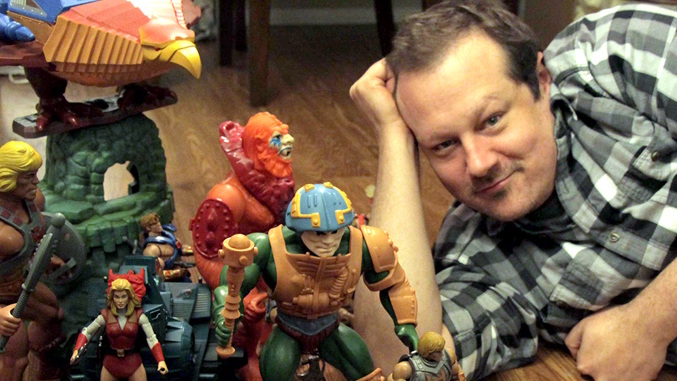 To donate to the He-Man documentary “Play Masters”, visit www.indiegogo.com/projects/playtime-masters-our-memories-of-he-man

This week, the team behind the upcoming documentary Power of Grayskull: The Definitive History of He-Man and the Masters of the Universe had the chance to interview actor Dolph Lundgren! Now a cult-classic, Dolph Lundgren played the […]