MattyCollector.com has announced the lineup for the 2016 ThunderCats Classics toyline subscription. Available 1/15/16 at 9 a.m. PT.

ThunderCats™ Ho! Feel the magic, hear the roar! Those cool cats from the ’80s series are back, and we’ve got the purrfect way to collect them all. Our Club Third Earth celebrates the hit animated series with six new figures, plus a subscription exclusive. 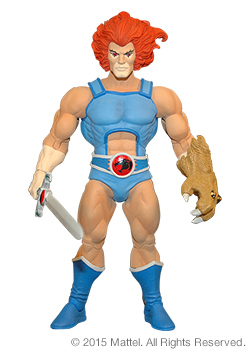 See what the fans are saying at the HMW Forum.

Masters of the Universe T-Shirt from Forever 21

New from Forever 21 for Valentines Day is this awesome Masters of the Universe knit tee featuring He-Man and Skeletor. The tee is faded wash with a round neckline and short sleeves, and comes in small, […]

Pop Culture Shock Collectibles is giving away a FREE SORCERESS STATUE! For full contest details on how to enter, visit their official PCS Facebook page This contest is Worldwide and ends at the stroke of Midnight, Thursday, November […]