Check out these hilarious Skeletor comics by artist Conall Pendergast.

I was 4 years old when I was given a Fisto figure, and from the first mini-comic I was hooked! I made my own Snake Mountain out of cardboard. The snake swallowed the figures and they slid down a ramp into a jail cell (at least that was the idea; truthfully, my cardboard engineering skills were not quite up to the task). I think my parents had enough when Stinkor’s head broke off and he leaked sticky, stinky fluid all over the place. Looking back I can see why they denied me the pleasures of Hordak’s Slime Pit!

My favourite character was (and is) Skeletor! First because skeletons are fun to draw, and second, because he’s the Daffy Duck to He-Man’s Bugs Bunny, whose every plan seems destined for failure! Who can’t relate to that? … Anyway enjoy the comics! 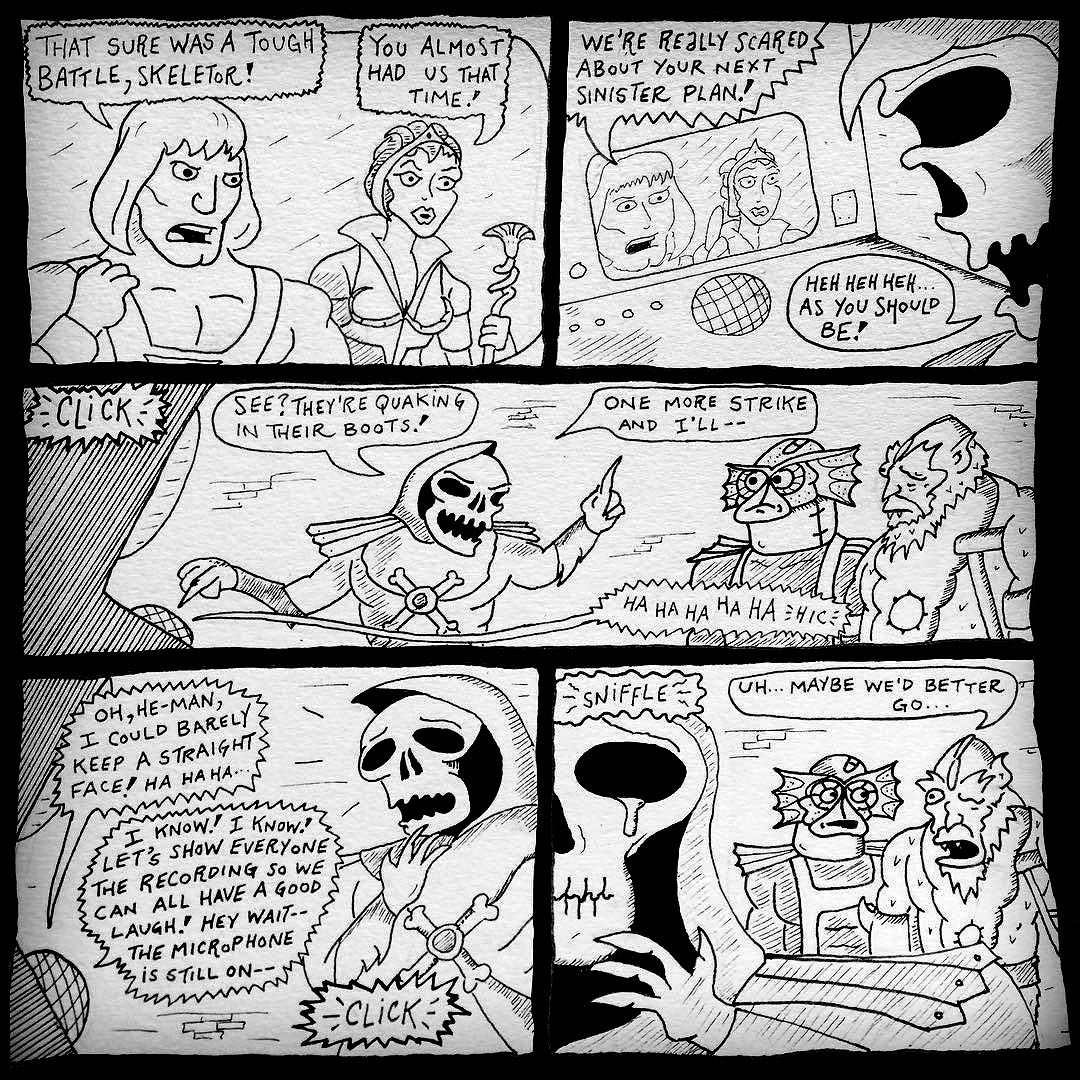 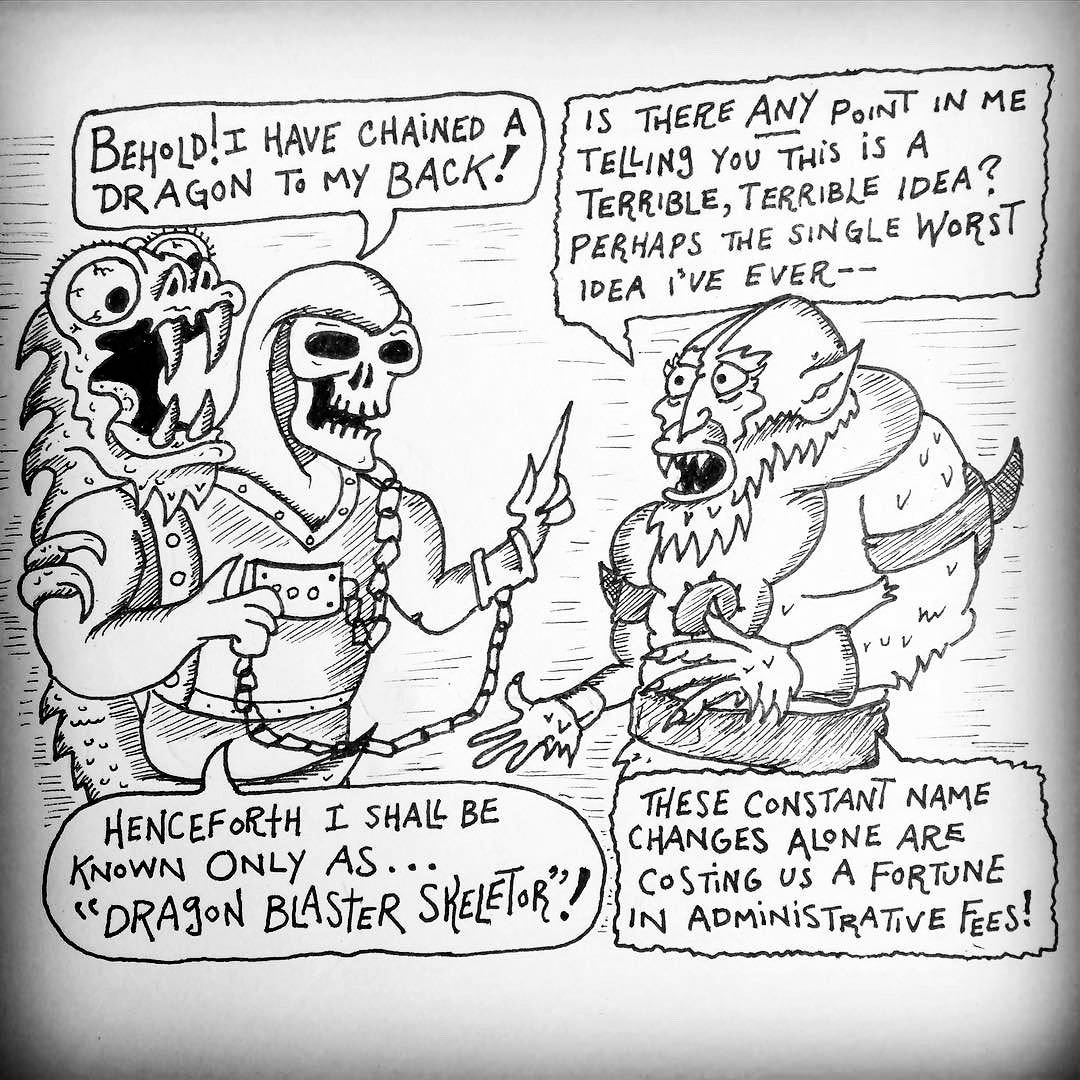 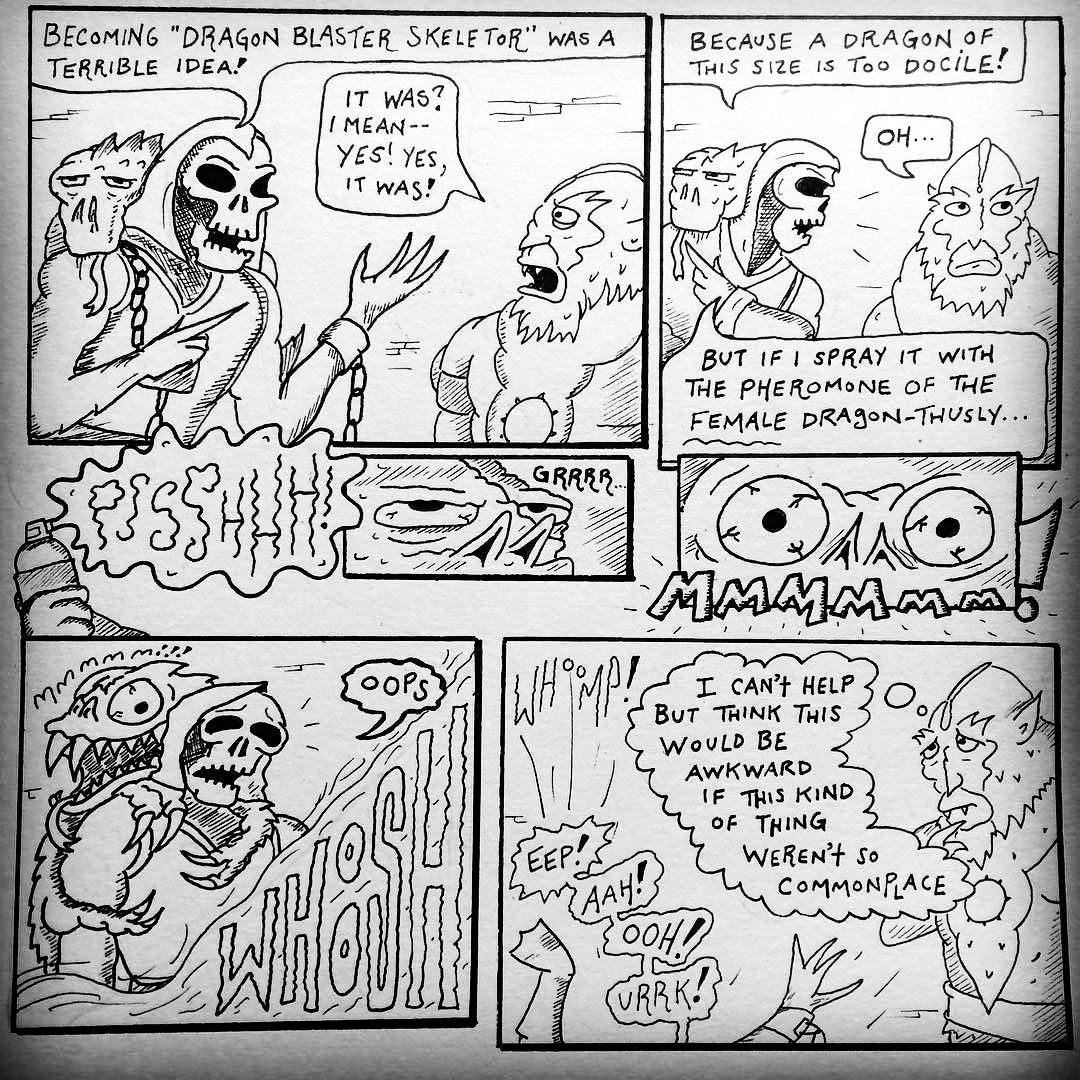 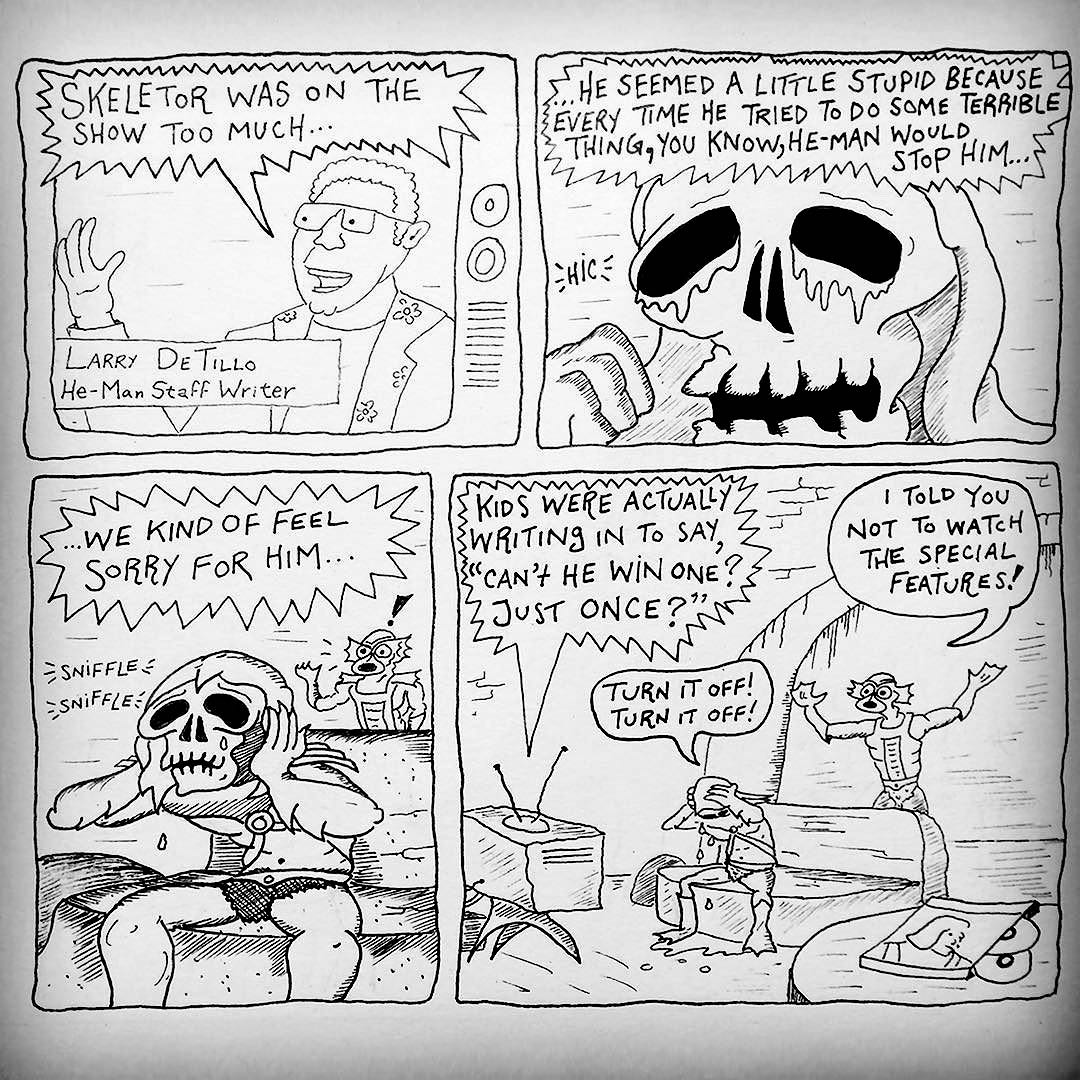 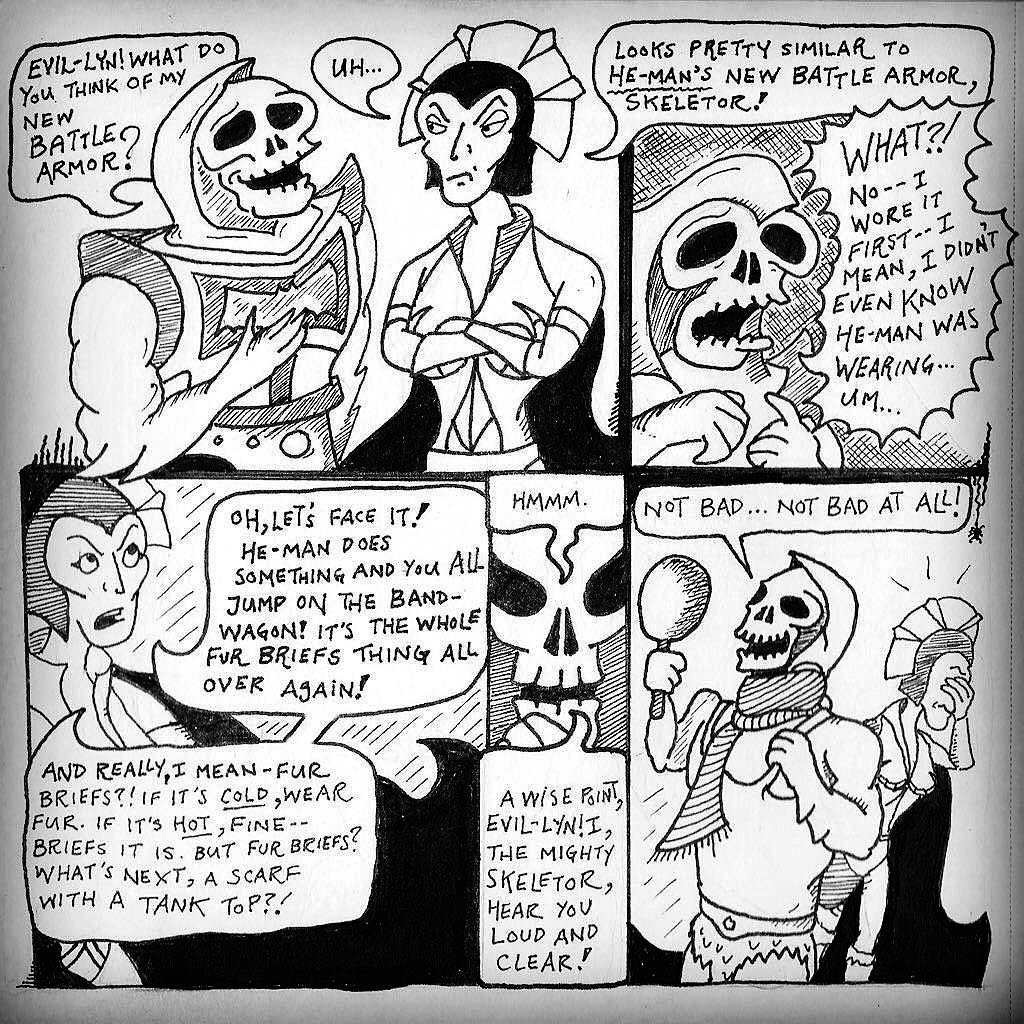 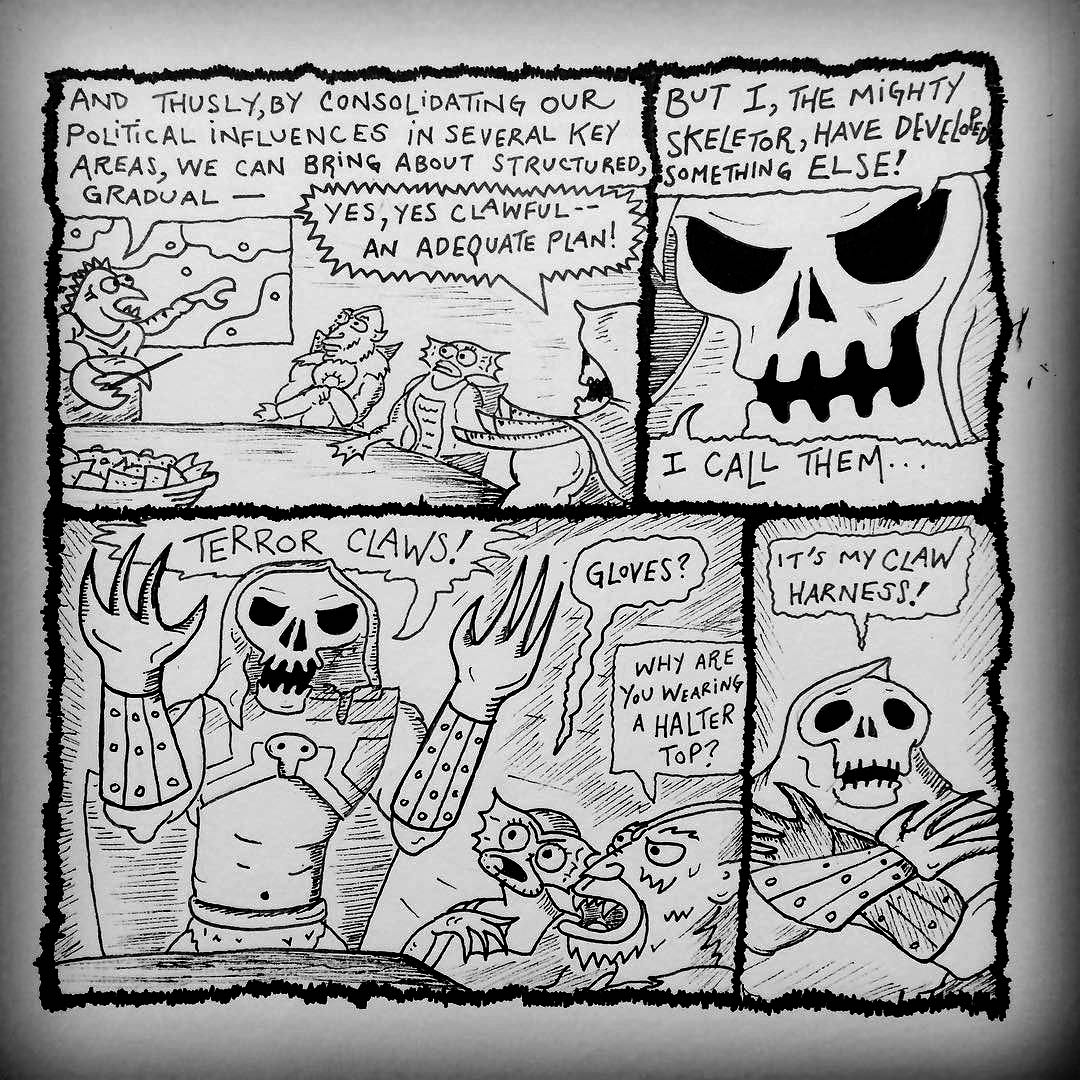 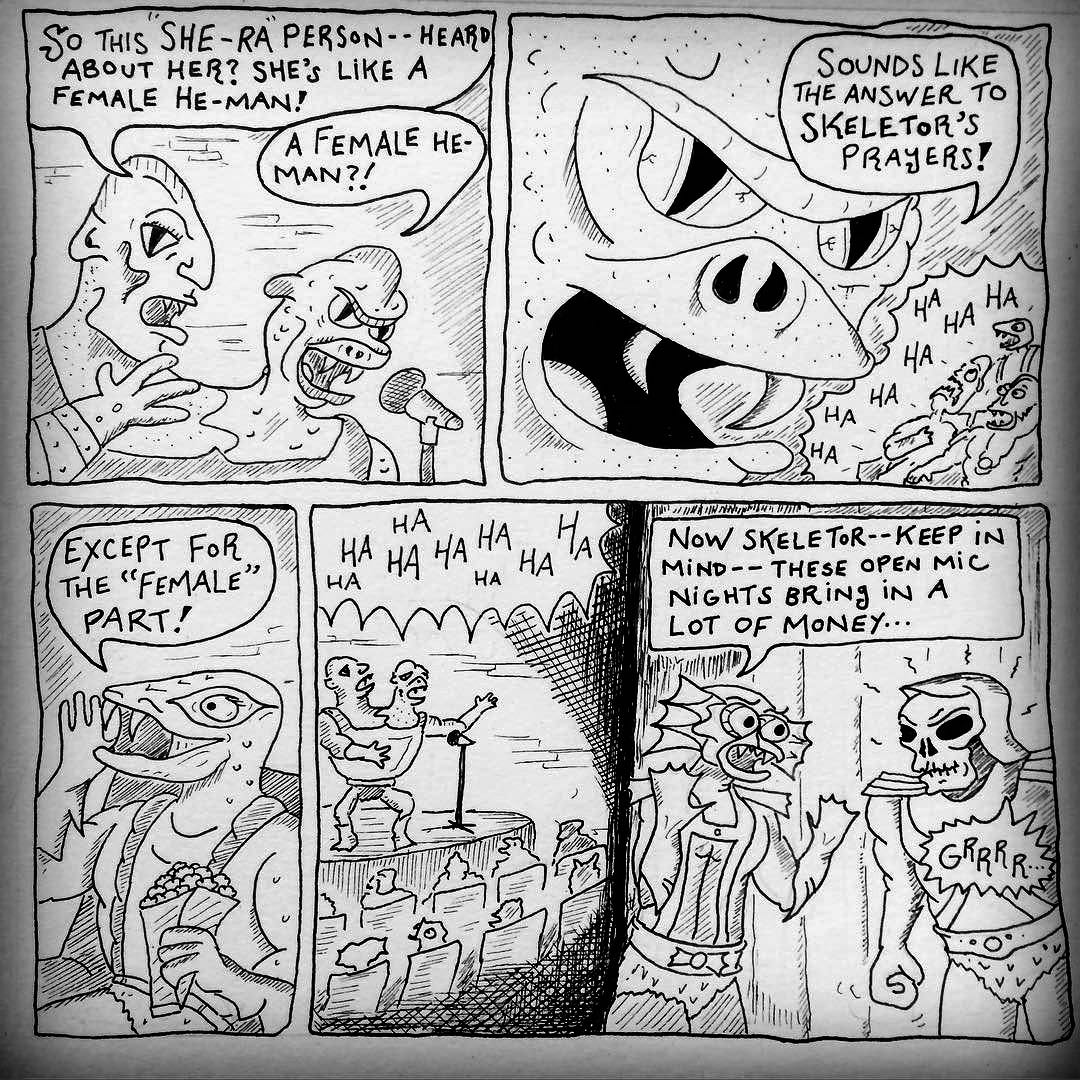 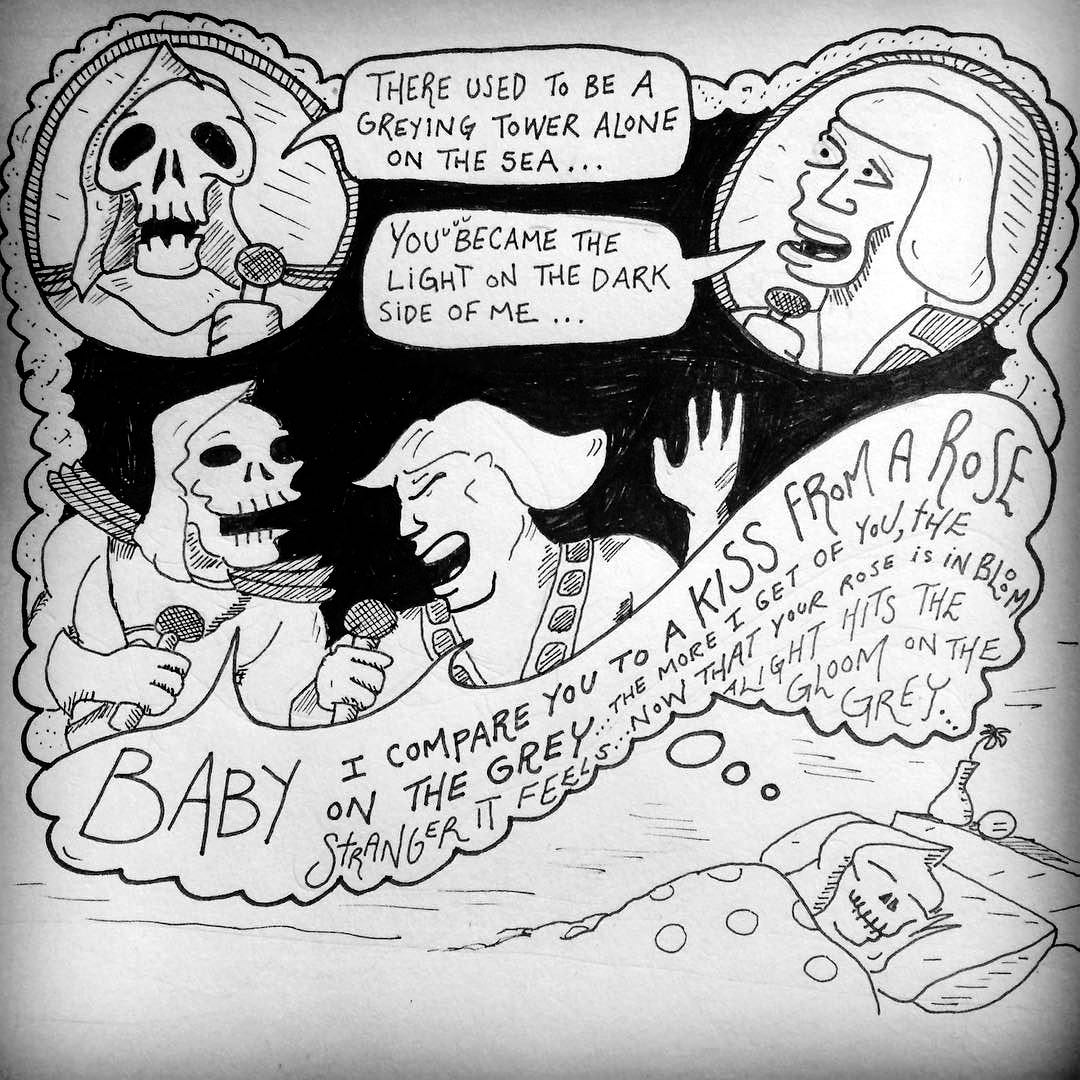 You can see more MOTU comics by Conall Pendergast at www.conallpendergast.com.

Masters of the Universe Character Designs by Ryan Barger | Part 2

Check out these amazing Masters of the Universe character designs by He-Man fan Ryan Barger! The most powerful man in the universe… Royal Bodyguard and former champion of the Eternos arena… Psychotic, cyborg fugitive from another […]

MUSIC from ETERNIA – The Legend of Eternia – BONUS VIDEO

James Eatock and Dusan M. present the last musical track of the Filmation He-Man and the Masters of the Universe animated series, ‘The Legend of Eternia’. Make sure to listen to all of the He-Man instrumental tracks […]

News from Super7: Another exclusive at our MOTU Hordak’s Lair pop-up next week during Comic-Con International in San Diego: The fantastic Hordak Portrait by Jason Edmiston’s Artbook! An 18″x24″ signed and numbered edition of 100 […]