“The Power is Ours!”

From Netflix and Executive Producer Kevin Smith, this sequel series to the original He-Man and the Masters of the Universe cartoon returns for its final five episodes. The first half of Masters of the Universe: Revelation combined shocking twists with deep-cut references, and the second is no different. There are big battles and bigger explorations of these classic characters. Things come full circle as long-dangling plot threads are tied off. But as much as the series looks backwards, it also hammers home the importance of moving forward. 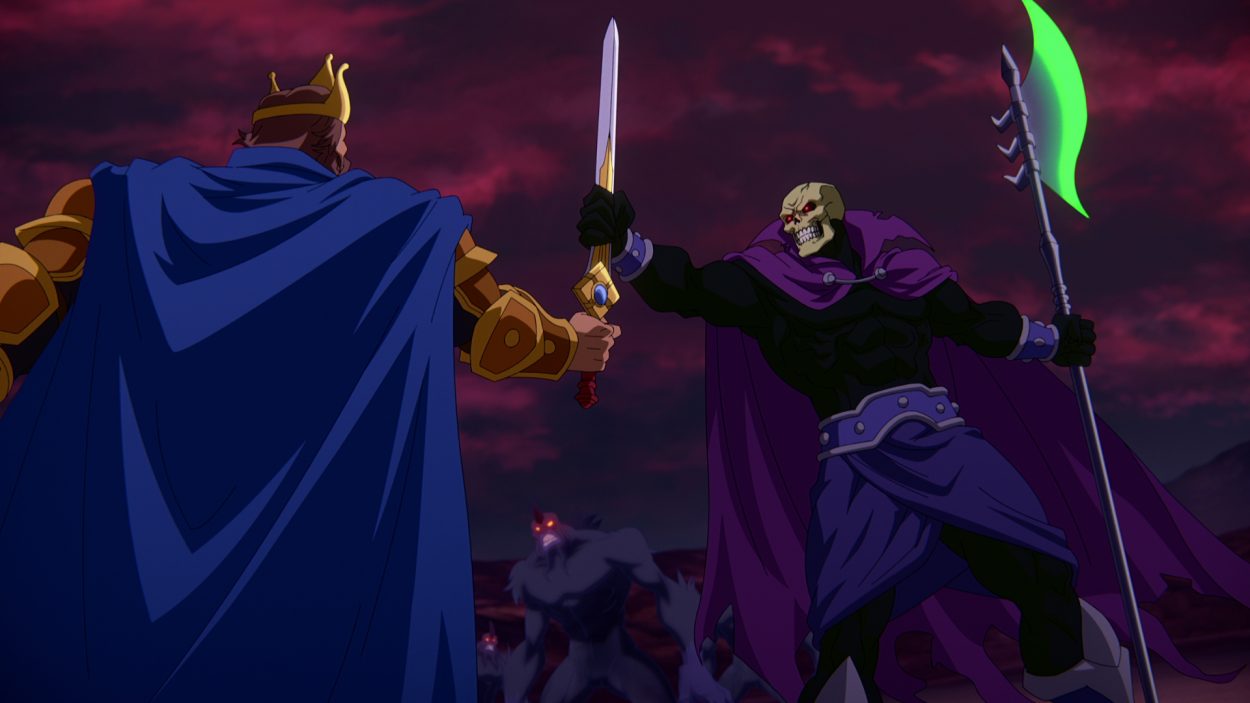 Picking up directly after the cliffhanger finale to Part One, the first two episodes are an adrenaline-fuelled rampage through Eternia’s new status quo. Although Teela’s quest brought both Prince Adam and the wellspring of magic back to the planet, it also turned Skeletor into “Skelegod” when he stole the power of Grayskull. After several stunning deaths comes the reveal that Adam can transform without He-Man’s sword – though it turns him into a mindless, savage, super-being instead of the noble and rational champion of Grayskull.

From there, the previous half of this season’s pacing issues arise. Long, frantic fight scenes – beautifully realized by Powerhouse Animation (Castlevania, Blood of Zeus) – are paired with long, soul-baring conversations, and the imbalance tends to make episodes lurch back and forth. There’s a lot of excitement and a lot of genuinely compelling character work, but viewers can be left wanting one element while the other runs on.

Smith and company continue to give Revelation an amazing number of easter eggs and in-jokes for most die-hard He-Man fans. The show pays homage to so many of the various canons MOTU developed over the years, from the earliest incarnation of He-Man as a jungle warrior, to Goat Man from the Filmation series, to Pigboy from the 1987 live-action movie.

The voice work is impressive as well. Along with pitch-perfect readings by Stephen Root as Cringer and Griffin Newman as Orko, the real standout from Part Two is Liam Cunningham as Man-At-Arms. Both Lena Headey and Mark Hamill as Evil-Lyn and Skeletor, respectively, make the characters their own. Hamill gets to be as unhinged and over-the-top as he wants, and Headey brings a wonderful nuance to Lyn, who is probably the most nuanced character in the series. 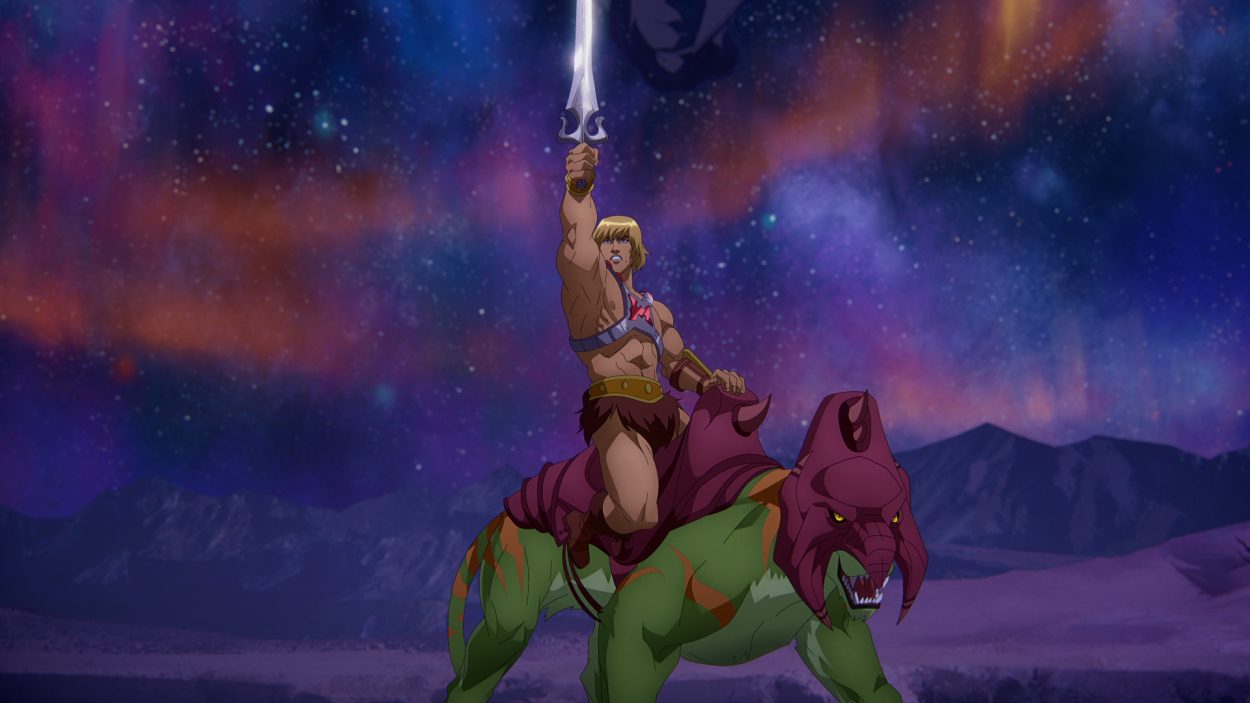 While the first half of Masters of the Universe: Revelation was all about confronting the past, the second half is about moving beyond it. With her destiny laid bare, Teela must decide if she wants to follow in her mother’s footsteps. Skeletor has taken all the power he’s ever wanted, but now must discover what to do with it. Evil-Lyn must decide if she’ll be a battered henchwoman or her own person. Even Adam, desperate to regain his status as He-Man, doesn’t want it if it means lying to his friends and family again. For everyone – including the viewer – there’s no moving backwards.

It’s all too easy for shows like Masters of the Universe: Revelation to wallow in fan service and mistake callbacks for plot and character. Fortunately, Smith and everyone else behind the scenes took the risk of pushing the story in daring, unexpected directions, but ones that actually work for all the colorful inhabitants of Eternia. Doing so, the series has become considered controversial by some corners of fandom. Revelation did what was best for the characters, not necessarily for the fans. I hope we get to see more of this interpretation of He-Man.

Check out this awesome interpretation of the characters from the 1987 Masters of the Universe movie. The artwork by Giovanni Ricco is a great tribute to the actors from the movie: Dolph Lundgren (He-Man), Frank […]

Teela and Skeletor are pullin’ no punches in this epic rap battle for the title of Illest Emcee of Eternia! Check out the fan-made video featuring Realistikk as Teela and DR. SMOOV as Skeletor! See what the fans […]

A Look Inside the Errol McCarthy MOTU Art Collection