Solicitations from DC Comics for the August issue of He-Man: The Eternity War #9. Cover art by Pop Mhan!

Snake Men can’t save you. He-Man can’t save you. The Past, the present, the future—there is no escape from Hordak. He is…the Master of the Universe! Teela’s visions show destruction and fear throughout the cosmos and the fabric of creation—only those with darkness already in their hearts are spared by joining the Horde in its anarchy. But with these visions clouded, King Adam may still be able to turn the tides of time to save us all—but by attack, or surrender? 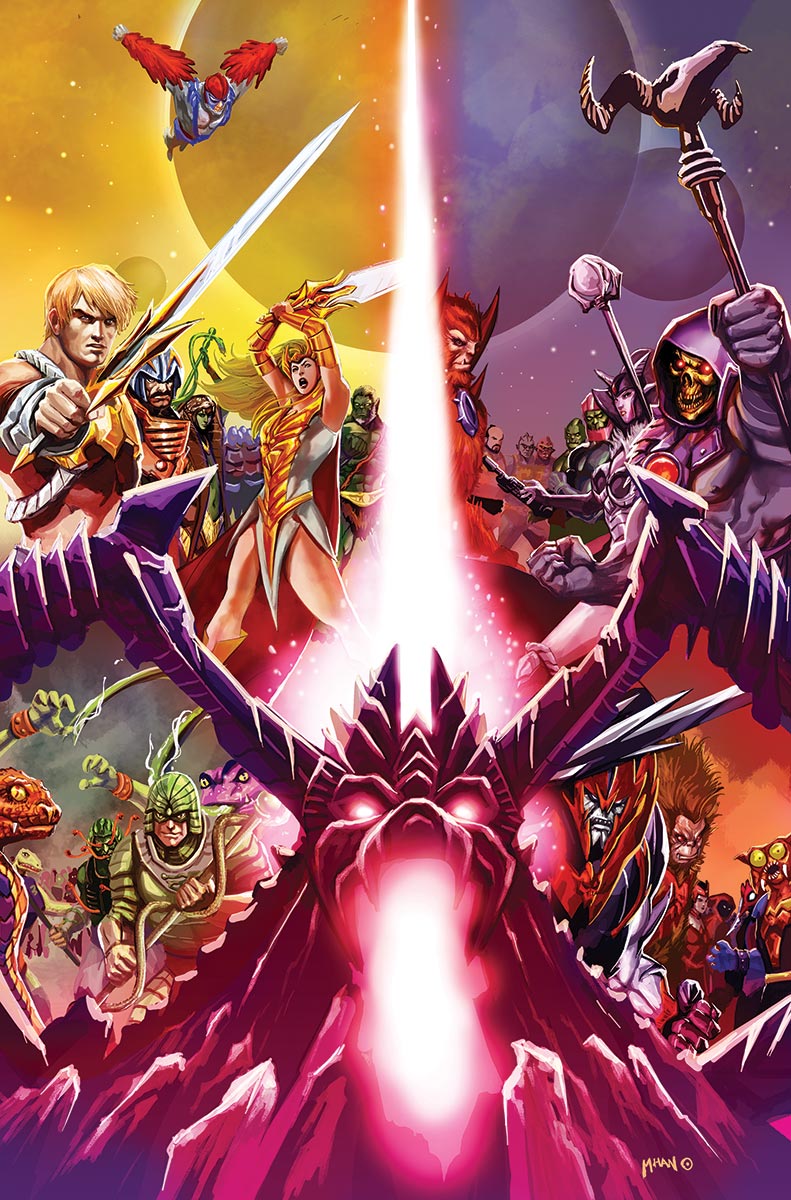 See what the fans are saying at the He-Man World FORUM!