I didn’t do any real customizing on these guys, just part swapping. I think they look cool & thanks to these time travellers I can ignore the bios when they kill characters.

“When Skeletor discovered that Cy-Chop & Captain Geerz chased Gwildor through time, and that He-man had travelled to preternia in disguise, Skeletor went to the Sands of Time & enlisted Nepthu & Shokoti to re-assemble the Wheel of Infinity. Skeletor then sent them to retrieve Fang Man from Dragosaur Isle. Many years later King He-man learned of Skeletor’s actions when Goat Man appeared from a time portal. King He-man realized that time travel had to be guarded or everything would change. He commanded that The Chrono Guards be created to minimize disruptions to the timeline and appointed The Mighty Spector as Captain of the Chrono Guards.

The Chrono Guards help minimize changes to history & protect the Cosmic key. With 3 blasts from their Vortex Cannons the Chrono Guards can return people or things to their proper time. Chrono Guards are clones because sometimes they have to make a one-trip to a timeline that will cease to exist.” 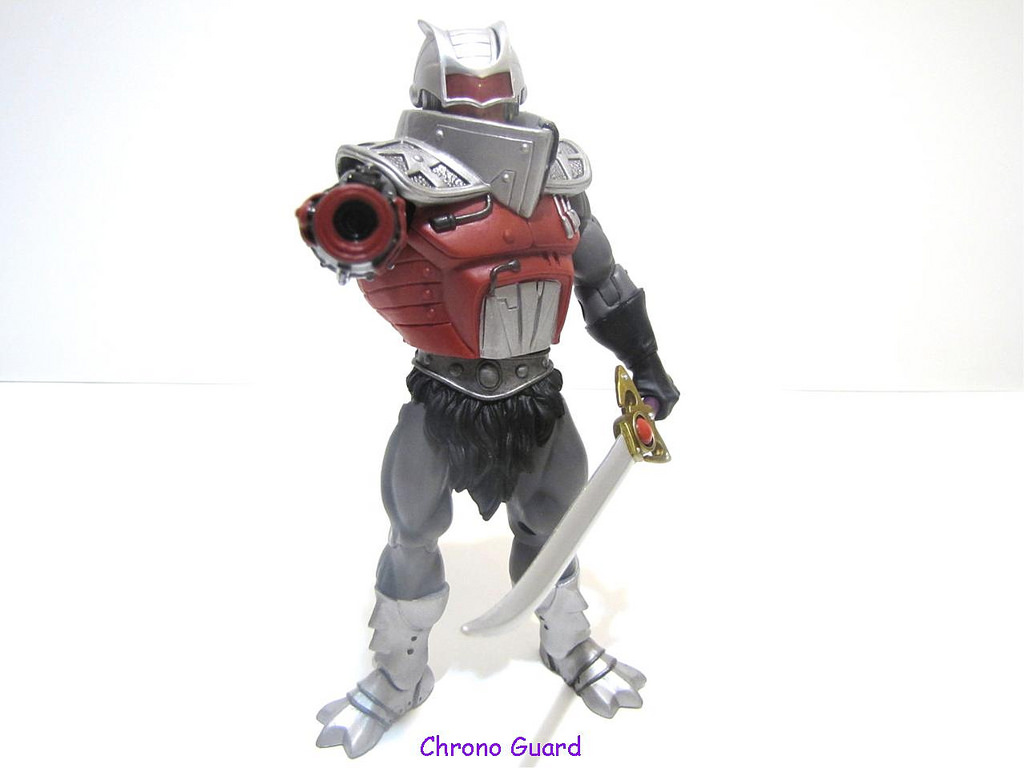 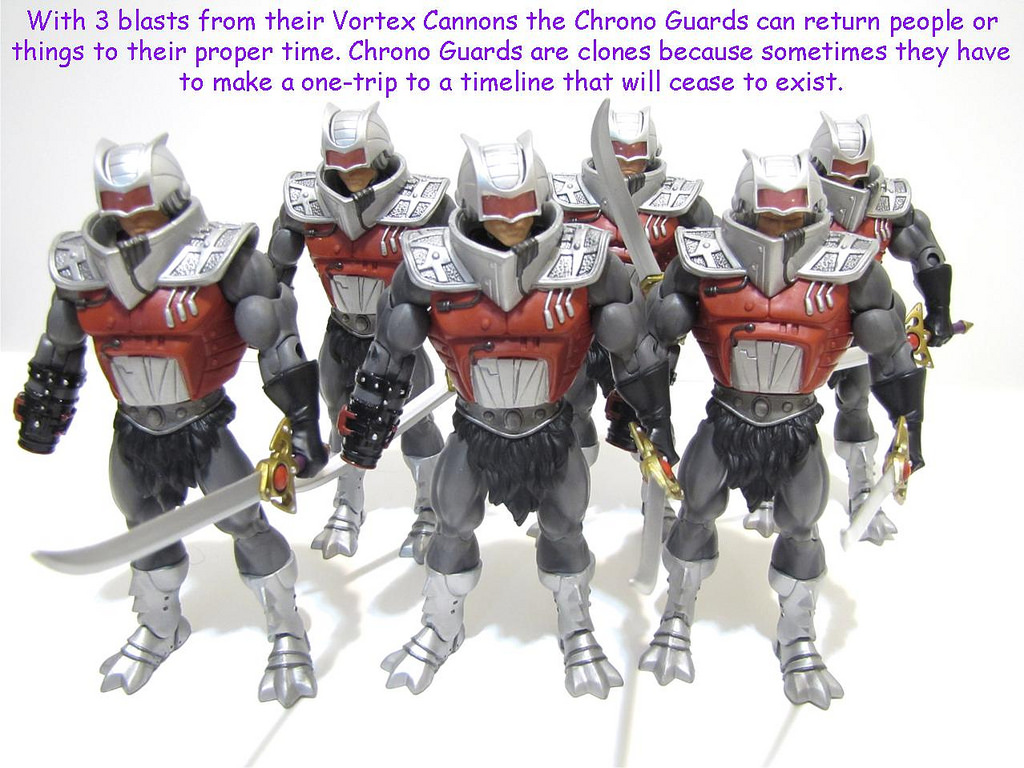 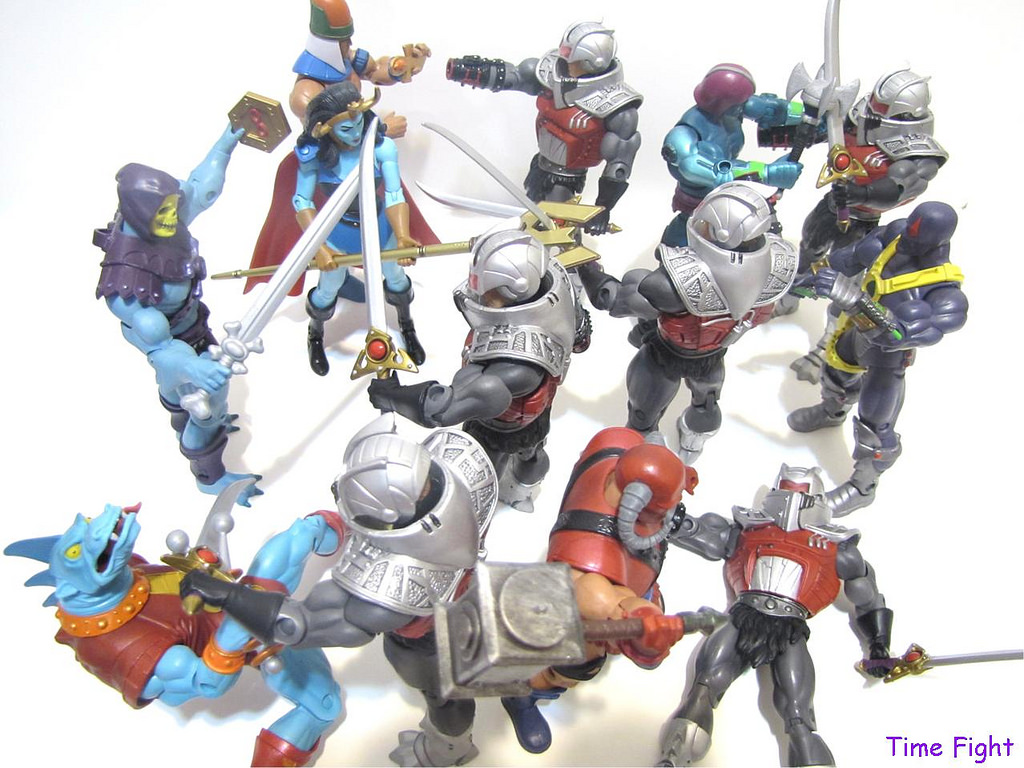 See what fans are saying about this cool custom at the HMW Forum by clicking HERE!