Back in April of 2014, it was revealed that Kick-Ass 2 director Jeff Wadlow would be re-writing the screenplay for the Masters of the Universe movie. This week, Devon Franklin (Senior Vice President of Production at Columbia Pictures) posted a picture of the script’s cover page (dated December 24th, 2014). Previous drafts of the script were written by Alex Litvak & Mike Finch, Richard Wenk, and Terry Rossio. 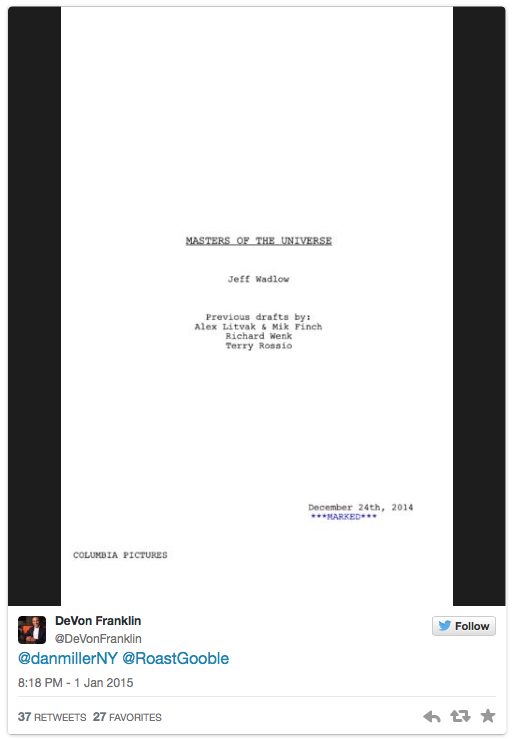