Exciting news today from Olmec Toys! Sun-Man from the 1985 toyline “The Rulers of the Sun” will soon be introduced as an action figure in the Masters of the Universe toyline!

SUN-MAN RETURNS! We are happy to announce the partnership licensing agreement between Mattel, Olmec Toys, and YlaSun. Under this agreement, Mattel is granted the rights to produce Sun-Man from The Rulers of the Sun collection. Olmec Toys and YlaSun retain all rights to the property. We are thrilled to be able to reintroduce Sun-Man for the first time since 1985 and unite the worlds of Rulers of the Sun and Masters of the Universe. 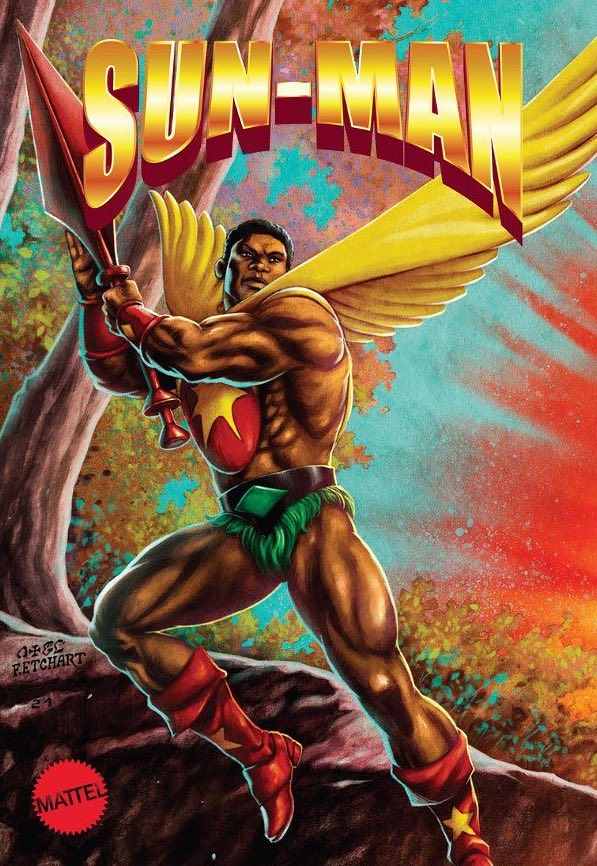 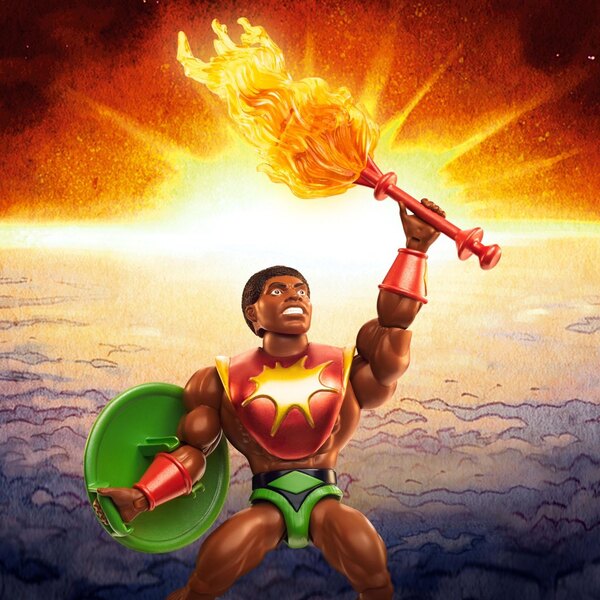 The new Sun-Man action figure is made by Mattel and uses many parts that are shared by the current Masters of te Universe Origins figures. 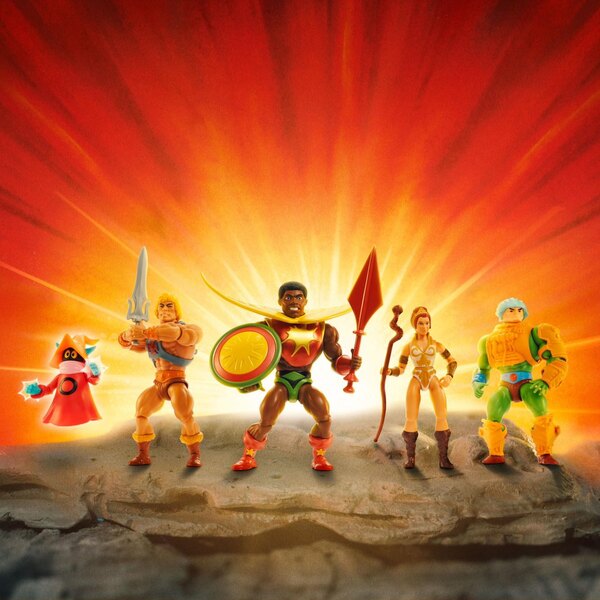 Sun-Man standing proud with He-Man and the Masters of the Universe! 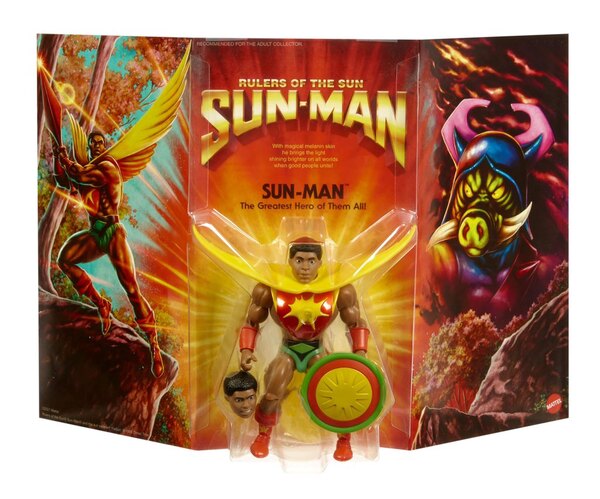 The packaging is similiar to the original 80s toy packaging on the figure produced by Olmec Toys. The figure has two headsculpts, a shield and a fire staff. It is unknown at tis time if this will be the standard box art, or if Sun-Man will also be released on a MOTU Origins card.  It is also unknown if more figures from the Sun-Man toyline will be produced, but we hope that they will be as they are awesome characters! 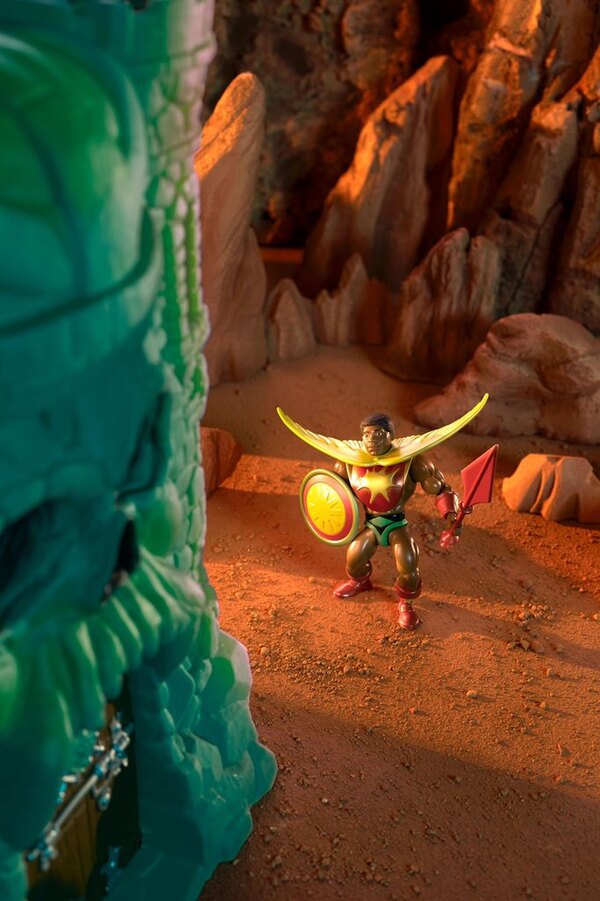 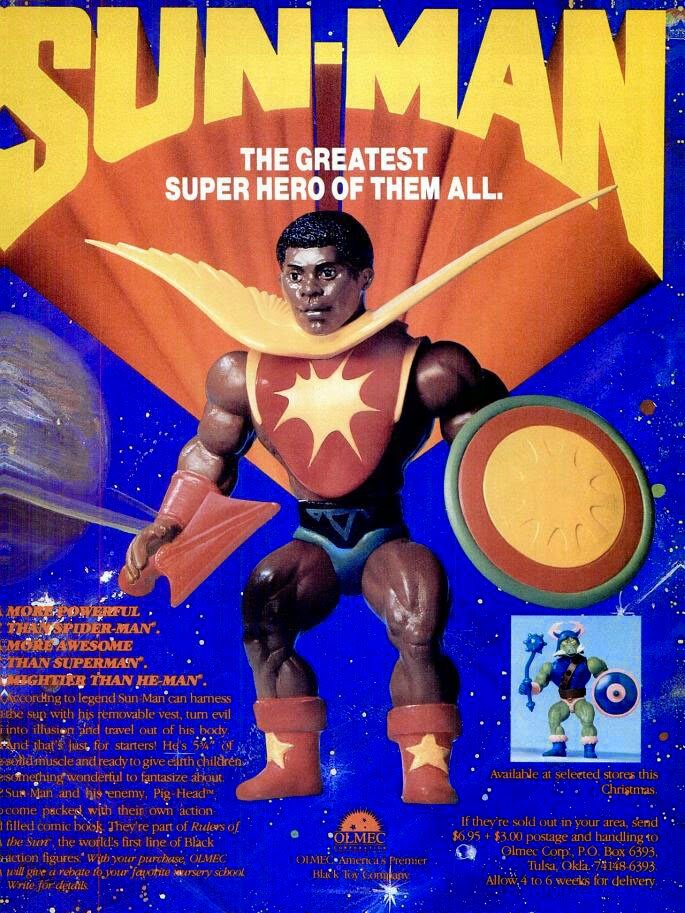 A picture of the original Sun-Man from 1985.

The Unofficial Cartoon Guide to He-Man and the Masters of the Universe is written by James Eatock. This is a must have for fans of the classic Filmation cartoon! Check out the video to learn […]

This year Mad Duck Posters is having a Black Friday sale for one day only! Take 25% off your entire order of in stock product in the Mad Duck store!* Use code: MadFriday25 Everything from […]