San Diego Comic-Con is doing another Comic-Con@Home this year. He-Man and the Masters of the Universe fans will be able to purchase three new awesome Comic-Con Exclusives toys from Mattel Check out the exciting details below!

Masters of the Universe™ Masterverse™ is an exciting new line of MOTU® action figures, and its first wave celebrates the release of a thrilling Netflix animated series Masters of the Universe™: Revelation™! This collector’s edition of Scare Glow®, the skeletal ghost warrior whose loyalties are to the evil Skeletor®, is highly detailed and features glow-in-dark skeleton and head. Highly articulated, this action figure has 30 working joints for battle scenes and power posing. Figure comes with posable cape and scythe of doom, plus extra hands. Special LED packaging includes purple and white lights that brilliantly display the glow-in-the-dark effect! A must have for collectors and fans who treasure the MOTU® legacy and also appreciate the expertly crafted updates of the Masterverse line. By the power of Grayskull™! Each sold separately, subject to availability. Colors and decorations may vary. SRP: $35 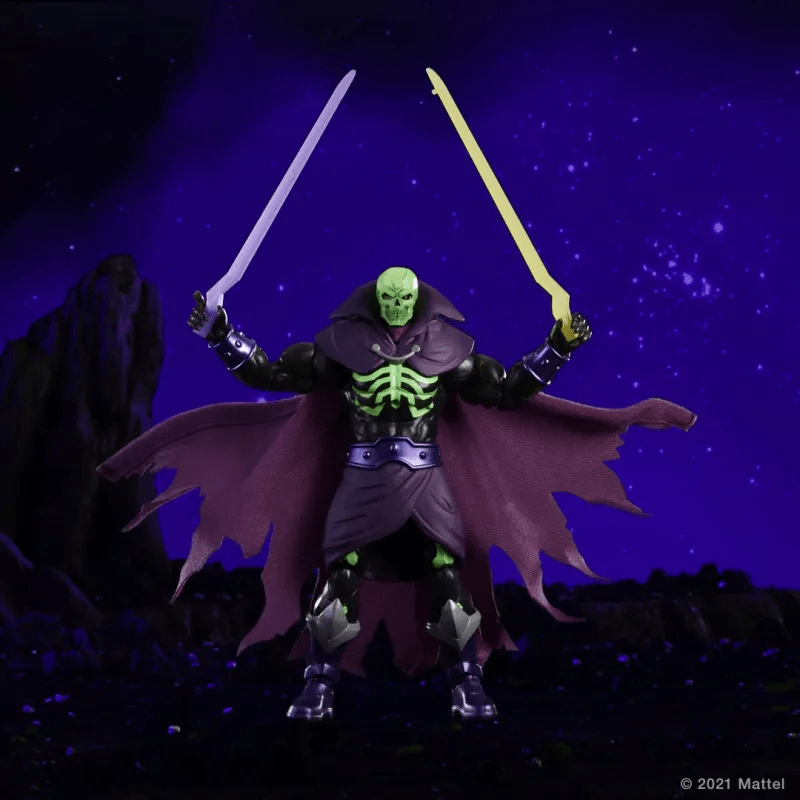 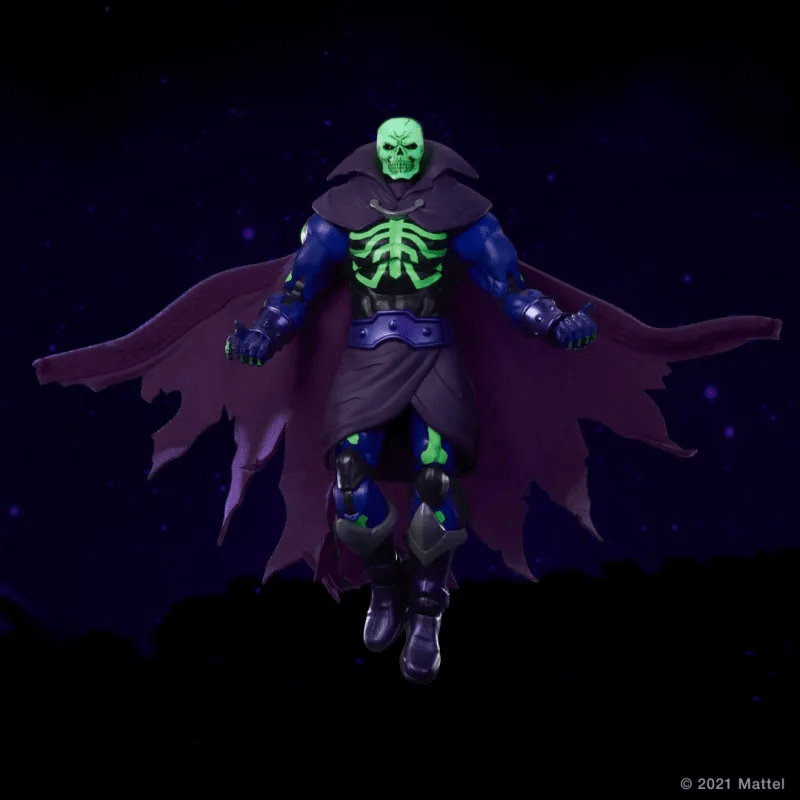 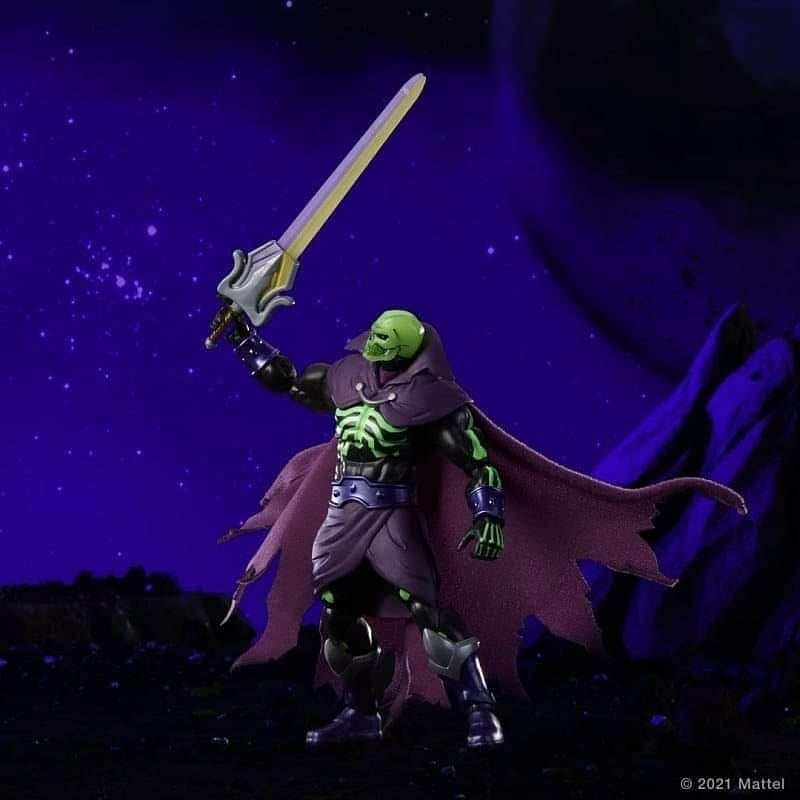 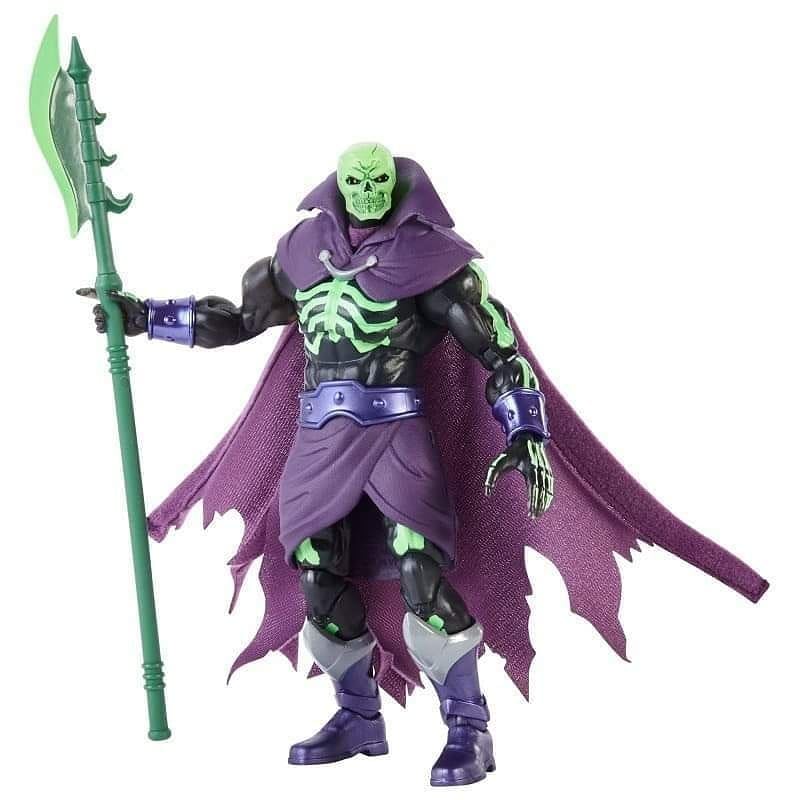 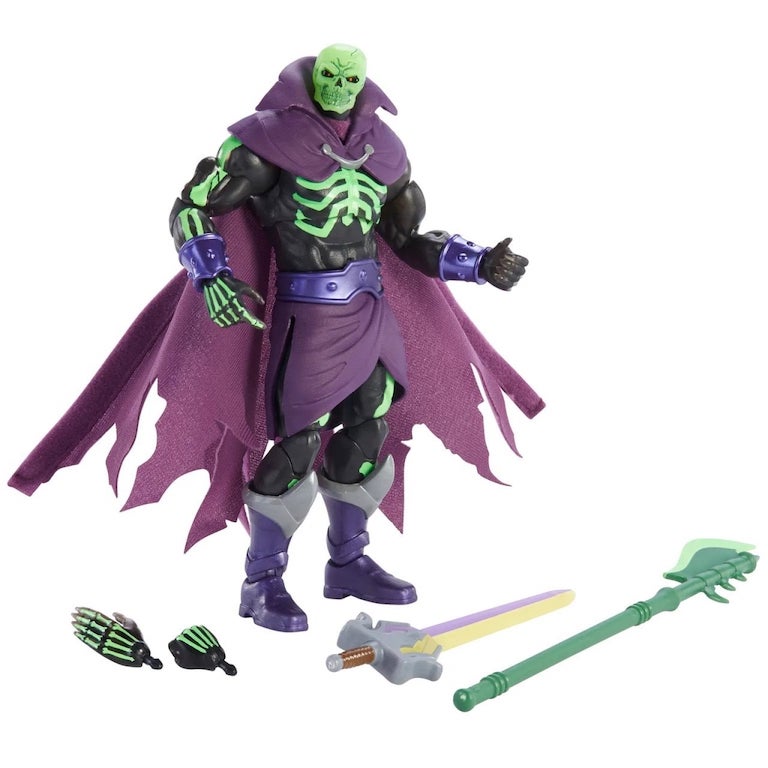 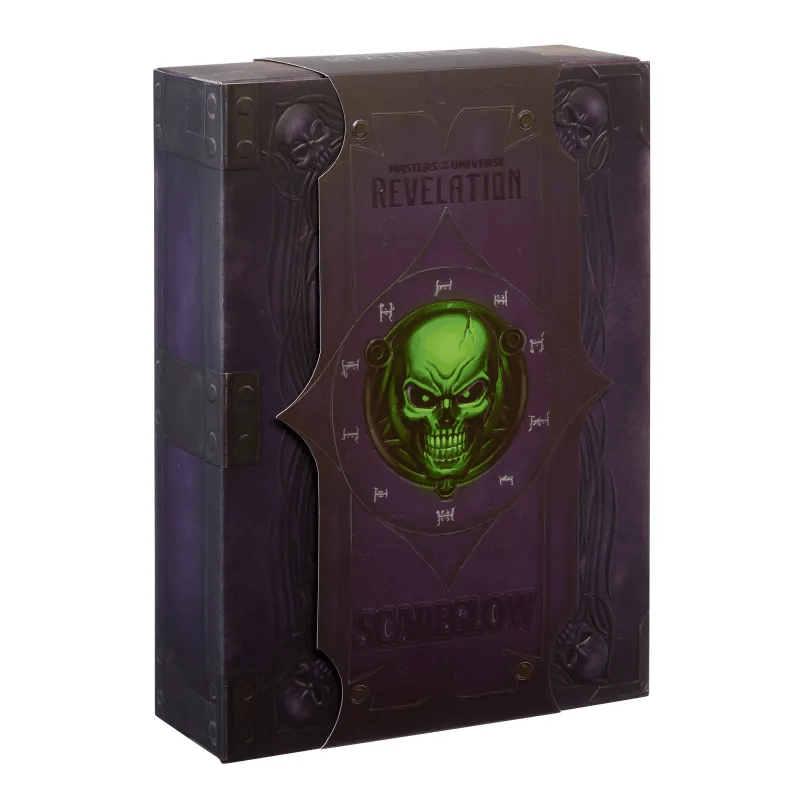 The Labbit has seen countless iterations over the years – that’s what happens when an iconic vinyl figure takes the pop art scene by storm – but this might just be the most powerful Labbit in the universe. But this time, we’ve really caught lightning in a bottle (think about it!). Collaborating with both Masters of the Universe and Frank Kozik himself, MEGA is mighty proud to unleash this buildable Battle Labbit. Complete with all of the Labbit’s signature features, this iteration provides a fresh dose of MOTU, paying tribute to Battle Cat as it will appear in the upcoming Masters of the Universe: Revelation animated reboot. Build it, bask in its beauty, just don’t actually battle with it. Why? Because this is more than a toy. This is art. SRP: $50 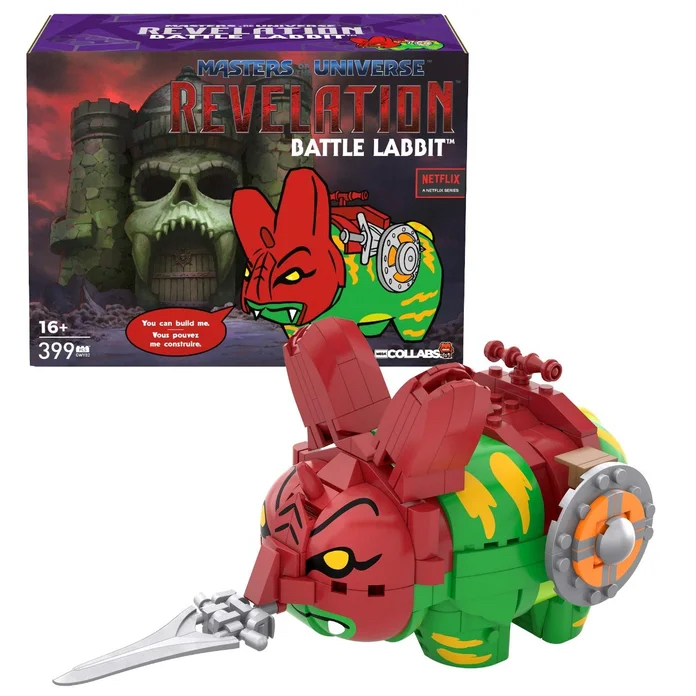 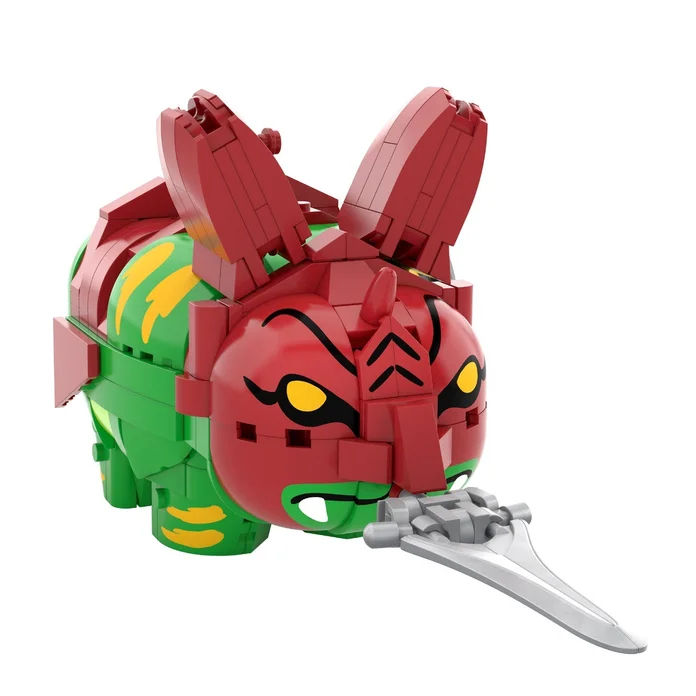 Beginning back in the 1980s, fans couldn’t get enough of He-Man® and his ability to defend Eternia® from Skeletor™ and the forces of evil. Now, in the spirit of that epic rivalry, Hot Wheels® has created a highly-detailed Wind Raider, the powerful Eternian jet, and Land Shark, a shark-like tank that terrorizes Eternia®. The Wind Raider sports the original signature olive-green hull, dark yellow wings, and skull deco and comes with He-Man® mini figure to ride the Wind Raider to victory. A fuchsia shark grazes the front of the Land Shark and features a Skeletor™ action figure at the helm with the mounted weapons on the back. MOTU® fans will want to collect this replica of the powerful jet-propelled military craft that transports He-Man® across the skies and just above the water of the Harmony Sea. Comes in artistic vintage-inspired window box packaging with insert that Masters of the Universe® aficionados will display with pride. Colors and decorations may vary. SRP: $35 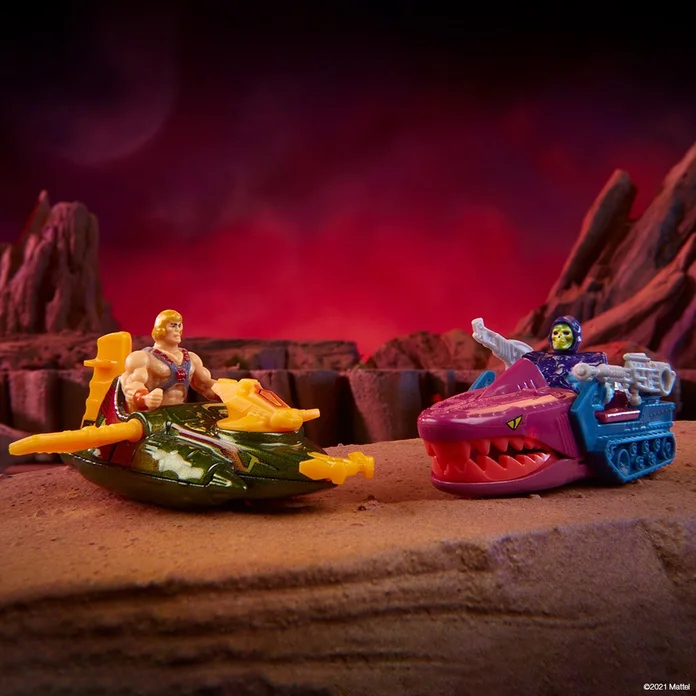 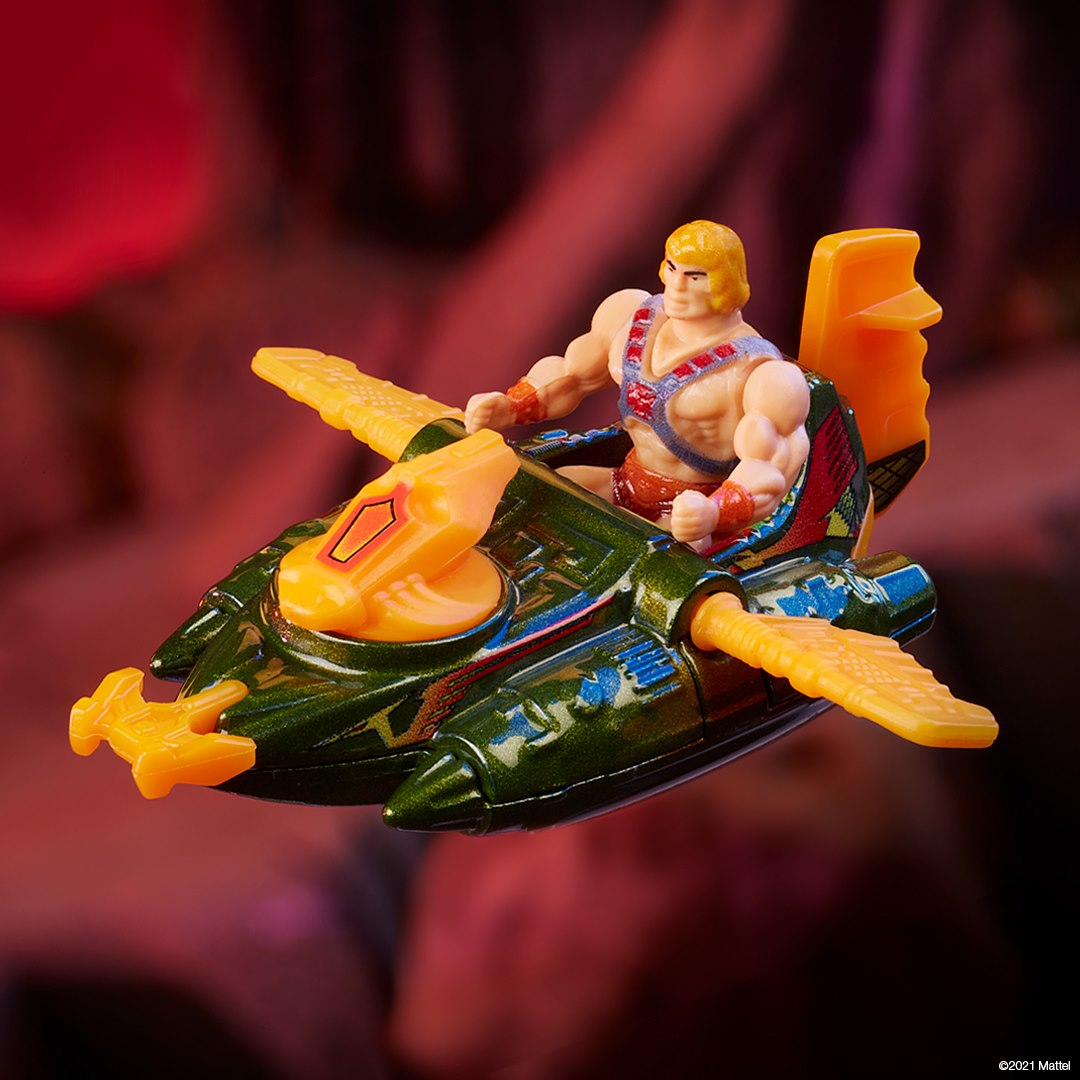 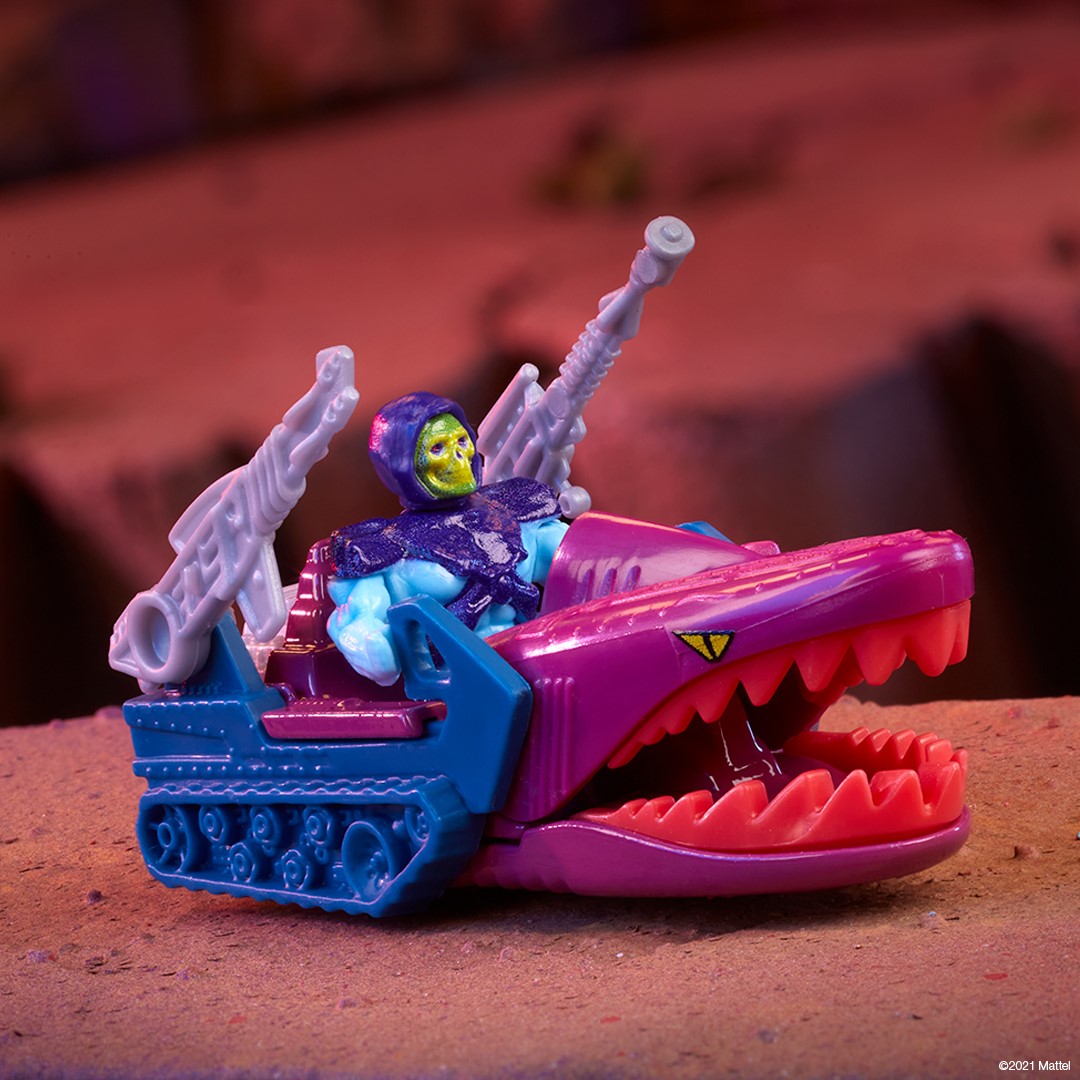 All of the exciting new Masters of the Universe toy releases will be available to purchase at Mattel Creations on July 22nd at 9 AM PST.

Season 3 of She-Ra and the Princesses of Power is set to debut on Netflix on August 2. Oscar-winner Geena Davis has joined the third season of DreamWorks’ GLAAD and Emmy-nominated Netflix original series She-Ra and the […]

Check out more great artwork from the Gallery 1988 – Power of Mattel art show. This was the second annual Mattel Art Show, and this year the show was curated by Chogrin and packed with great artists. The […]

Coming Soon from Funko: Masters of the Universe Pop!s

Coming in January 2018! The newest wave of Masters of the Universe Pop! is here from Funko! This series features Battle Armor He-Man and Battle Armor Skeletor, and the evil ocean warlord Mer-Man! There is […]