For the Honor of Grayskull! Mattel and DreamWorks teamed up to create an awesome new line of She-Ra and the Princesses of Power dolls. the figures are based on the character from the hit Netflix series. The dolls will become available for purchase at Target stores in the US starting in August.

Introducing the She-Ra and the Princesses of Power doll line inspired by the hit series! Dressed in outfits true to character, #SheRa fans of all ages can recreate their favourite scenes straight from the world of Etheria! #SheraXMattel #SDCC2019 #MattelSDCC

The first batch of characters are She-Ra, Adora, Catra, Bow, and Glimmer! 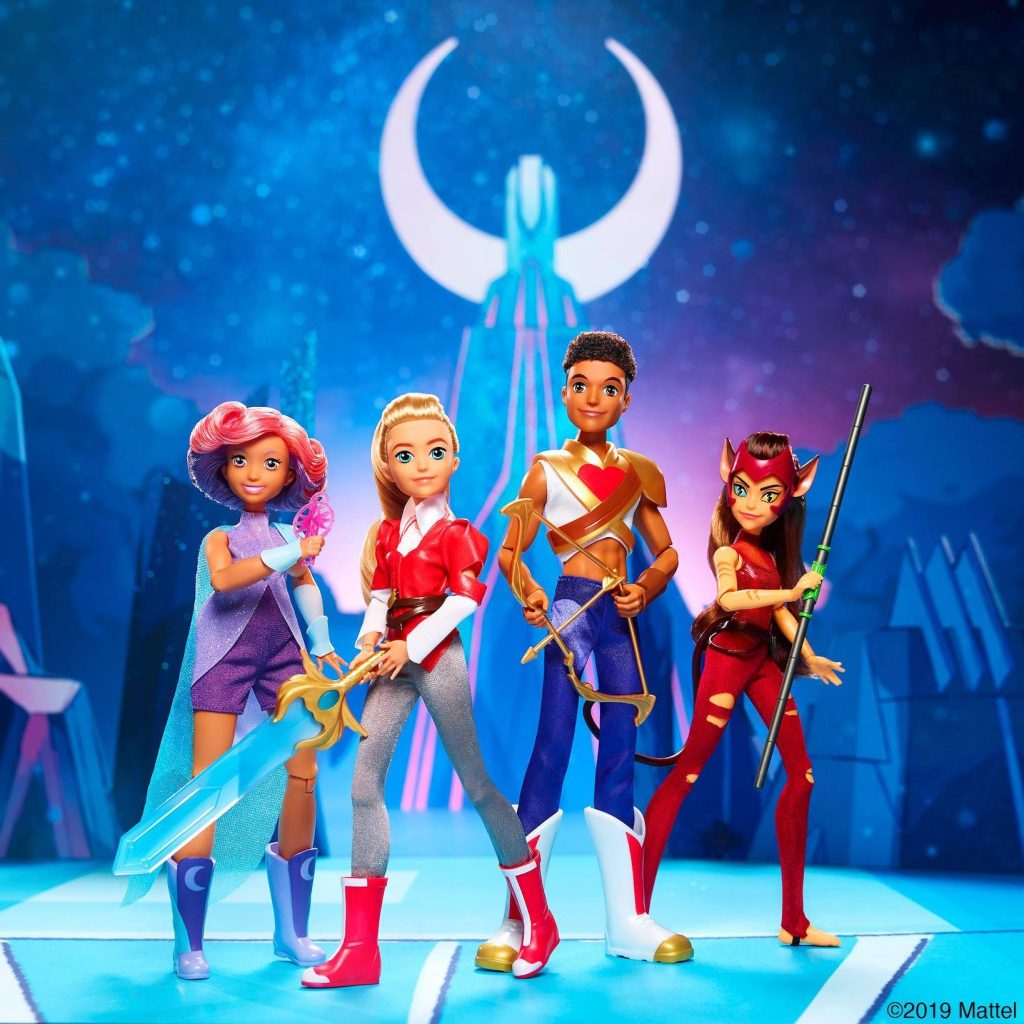 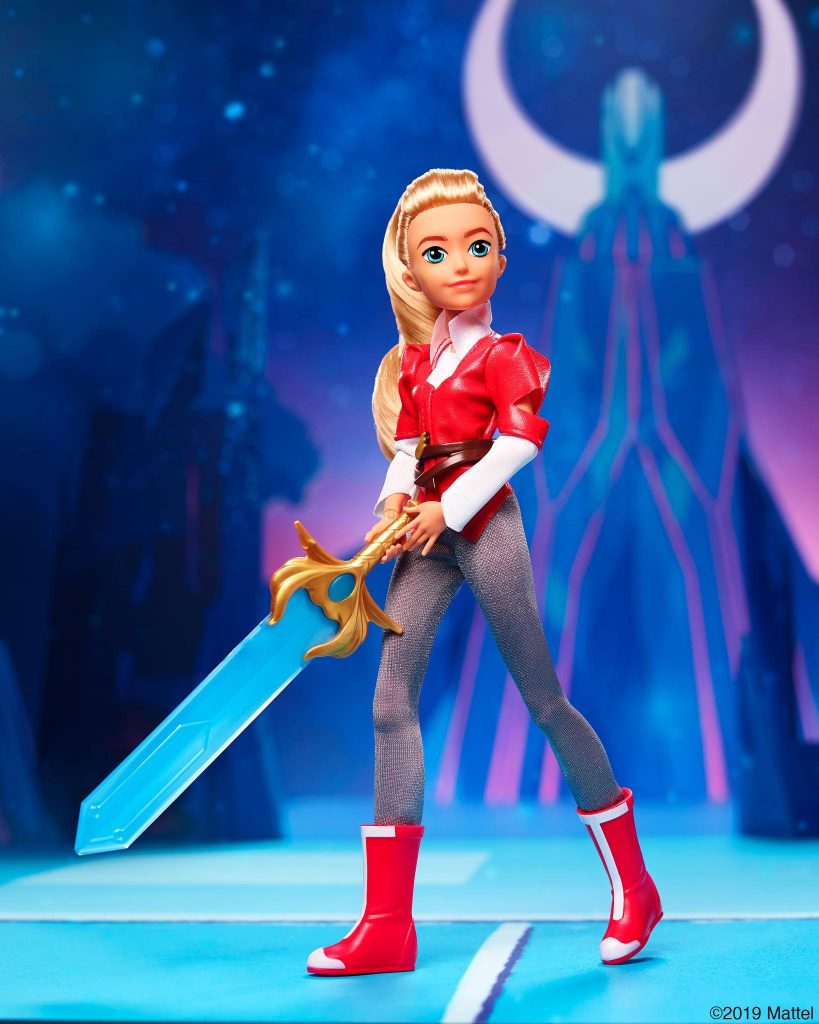 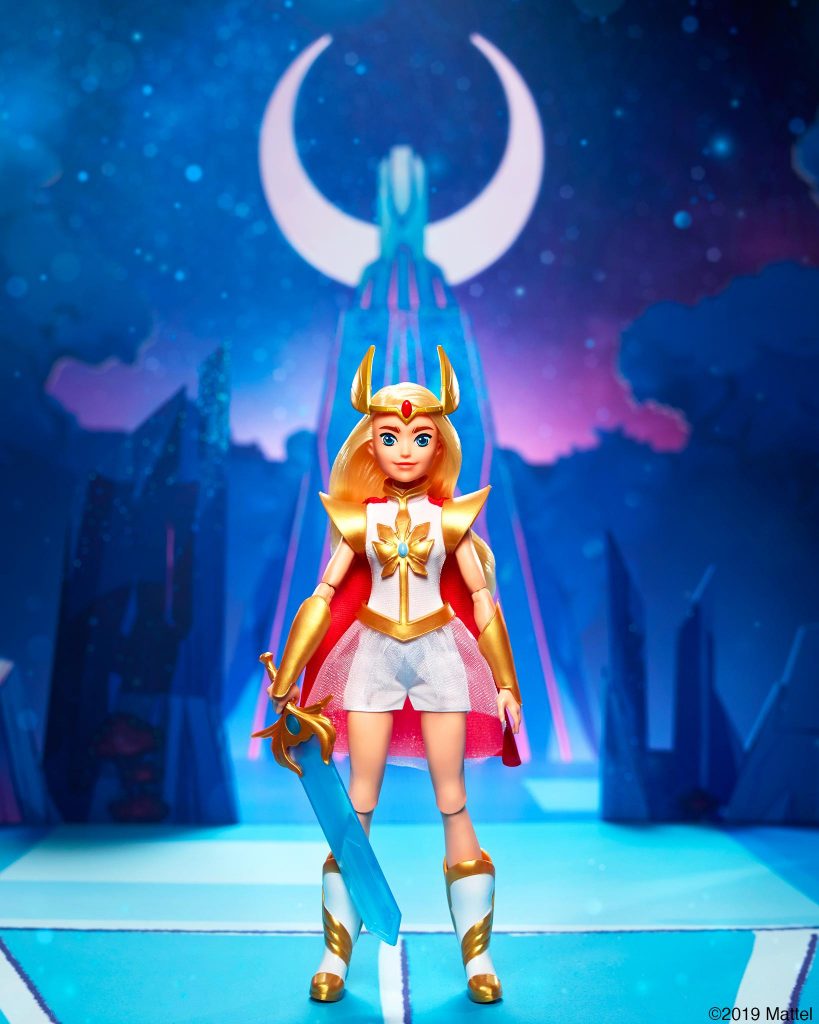 Help Battle Armor She-Ra doll and her trusty steed, Swift Wind, on their mission to fight for justice and overthrow The Evil Horde! Fans of DreamWorks She-Ra and the Princesses of Power can recreate their favorite action-Packed scenes, or imagine new ones, with She-Ra doll and her magical alicorn, Swift Wind. She-Ra doll resembles her onscreen character in a look featuring her iconic battle armor, gauntlets, boots and winged tiara. with 11 “joints” — in the neck, shoulders, elbows, wrists, hips and knees — this mighty warrior princess doll is ready for action-storytelling and powerful poses! She-Ra is powerful, but she’s even stronger with her majestic allicorn by her side. She-Ra doll can clip onto the back of Swift Wind to ride along, and when young fans move the alicorn up and down to make him “fly,” his soft, rainbow-coloured wings flap! Carrying her magical Sword of Protection accessory and dressed in her iconic battle armor, Battle Armor She-Ra doll is perfect for imaginative action-play. This collectible doll makes a great gift for 6 year-olds and up.

All of the She-Ra and the Princesses of Power dolls will be available soon at Target!

Check out the official DC Comics solicitation below: HE-MAN/THUNDERCATS #2 Written by ROB DAVID and LLOYD GOLDFINE Art and cover by FREDDIE E. WILLIAMS II He-Man has lost control of his Power Sword…just as he’s […]

Mattel is re-imagining their ThingMaker toys as 3D printers for children to design and print their own toys, in partnership with Autodesk. The original ThingMaker came out in 1963 and offered die-cast molds to create simple toys from pre-made shapes. […]