Check out the awesome new trailer for Season 2 of DreamWorks She-Ra and the Princesses of Power. The series is set to debut exclusively on Netflix on April 26th!

Adora is finally beginning to accept her destiny as the legendary warrior princess, She-Ra, and leader of the Princess Rebellion.  Still, there is much to learn as the threat of the Horde grows and Catra sinks deeper into the world of evil.  Season 2 of She-Ra and the Princesses of Power begins streaming on Netflix, April 26th!

Inspired by the popular ‘80s animated series, DreamWorks She-Ra and the Princesses of Power tells the epic story of an orphan named Adora, who leaves behind her former life in the evil Horde when she discovers a magic sword that transforms her into the mythical warrior princess, She-Ra. Along the way, she finds a new family in the Rebellion as she unites a group of magical princesses in the ultimate fight against evil. The series debuted last year to critical acclaim. 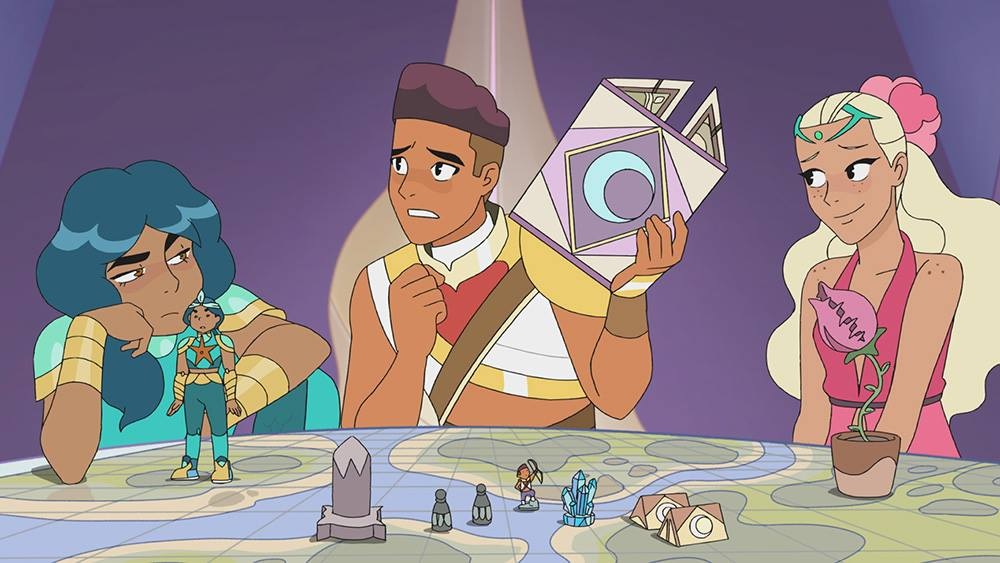 Mattycollector.com is at it again with a third teaser for their upcoming SDCC She-Ra item. Check out all that bling!! The Princess of Power has never looked so fabulous! Come back tomorrow for another teaser!‪ #‎shera2016 See […]

The fight comes to Hordak’s Lair with the awesome She-Ra Vs. Hordak ReAction 2-pack! Be sure to come by Hordak’s Lair during Comic-Con International July 18th-19th in San Diego to pick up these figures and more exclusive […]