Check out this fantastic artwork of the mini-comic Stratos in a sky battle with Buzz-Off, by He-Man World forum member Danbrenus.

Remember that Masters of the Universe cartoon episode “Sky War” by MYP, in which Adreenos and the Avions almost clashed in battle? I decided to take this concept further, to imagine who would win in a showdown between these two airborne warriors. I think most fans find it fun to imagine which of these heroic warriors would win in such a battle.

This art commission was done for He-Man fan “Granitebear”. I have to give thanks to Rebecca Salari Taylor (wife of MOTU artist Mark Taylor) for posting Mark’s original sketch of the Stratos jetpack that helped me with this artwork. 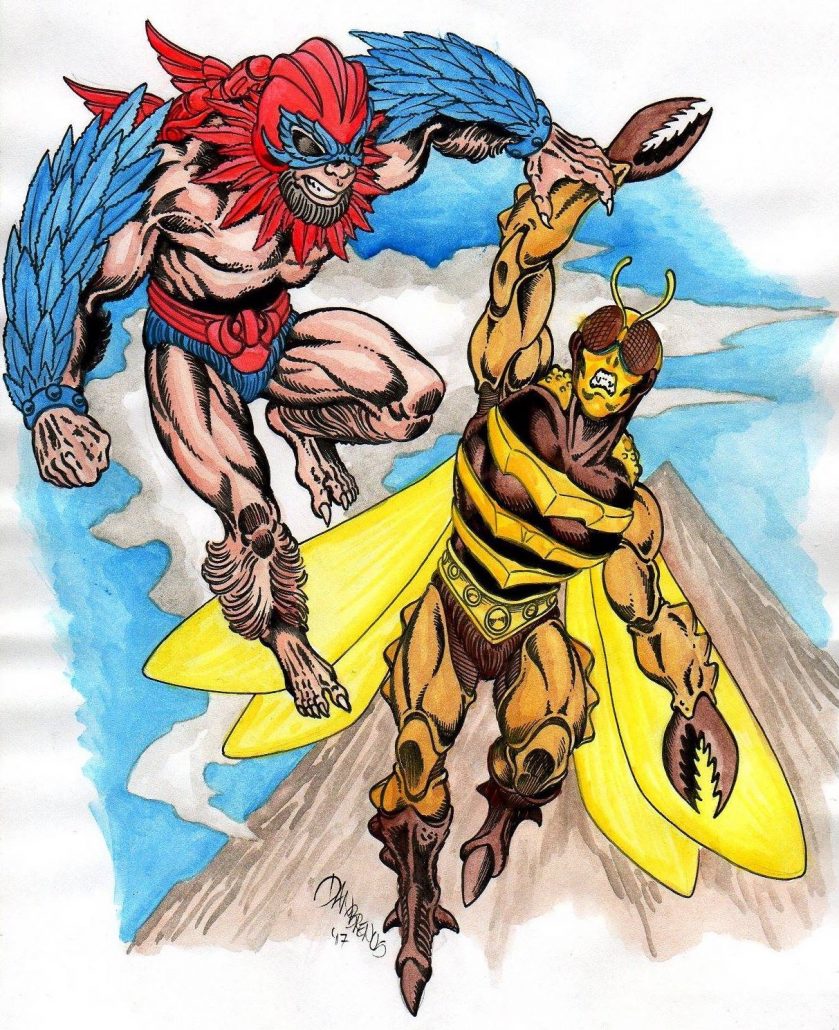 Super7 presents “Skeletor’s Lair – The Curse of the Three Terrors”. More details and announcements about Super7 + MOTU events and exclusives will be made in the coming days as we get closer to San Diego […]

The Loyal Subjects Black Friday Sale is on NOW! Big deals on everything in stock, including Masters of the Universe! FREE SHIPPING Eligible! The sale ends on Cyber Monday at Midnight PST! Read more by clicking […]

Mega Construx Heroes – Series 2: Teela and Beast Man from Masters of the Universe

Series 2 of the popular Mega Construx Heroes toys is now out in stores, and includes exciting new figures of Teela and Beast Man from Masters of the Universe!  These cool figures work with all Mega Bloks […]