DreamWorks Animation Television and Netflix reveal first image of She-Ra and a cast photo for the All-New Original Series She-Ra and the Princesses of Power.

For the honor of Grayskull! DreamWorks Animation Television has revealed the cast of the upcoming Netflix original series “DreamWorks She-Ra and the Princesses of Power”, set to be released globally in 2018.

“She-Ra and the Princesses of Power” is the story of an orphan named Adora (Carrero), who leaves behind her former life in the Evil Horde when she discovers a magic sword that transforms her into the mythical warrior princess She-Ra. Along the way, she finds a new family in the Rebellion as she unites a group of magical princesses in the ultimate fight against evil.

The trailblazing property originally debuted in 1985 to satisfy overwhelming demand for a female-lead fantasy series. With Stevenson’s unique voice at the helm, fans are instore for an epic and timely adventure that celebrates friendship and empowerment, led by a warrior princess tailor-made for today. 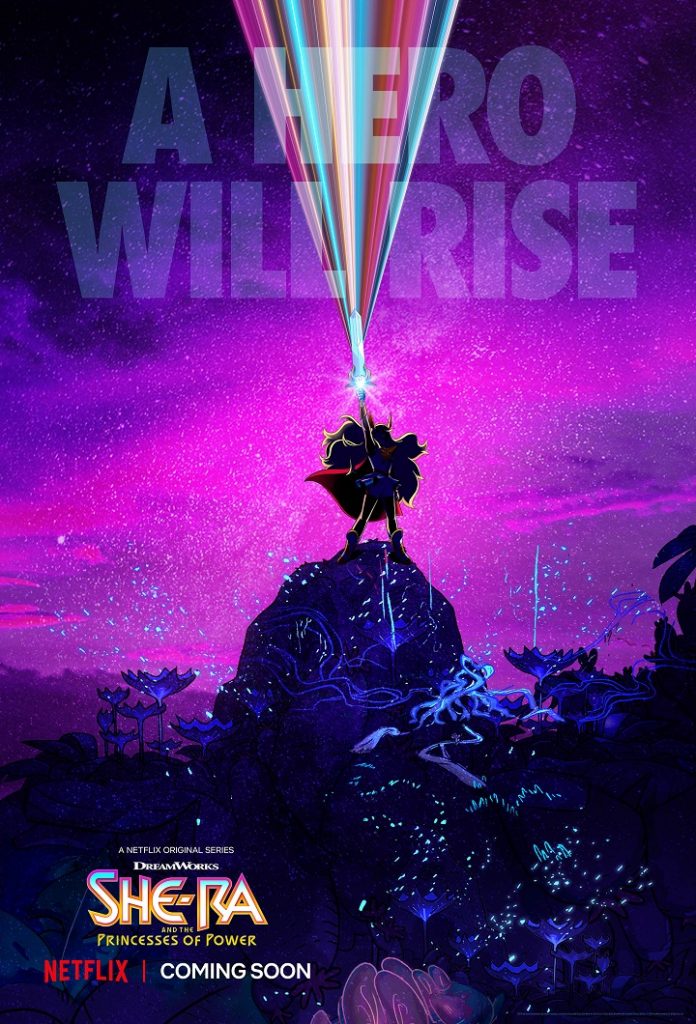 She-Ra fans, now’s your chance. The “second journey” update is now live! In this new update, you can enter the world of She-Ra, the Princess of Power. Level He-Man up to 1000 to play as the […]

The Nee Brothers to direct Masters of the Universe

Variety is now reporting that the directing duo The Nee Brothers (Aaron and Adam Nee) will be at the helm of the Masters of the Universe movie. They will replace previously-attached David S. Goyer (Krypton, Blade: […]

New Trailer: DreamWorks She-Ra and the Princesses of Power Season 5