Electric Boogaloo: The Wild, Untold Story of Cannon Films is a terrific look back at a long bygone era that produced some truly memorable movies. Directed by Mark Hartley and produced by Veronica Fury and Brett Ratner, Electric Boogaloo tells the story of two movie loving Israeli immigrants Menahem Golan and Yoram Globus who changed Hollywood with their Go-Go approach to movie making, with a focus on product and hype versus story and taste. 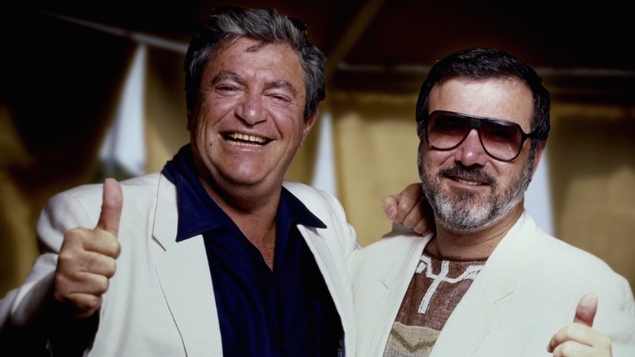 Over 100 former executives, script readers, actors, directors and producers were interviewed for the flick that is a breezy, funny and informative 100 minutes that serves as both an inspirational and cautionary tale. Schlock is always a term used to describe Cannon’s output of titles that usually involved sex, nudity, horror and action. Films like The Last American Virgin, Breakin’, Death Wish 2-5, Missing In Action, Lifeforce, Over the Top, Runaway Train, Bloodsport and Masters of the Universe would define their eclectic output of big and small titles, always looking to break out.

Interviewees look back with a sense of fondness and hilarity at the ridiculousness of the era where junk bonds financed Cannon’s slate and the two cousins were known as charming, overly passionate film fans and expert salesmen. So much that the Cannes film festival was nicknamed the Cannon film festival during their heyday as they promoted so many films and closed so many deals. Charles Bronson and Chuck Norris anchored their stable of stars that also included actors Michael Dudikoff, Lucinda Dickey, Catherine Mary Stewart, Robert Forster, Franco Nero, Jean-Claude Van Damme and Sylvester Stallone. Back when studios were putting out 8 to 12 films a year, Cannon cranked out dozens, many of the low budget and near exploitation variety. Even when they had a good movie like Runaway Train or Otello, people wouldn’t give them credit. But the lack of quality control and never stopping to assess the situation seemed to spell their doom. After expanding too quickly, buying up cinema chains and financing films that flopped, Cannon eventually could not keep up with their debts and Golan and Globus parted ways in a less than amicable split. The film does a great job of setting up who the two mini-moguls were, their personalities, vision, success and eventual failure. More than one participant had to put their foot down to get paid from time to time but the money was never going into the pockets of the producers, rather back into the film. 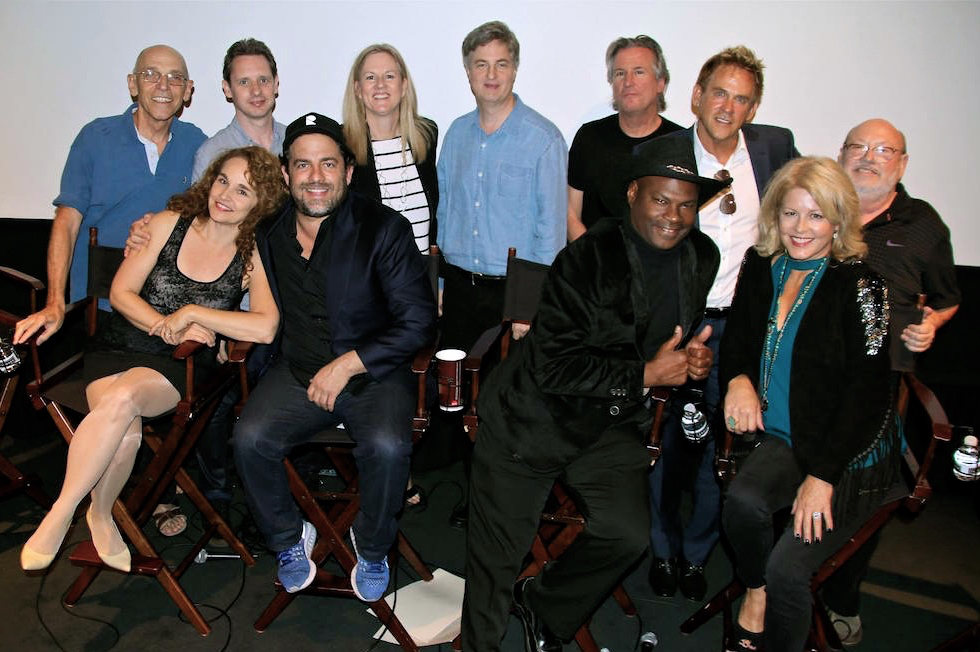 Warner Brothers had a special screening of the film at the Landmark Theater in Los Angeles on Thursday, September 17th. After the film, producer and financier Brett Ratner took the microphone and introduced an awesome panel that included director Mark Hartley, editor Mark Helfrich, director Sam Firstenberg, actress Lucinda Dickey and Michael Dudikoff. A shoutout to audience members and Cannon alumni like Sheldon Lettich, James Bruner and Diane Franklin among many more.

Highlights from the panel:

– Brett Ratner loved Diane Franklin in The Last American Virgin so much, he ended up dating lookalike Rebecca Gayheart for 13 years and nearly marrying her.
– Mark Helfrich was an assistant editor who would go in and fix things at night the actual editors messed up. Lead to a career long association with likes of Ratner and Craig Baxley.
– Firstenberg worked with Golan & Globus at their company prior to Cannon as a messenger and worked his way up to directing Revenge of the Ninja, Ninja III, Breakin’ 2, American Ninja, and American Ninja 2: The Confrontation.
– It always sounded like Golan & Globus were arguing in Hebrew when they were usually just talking about what to eat for lunch.
– Lucinda Dickey was a gymnast and classical dancer turned green actress who signed a deal with Cannon but retired after the Breakin’ series and Ninja III to raise a family. Apparently did not get along overly well with Sho Kosugi or her Breakin’ co-stars at the time.
– Michael Dudikoff had been a contract player at Paramount doing comedy, got called in to Cannon’s offices, which were quite dingy and sloppy, became one of their poster boys and would be “James Dean” of the company. Had to play hardball to get paid for a few projects but overall felt like he was part of the family and treated well.
– Cannon always wanted to be first when it came to similar movies and would push projects into production at the drop of a hat. If you landed a meeting, there was a 90% chance you’d leave with a deal. One filmmaker threatened to cut his fingers off if his film wasn’t made.
– Boaz Davidson, John Thompson and Avi Lerner would go on to build a modern Cannon Films called “Nu Image”. Avi Lerner offered Ratner $10 million to direct a Hercules movie but wouldn’t specify how much would be left to make the movie. Ratner declined and set up his own Hercules project starring The Rock. Lerner asked Ratner to shoot it at their studio in Bulgaria, and when he declined, he told Ratner that he would make his own Hercules movie and release it first.
– The Cannon renaissance is upon us as Firstenberg has provided a half dozen commentaries and the cult fan base is still alive and well.

The documentary hits DVD on Tuesday September 29th, and comes with 30 minutes of Cannon trailers along with 20 some minutes of deleted scenes. Much more was talked about and several audience members who worked at the studio shared quick stories. One saying it was a truly harrowing yet educational experience that taught him more than any school ever could. It was a great night that put the spotlight on many unsung heroes of my cinematic upbringing.

Duvien Ho’s first film in a theater was Masters of the Universe and he’s been spreading the gospel of the 80’s and 90’s ever since. You can read more of his articles on film and pop culture at www.dammagedgoods.com

Masters of the Universe Castle Grayskull Ornament from Hallmark

The Masters of the Universe Hallmark Keepsake ornament for 2021 has been revealed, and it is the legendary Castle Grayskull! Originally constructed from a single enchanted stone in the shape of a giant Power Skull, Castle […]

Great Scott! In celebration of Back to the Future Day, Mattycollector.com has some amazing offers on cool Masters of the Universe items! Castle Grayskull for $195.00 Battle Ram for $66.00 Giant MOTU figures for $37.50 each Wind Raider […]