Have you been enjoying the amazing lines of Masters of the Universe statues by Pop Culture Shock Collectibles? Are you anxiously awaiting for the next piece to arrive? We recently had the chance to talk with some of the people behind the statues. In part one of our interview we chatted with Jerry Macaluso, owner of Pop Culture Shock Collectibles, about the Masters of the Universe statue lines, who was kind enough to take some time to answer our questions.

1. What lead to Pop Culture Shock Collectibles getting the Masters of the Universe license to make statues?

I always ask myself, ‘what great properties havent been made as high quality statues?’ and MOTU was always at the top of the list. I had to wait a few years to have the capital to make the deal, and hoped no one else jumped on it first. I was lucky to get it !

2. Can you tell us what is the process of creating a MOTU statue? How long does it take for a statue to go from conception to the final sculpt, and what are the steps in developing it?

Other than He-Man (which was sculpted by Alterton), every MOTU Filmation style statue was designed by Emiliano Santalucia and sculpted by Alejandro Pereira. So in my mind they are the architects of this line. Each piece is finished up with a paint by Mike Najera. The artists work very fast so we can go from concept to finished prototype in about 3 months…however approvals can often really delay that.

For the ‘Classic’ line, which has a more realistic ‘Frazettaesque’ feel, it gets a little more complicated. Emiliano works with Eamon O’Donoghue and Dave Wilkinson on the designs and for the first piece, He-Man & Battle Cat, Jonathon Reilly was the primary sculptor. Myself and my lead in-house sculptor, Ryan Pintar, worked a little on each piece by doing some additional sculpting and painting to keep everything in continuity. For our next piece, Skeletor & Panthor, we have world famous sculptor Digger Mesch doing the sculpting. 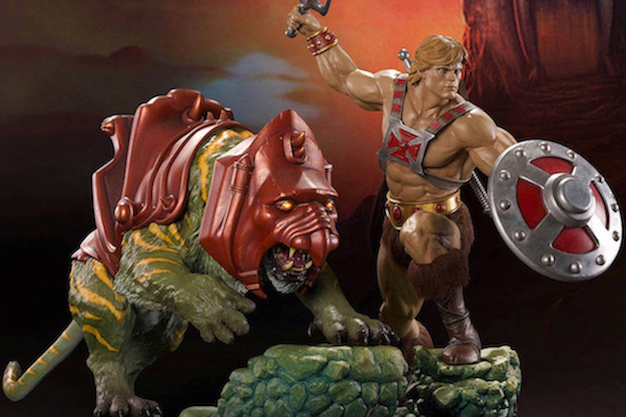 3. Do you have a personal favourite character from MOTU that you would like to see made as a statue?

I do. That would be Clawful.

4. The He-Man and Skeletor mixed-media busts are the most realistic take on these characters to date. What was the inspiration and creative process behind these designs, and how are these statues different from traditional statues?

My background is originally special effects so I have a soft spot for lifesize items done in high realism. Basically what id like to see in a movie. For the busts Ken Lilly sketched out the concepts and then Ryan Pintar sculpted them, working with Mattel to find a balance of realism while staying true to the characters. It was not an easy process as we didnt want to directly copy anything that has been done before by the Four Horsemen or other artists. We wanted them to be our version of the characters.

Funny story… When Skeletor was finished Mattel asked to see it in person. So we drove it down to the studio and they were shocked to see how huge it was. They are so used to working small it just didnt click how big a lifesize Skeletor would be. Thankfully they loved it and we had zero changes or notes. 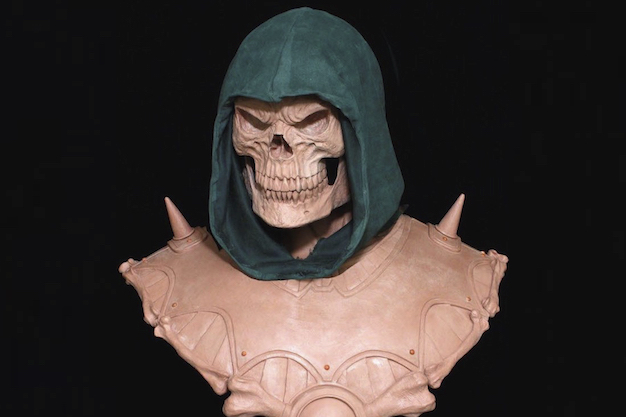 5. What else can fans expect to see next in the MOTU line?

More ! As mentioned above we have the Classic Skeletor and Panthor coming to go with the He-Man and Battlecat, and as long as sales stay strong, which they are, we will try another character in the Classic style…perhaps Clawful or Whiplash. For the Filmation line we recently include She-Ra Princess of Power into our license so we have Hordak, She-Ra and others coming soon, but we wont leave out the traditional MOTU characters. The next one up is a denizen of the Crystal Sea.

6. For all the He-Man fans not familiar with Pop Culture Shock Collectibles, outside of the Masters of the Universe statue line, what other projects are you currently working on?

We focus on nostalgic properties such as Masters of the Universe, Street Fighter, Mortal Kombat and Judge Dredd. All things I love from my youth. Letely we have been dipping into a different type of nostalgia with films I loved from my youth. We are doing collectibles based on An American Werewolf in London, Robocop, Legend, The Thing and more. So we have now become pretty diverse! 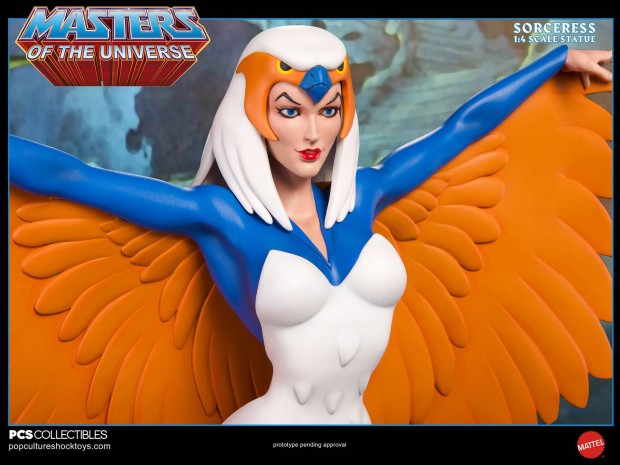 Many thanks to Jerry for taking the time to answer our questions. Come back on Friday for Part 2 of our PCSC interview series, featuring designer Emiliano Santalucia.

Check out these fantastic cosplay photos of Raychul Moore as She-Ra: Princess of Power! I adored working on my She-Ra cosplay cause she was always a character I looked up to as a kid. She […]

Masters of the Universe Vintage Wave 3 Pre-Sale on Now!

A message from Super7: By the Power of Grayskull! Super7 is proud to present the MOTU Vintage Collection, the original Masters of the Universe action figures re-imagined to match the character designs from the animated cartoon! […]